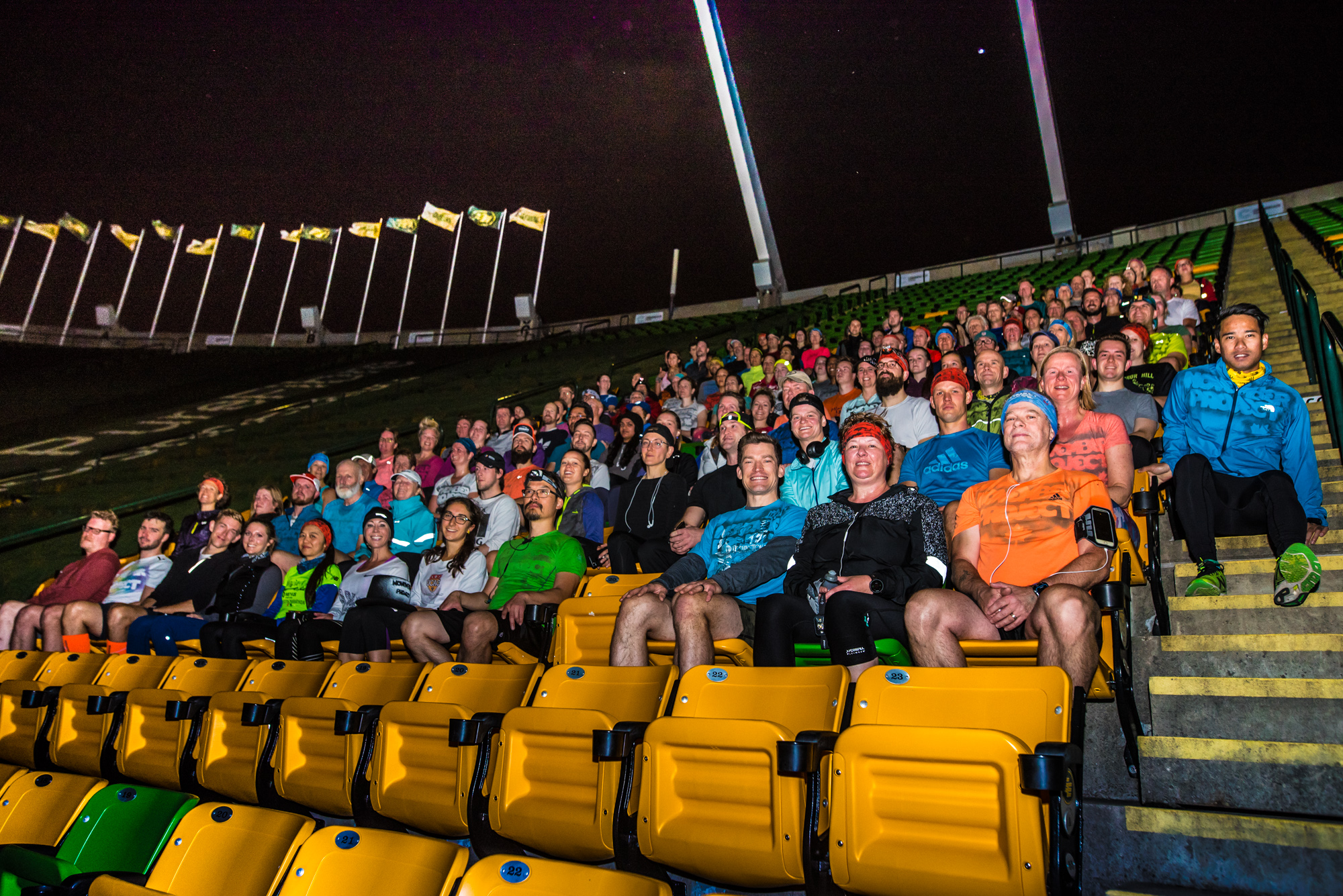 Well, the time has come. We’re at the official end of the light season. That’s right. Starting next Wednesday, we’ll be back at the Royal Glenora Stairs. The first day there is fun since it always hurts.

This time every year, I look back at how grateful we are to the people at the City of Edmonton who believe in what we’re doing to let us host workouts at the stadium. And, in particular, even more importantly, how grateful we are to have the amazing staff at Commonwealth who open the gate for us, in the early hours of the morning. As we mentioned in the announcements, if you have any thank you notes you’d like to pass along, bring them on Friday because we’ll be delivering it to them later that day.

Friday – We’ll be at Walterdale Hill for some good ol’ stair running. Optional to bring those thank you notes, and also any gently used clothes and socks for our NP Giveback. Clothes go in the truck. Socks in the Socks Bocks… Sox Box? Box Sox?

Next Wednesday: We’ll be at the RG Stairs. Don’t forget.