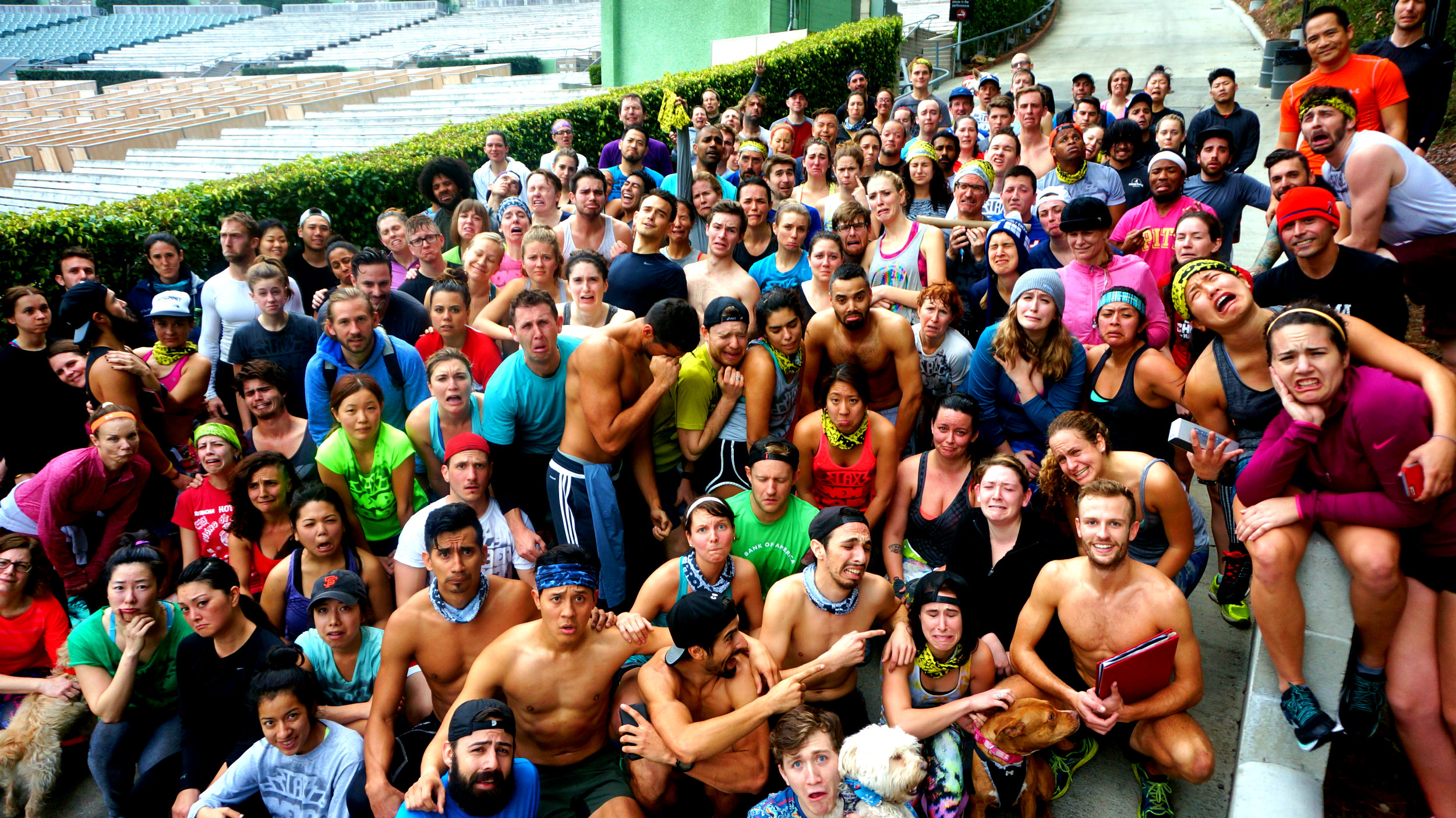 The first time you get to November Project and walk up to the group can be a little intimidating. We’d all heard the stories of hugs from strangers, the strength of the communities the tribes create, the sense of belonging, the difficulty of the workouts. ‘Will I make any friends?’ ‘Is this going to be fun?’ ‘Am I going to get to work on time?’ ‘Am I even capable?’ There’s just no template for NP in the day to day of our lives because it’s unique and change doesn’t always come easy. Change comes with a choice.

Rewind to about two years ago when a precocious young Englishman finishes his time at “University” in Boston and returns home to LA to begin his life. This man, seeing the people in his life and knowing that he himself would benefit, chooses to spread the love he experienced so often at the Harvard Stadium to the city of angels.
We know who Orrin is. We know what he’s done and we see the strength of his character in every individual who shows up. But the thing to remember is that Orrin made a choice. He chose to invest in himself, his city, his community. He knew that there would be difficulty ahead. He knew there would be times when he wanted to stop or that a voice in his head would say ‘It’s not worth it.’ But what he did was say “Fuck it, I want this for myself and for the people in my life so I’m going to make that commitment.”

Today in the Hollywood Bowl, I saw Orrin’s legacy in each of your faces as you climbed the stairs, chugged your way up ‘The Bitch’, burpee’d for 7 straight minutes and sweated your way to the fatigue and glory that you wanted. J-Baby is *BOLD STATEMENT ALERT* easily one of the most difficult workouts that exists in all of November Project and to cap it off with a Sebastian is certifiably insane, but you all did it.
Today I saw people make choices. I saw people who said to themselves ‘I don’t care how I feel in this moment, the way I work now will inform my future.’ I saw people who wanted to stop speed up. I saw people who had already worked out do everything they could to inspire their tribesmen and tribeswomen to go harder than they could.

Orrin will be getting on a plane next week and going very far away from us. But the best part is that he’ll actually never leave because he made a choice and so can you. Every day, choose to go further than you think you can because I’d put good money that you’re probably dead wrong.
We’ll miss our leader but he’ll be with us always.

Bon Voyage, Orrin. You know you’ll always have a home in the house that you built.
Do good, LA.
NEWS
FRIDAY – Meet 6:27 am at the Greek Theater in Griffith Park, where this whole thing started
Share via socials: