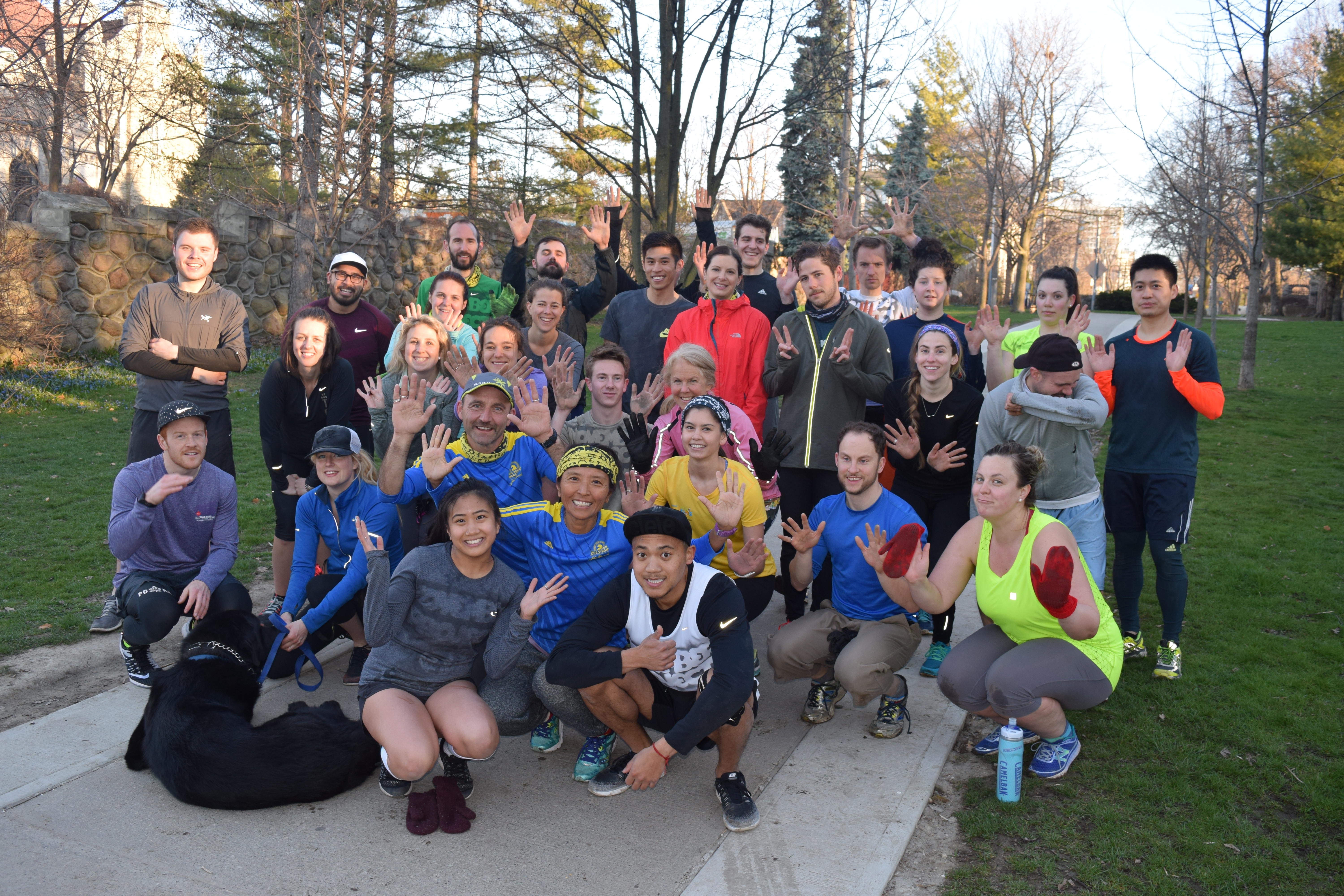 First off, I want to say a massive congratulations to Sherab and Ray who crushed Boston Marathon on Monday morning (as a training run), then showed up for ‘recovery burpees’ this morning. That’s pretty hardcore. And obviously everyone else who was there on Monday. Now I want to run a marathon again. I’ve seen literally (and figuratively) dozens of photos from race day, where November Project had a HUGE presence, but this one below has got to be my favourite, so I need to share it:

Michelle decided she’d rather be off sunning herself in Bali rather than workout with us this week. So while the cat’s away the mice will play. Or, whilst mum is away, dad gets super strict to compensate? Something like that. Either way, today’s workout was pretty fucking tough. I woke up early and got to the park early to do the workout myself, just to make sure that it was actually possible. Fortunately it was, and I’ve no doubt that some people did more burpees today than they had previously ever done before. We like shit like that.

We had our highest attendance to date, which we also like. Numbers were swelled by visitors by from NYC and Edmonton, returning faces and new faces completely. I got a lovely text this morning from Tanja saying “Thanks for making it something to bring my friends to”. Hearing things like that make our hearts swell, so basically where I’m going with this rambling is thanks for helping make this something that people want to bring their friends to. And more importantly, bring your friends to this!

Pretty sure I had planned to write more but my sleep deprived brain has failed me. I’m going to drop some announcements, sprinkle this post with some photos and maybe some magic dust, throw down some tri dips and then go cook some dinner. Happy Humpday!