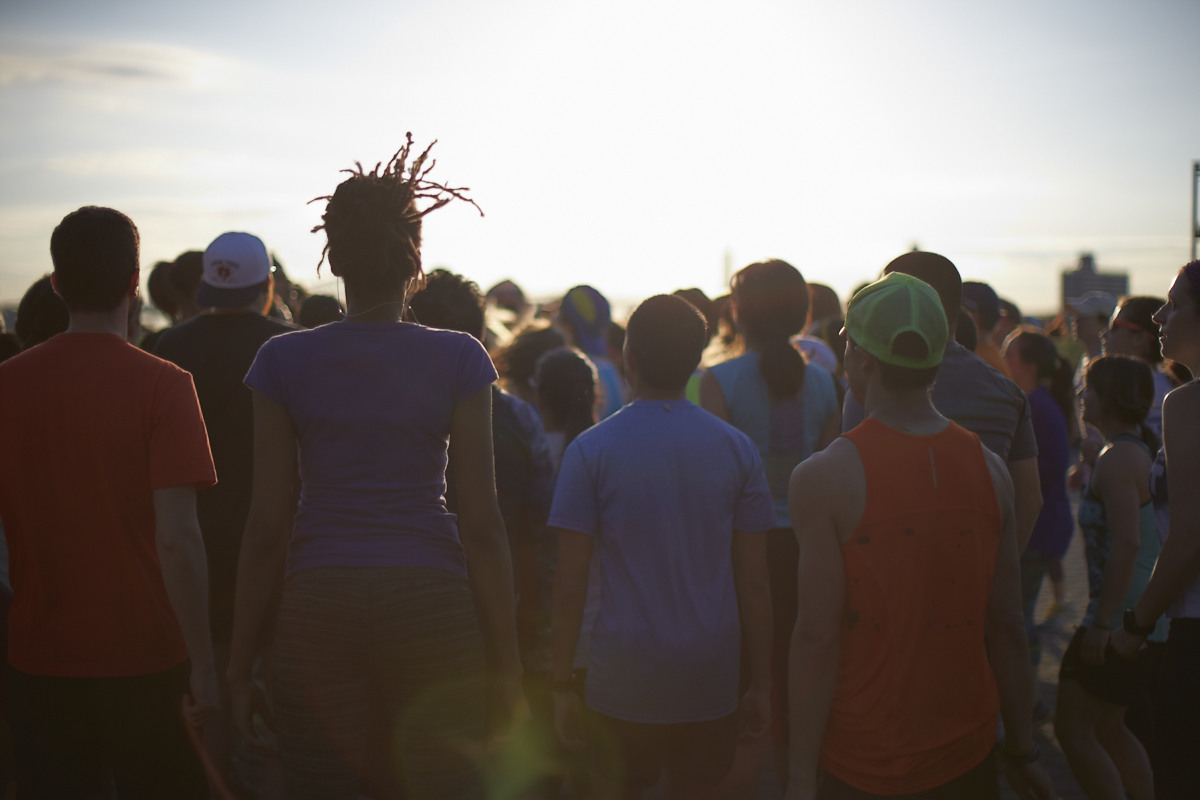 So have you ever played telephone before? Yea, well its a bit difficult to play when you can’t understand the person next to you and they are mumbling gibberish into your ear.  But then…THEN…..you get the translator that just knows exactly what was originally said and gets everything back on track.  You could feel that today at the workout.  Everyone’s week seemed to have started off on a funky week.  That vibe was just in the air.  Then, you walk up those steps to people.  That is when your day changes.  And its still all before 8:00 a.m.  Does it get better than that? NOPE. IT DOESN’T.

Telephone workout: run a lot up and down the steps.  Burpees and Step Ups.  Don’t stop.  Don’t take a picture of the beautiful sunrise.  We got a pretty cool dude named Sebastian that has all of that covered. Check out his snaps from this morning,

Positivity comes in many ways.  Ben Gross makes it rain with his videos, pics, and constant positive attitude.  Ben, you fucking earned that shit.  He will be repping that shit hard at #Mile3 of the BK Half.  Join him and the rest of the crew on Saturday in Brooklyn.

FRIDAY: Brooklyn Bridge Park, Pier 2.  6:28 a.m.  It is going to get REAL LOUD, REAL AGGRESSIVE, REAL AWESOME, AND REALLY REALLY GOOD.  Like way above “this shit is good.”  You can take that to the quote bank.