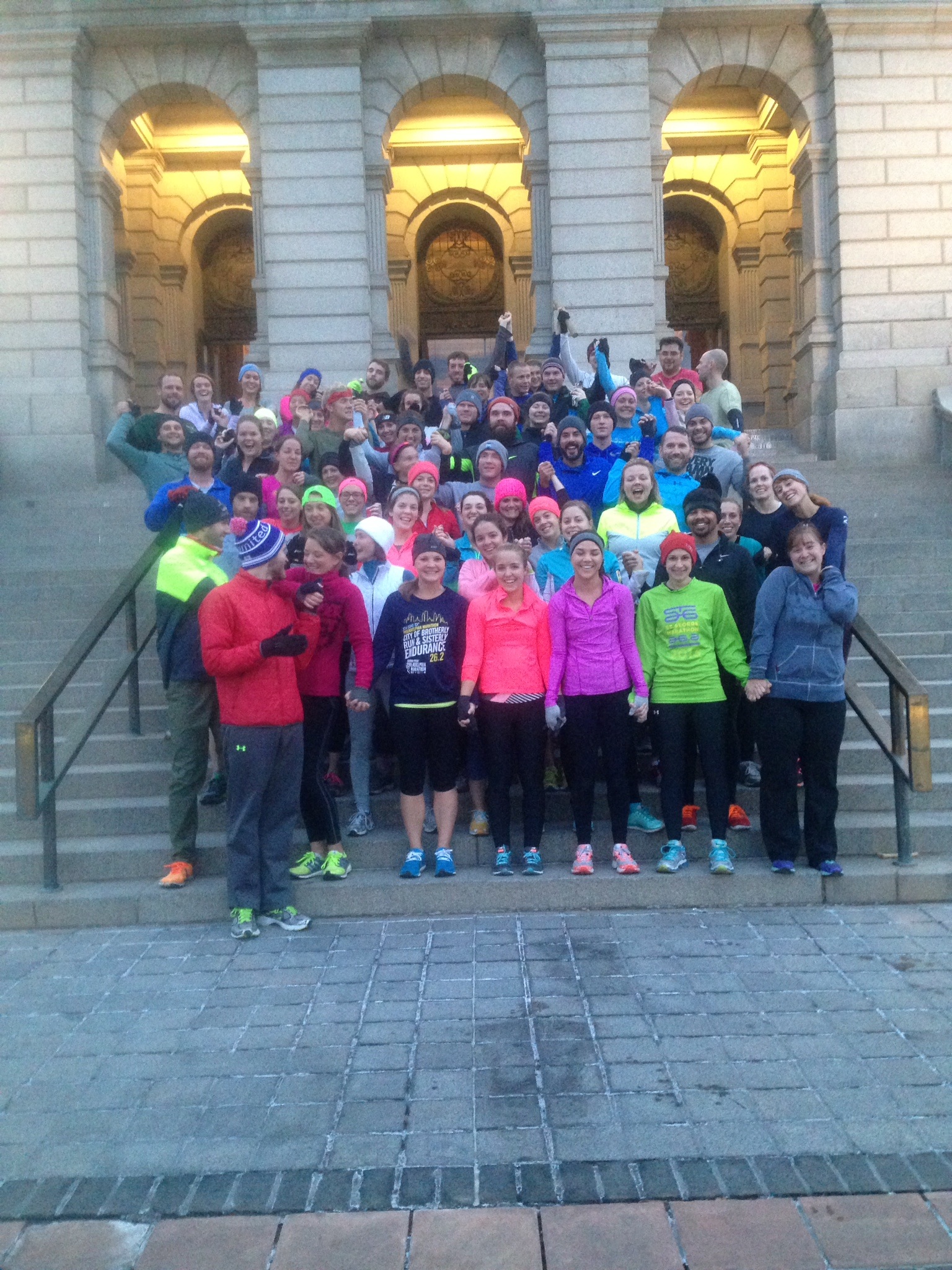 Today we did the Madison workout. Today, we Madison’ed next to TeePee construction. I’m sure you all did great during the workout but truth be told I was too captivated by the construction going on next to us to notice the 70+ people running around me. There was murmur in the crowd of intelligent tribes members that the teepees were the state’s way of politically correctly celebrating the holidays. If you can’t go straight nativity scene, and you can’t go straight menorah, you naturally go with the teepee. Right? Wrong.  As you hopefully inferred, that’s illogical. Rather, the teepees were constructed today in honor of the 150th anniversary of the The Sand Creek Massacre, in which troops from Denver horrifically murdered Native Americans in pursuit of westward expansion and gold, and then paraded around Denver with body parts and limbs as if it was the Macy’s Thanksgiving parade in New York. It was so distasteful in fact that both the governor and the colonel driving the massacre had to resign. But that’s not all that’s fucked up. The horror of the scene eventually got muddled as war with the Cheyenne and Sioux waged on for years to come, so we went ahead and built that statue that we run around every Wednesday to honor Colonel John Chivington, the dick that ordered the massacre. If you look closely at the statue, you will see four holes were a plaque once commemorated the victory of the battle of Sand Creek. At least we had the sense to take that down. You have just been educated. I bet you did not see that coming.

IMPORTANT: On Friday you are in the capable hands of Teresa Coach Miller at the CONVENTION CENTER STAIRS (6:15AM Only). This is because the LtGen and a few of our men will be heading to the dangerous streets of San Francisco to achieve glory at the North Face Endurance Challenge Series Championship event along with 100+ of our other closest NP friends.