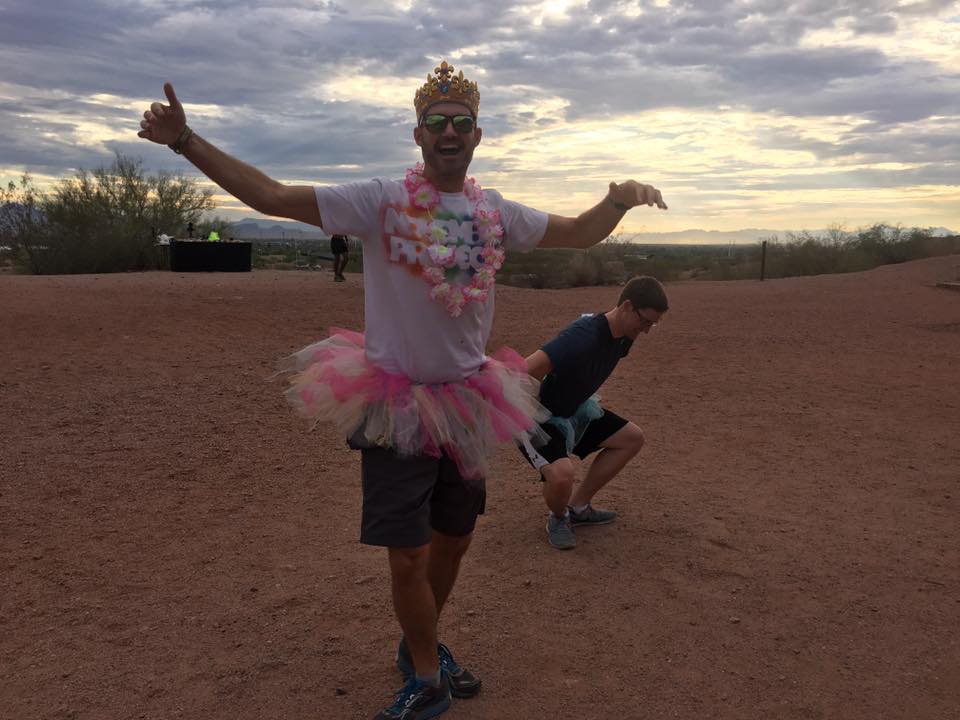 This past week has been crazy. As in, waking-up-vaguely-recalling-that-something-awesome-happened-last-night-but-not-having-a-moment-to-fully-appreciate-it-because-you’re-still-raging kind of crazy.

This week’s workout was silly. Liesl asked for one tutu on Tuesday night to celebrate Wayne and Jacob’s birthdays, and then a half a dozen of you showed up in them for reasons unbeknownst to me? Jamil and Schuyler filmed an episode of Mountain Outpost (check out their Youtube channel, you will not be disappointed), in which they attempted to eat a dozen donuts and run as many sets of stairs. I won’t spoil it, but the tribe thanks you for all the extras! You got to meet your neighbors, as we broke into neighborhoods (Tempe represent!) for group exercises. And, from a personal standpoint, Meg and I FINALLY had a chance to bring the twins to a workout. They loved it. They loved you guys. They now want their shoes tagged, like a pair I have at home. And they loved the donuts. read more