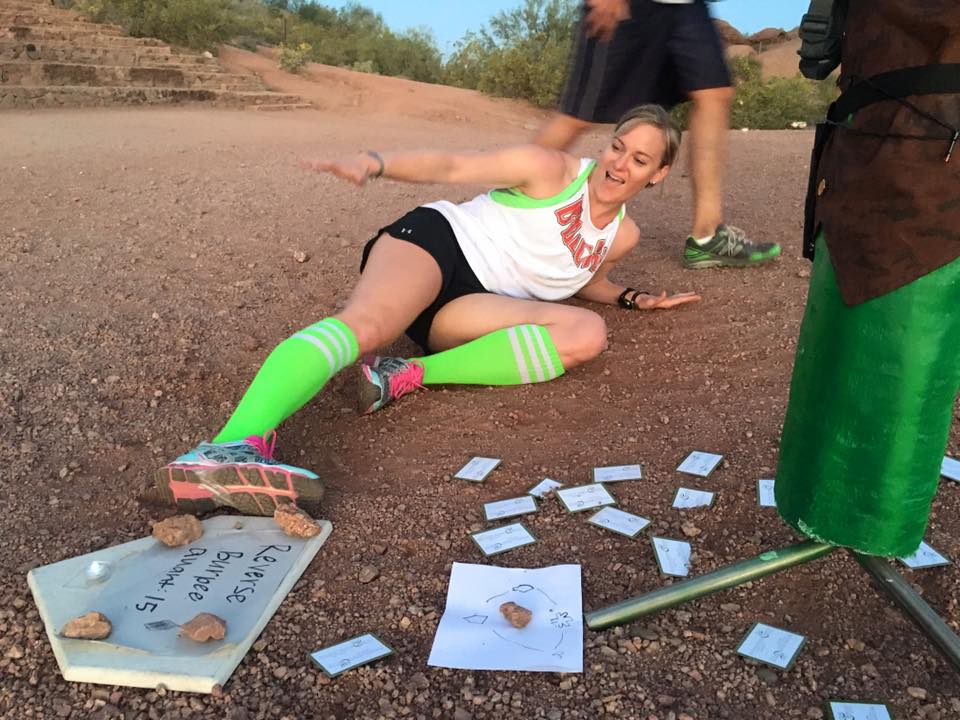 The tribe hit a grand salami today. Carve out a bust, send it to Cooperstown: this crew is HOF-worthy. Consider the baseball workout crushed. And by that I mean that I failed to communicate effectively (or you failed to listen), so nearly everyone gave 110%: stretching every hit into a home run rather than run directly back to Wyatt, doing the workout at each base instead of just the one corresponding to their hit, going spikes-up to break up a double-play, the works. It was glorious, and made only better by the appearance of a Positivity Award carved out of an actual baseball bat that itself was carved out of a tree trunk split in two by lightning. read more