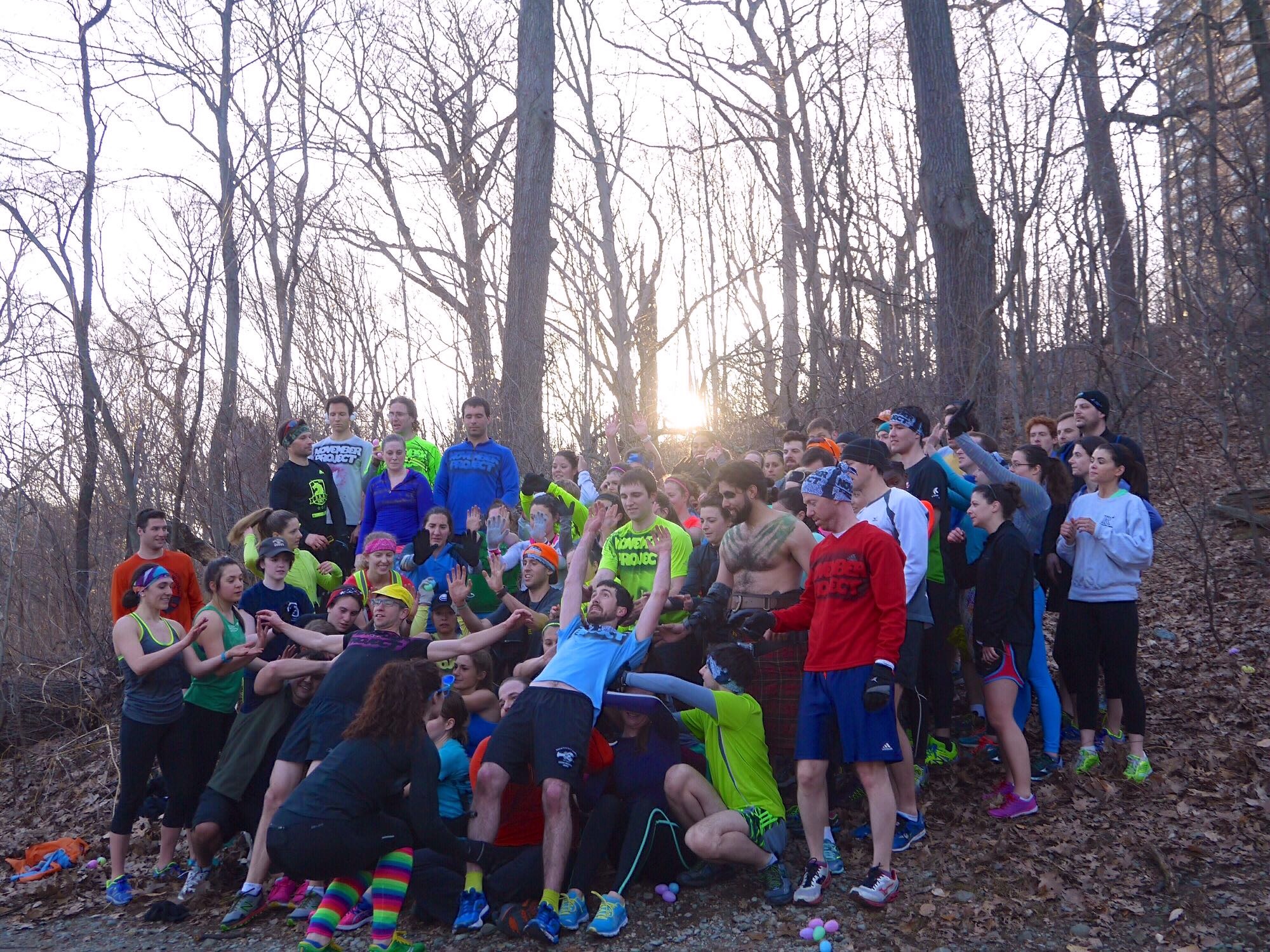 “You can’t stop the waves, but you can learn to surf.”  –Jon Kabat Zinn

The seas of life can be pretty intense sometimes, and it’s often easy to feel like all the pressures of the world and our internal lives are bigger than our abilities to handle them.  It can be as big as our jobs, family decisions, births, deaths, where we live. Also training for big things like the Boston Marathon, ultra races, or your first 5k. And balancing sleep with working out, time with important people, and the other things we love to do in the midst of all our responsibilities. Life really isn’t easy.  Feeling like a small speck in the middle of a big ocean can be overwhelming.
Learning to surf, however, means finding a different vantage point from which you experience the tumultuous waves.  No longer do they crash over you, forcing you to lose your breath or struggle to stay afloat, but instead you can ride the powerful surge and let it move you to a new place.

Today, Run-Deck-Run involved getting to a wooded area near Jamaica Pond, where we did an Easter Egg Hunt/Plank party.  With a partner, one person held a plank at the starting area while the other person ran off up and down the hilly trails looking for Easter Eggs.  When they found the stashes of eggs, they took one, and brought it back to the planking friend, whose core muscles were just about to burst into flames, and they went off on their own hunt for an egg.  Teams gathered as many eggs as they could until all the eggs were found.  It was also cute how the eggs were so carefully protected by the planking partner.  The number of eggs your team collected is the number to record for your NP score today. Only a couple of tribe members were lost in the woods. The good news about this is: we have an unofficial time for the “longest plank hold ever” to submit to the Guinness Book of World Records because one runner took so long.  The bad news is: that particular tribe partnership may be over because the planker is no longer speaking to the runner who got lost.  The funny news is that because the runner took so long to find the egg, the planker had enough time to write and entire “We Missed You” blog post about their partner while they waited to continue the workout. And the deep thought of the day is: when you plank, can you/do you find a way to surf the waves of pain and challenge, or do the waves smack you down?

Today was also Evan’s birthday, and he picked the location because he was so excited to share some of his favorite trails with the tribe.  He enjoyed the HAPPY BIRTHDAY banner, cake, and rogue birthday singing at the START of the workout, but running there with the tribe was all the birthday gift he needed.  He still had us do 7 minutes of burpees anyway and that was like a beautiful, sweaty birthday gift for all of us.  Then we crowd surfed him and his birthday buddy at the end of the workout.  I guess it’s just like the quote…you can’t stop the years from going by or the birthdays from happening, but you can appreciate your #Community and friends, and birthday surf!

May all the waves of the day and this week be ones that you surf.  And if they’re looking a little big or scary, don’t forget you’ve got a community that will help you surf.  Definitely show up this week, it’s gonna be an epic one!

The Tribe is Strong.

#GrassrootsGear tagging on Wednesday at the Stadium.