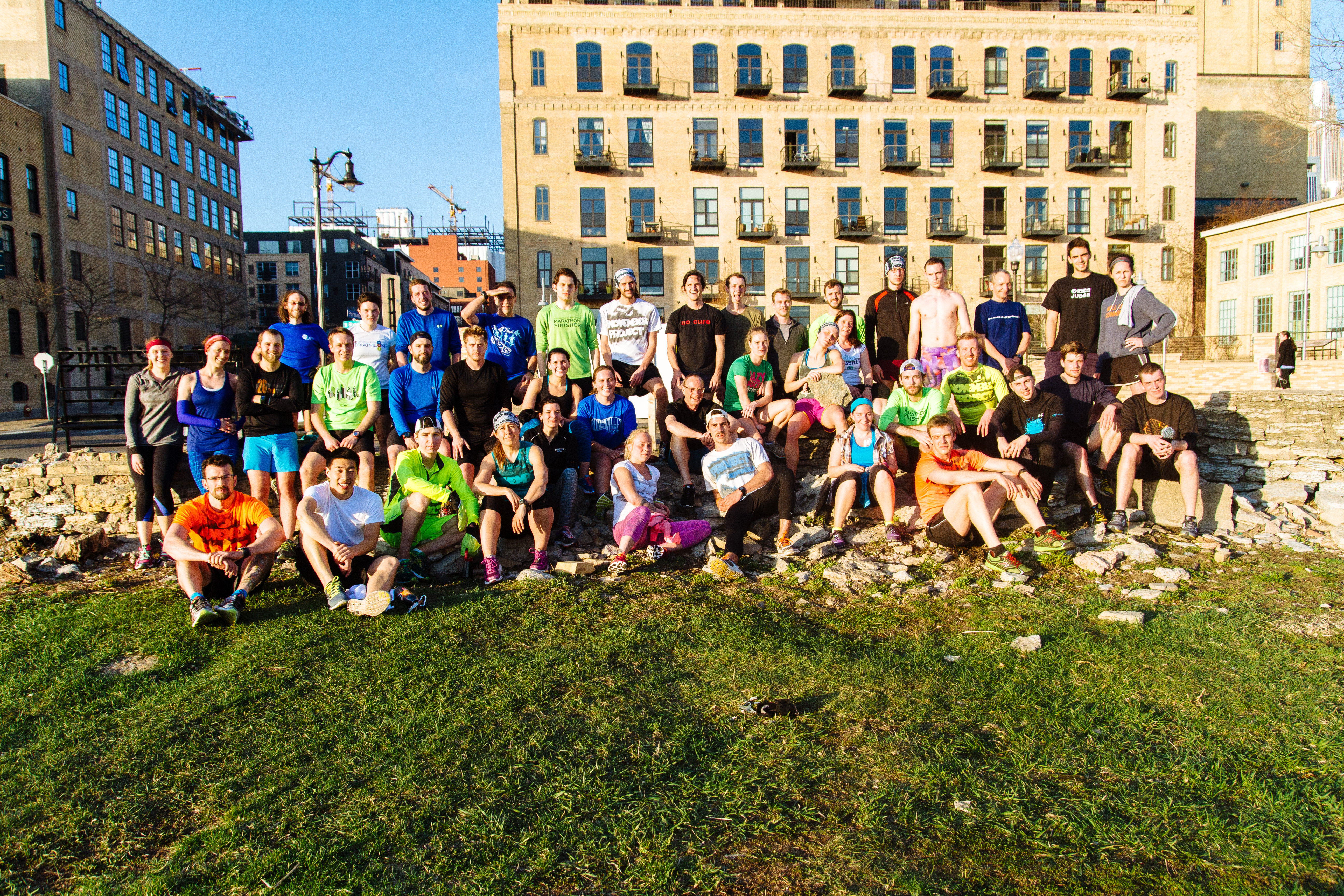 The ice and snow are gone off the Stone Arch Bridge and the sun comes up just a few minutes earlier each week.  It’s a great time here in Minneapolis, a great time to get after some sprints.  Today’s workout was shuttle-esque, consisting of the Stone Arch Bridge and ~40 human bodies sprinting back and forth on it while doing burpees and hoisties in between.  Beginning on the west side of the bridge, incredible human beings (MSP tribe members) toed a well-crafted chalk start line.  From here, these crazy folks took off find the next artful chalk line bestowing unto them 2 burpees. They then sped back to the start to do 4 “ass to the ground” hoisties.  10 chalk lines were located on the bridge, associated with a 2-fold increase as one continued to travel from west to east across the bridge. With the final burpee count at 18 completed, fearless leader Ben Bauch grabbed the cowbell that was placed just beyond the last chalk line, rang it, and ran back from east to west while gathering the rest of the tribe with him.

The tribe congregated for some announcements and a small photo shoot on Mill City Ruins rubble. The lumberjack award went out to Mel Somers from Cyndi Hovey, who pointed out the real transformation we have seen in Mel.  She is so STRONG.

The Positivity award was given from Jeremy Reichenberger to Natalie Heneghen. Get to know her. She’s fierce.

It’s race season and this tribe is fast.  They’re getting faster, stronger, and more fierce every single Wednesday. You want in? #justshowup

Catch us next week!

Some Shout-outs this week:

Way to go Carly Danek on finishing 2nd overall in your 50k!

Get after it Cyndi in that half-marathon!

C-Mac (Colleen MacDonald), you’re gonna kill it in your 50k this week.