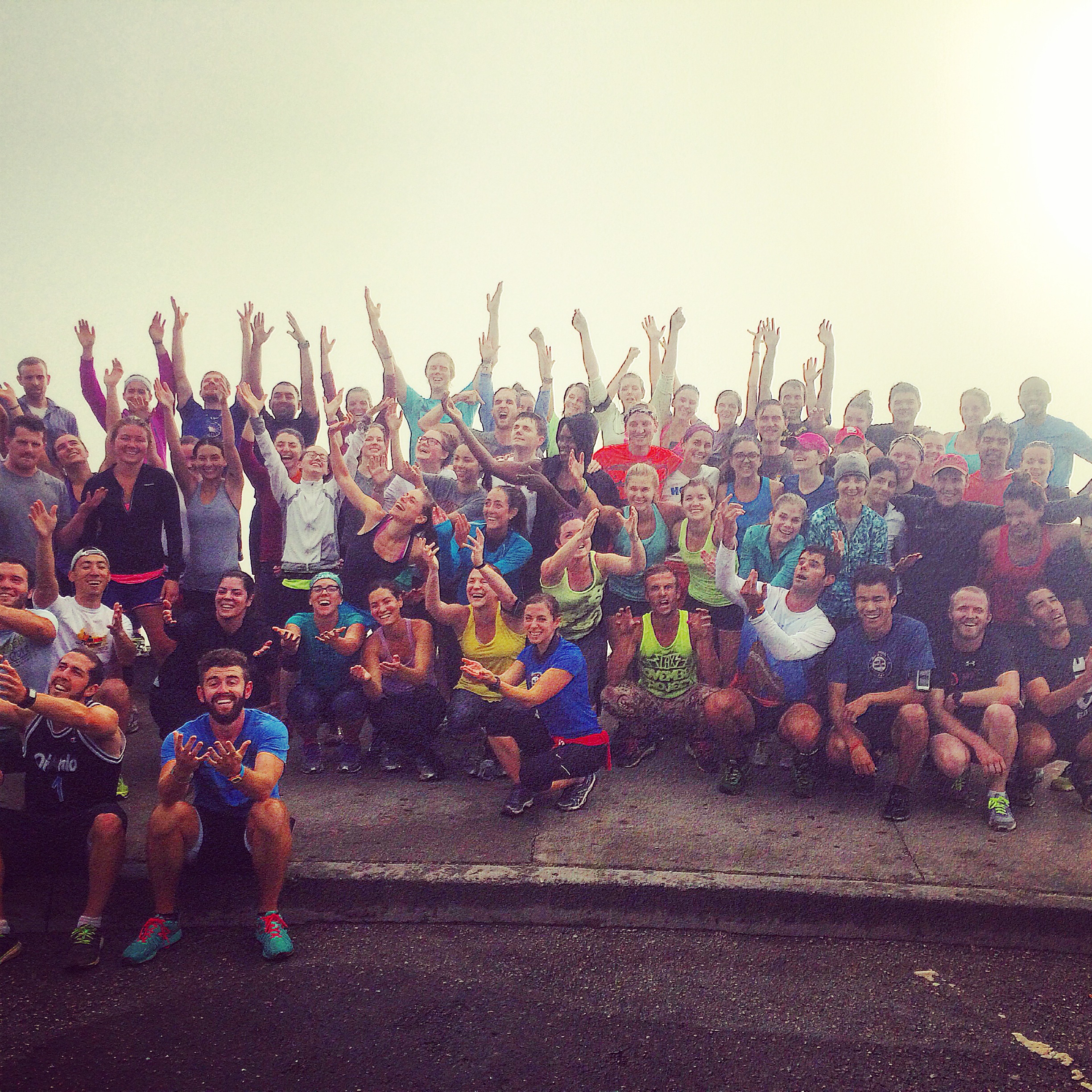 Am I imagining things, or did a billion people show up to Twin Peaks this morning? Twin freaking Peaks, man!? The distant (but actually not that distant at all) location typically gets a couple dozen people to turn out. But not this morning, nope. This morning we had 70+ guys, gals, and Pete Kruses show up looking to start their weekend off right. And start it off right they did! Consequently, Twin Peaks now stands a couple inches lower than it did yesterday. Why? Because 70+ NPSF-ers stomped the shit out of it for half an hour! So, what accounted for the boost in attendance? I’m not sure, but here are a couple variables that may or may not have had something to do with it.

1.)    Orrin Whalen of NP LAX was in town and everyone wanted to see him do that weird belly dance thing he did in the April Project video in person. (If this was the case, we’re sorry to disappoint.)

2.)    NPSF-ers were mindlessly ignorant to the fact that we’re in fog season and thought that maybe, just maybe, they’d be able to see the sun for more than 10 seconds. (Again, shit, we’re sorry guys.)

3.)    It was Pete Kruse’s last day and a bunch of people wanted to make sure that they got back all the stuff he borrowed from them over the years. (Still waiting on that VHS of Land Before Time dude, don’t mess with my Littlefoot!)

4.)    Sunish used his remarkable powers of persuasion to enlist 30 people to meet him at 5:00am to watch a sunrise that was never going to happen.

(This definitely had something to do with it. 50 comments?! Seriously people?)

Even though we didn’t get a sunrise, the conditions were actually kind of amazing. The fog socked in so close that it looked like there was nothing else in the world but you, the hill, and your tribe. Check out this picture below which looks like the finisher tunnel is pulling finishers out of a mysterious grey abyss.

5.)    … just maybe, 30 irregular attendees remembered that November Project is the best way to start their day and finally managed to avoid hitting the snooze button like a morphine drip.

Whatever the reason, a BIG thank you to everyone who came out this morning. We appreciate your love and support. Make it a habit. Tell your friends. Spread the word.