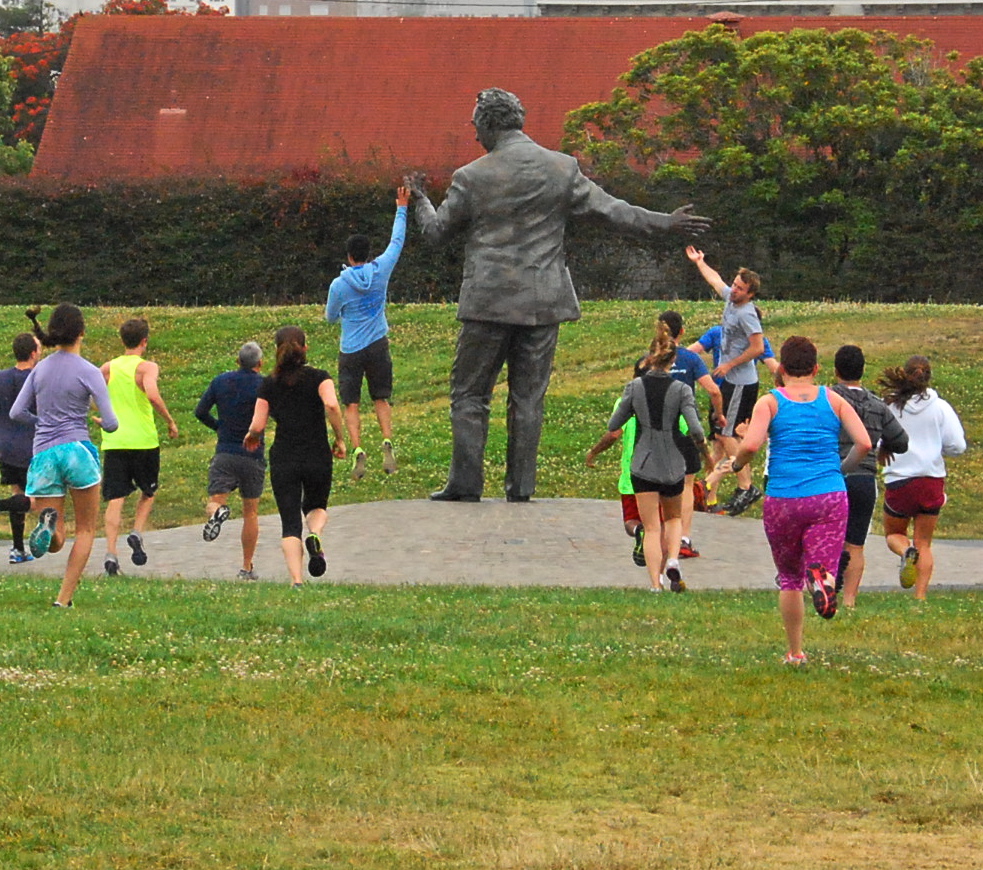 As the seasons change here in San Francisco from cloudy to cloudy with fog, so is the NP schedule. Today marked our very first Monday workout at Fort Mason and it brought me back to those early days at Kezar stadium when I would genuinely be scraping for 10 people to show up. I would get to the stadium a little early and just hope that one person would show. But then two would emerge around the corner. Then four. And this morning was no different, as you guys didn’t let me down. Knowing we will be building from the bottom again at this new location is exciting. A new hood means a whole new playing field for recruiting. It’s just like when you dated every “eligible” bachelor in middle school and then you advanced to high school and had a whole new pool to choose from. It’s just like that. Without all of the braces and acne.

WEDNESDAY: Yearbook photos will be taken. Remember the last set? How everyone was incredibly jealous when they missed it and slept outside Rebecca’s apartment until she took their photo? Well, she has security out there now so it’s no longer an option for you. You MUST show up to ALTA PLAZA PARK on Wednesday to be included this time around. Don’t miss it.