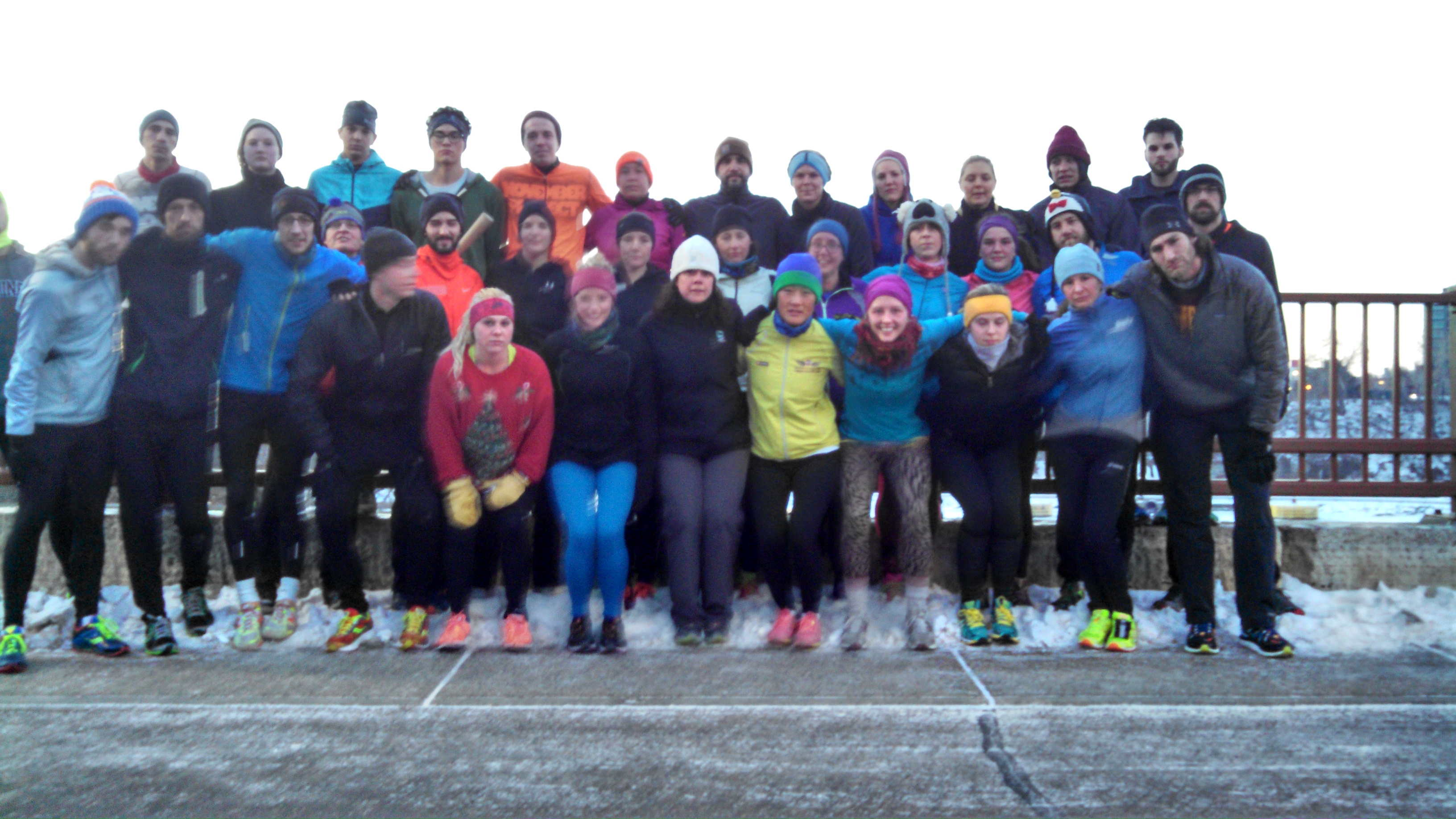 This morning started glorious as ever. 16 degrees felt like 75 and sunny with the amount of positivity in the air from tribe members.  As tribe member trickled in, a bounce got going and then a quick jog down from Mill City Museum and across the stone arch bridge was used to warm up our bodies for the big workout.

Once across the bridge (on the East Bank of the Mississippi), the beautiful notes of Katie Perry could be heard in the background as tribe leader Ben shouted out the commands for today’s flat-land workout.  The workout consisted of 10 stations marked off using pieces of fabric on light posts going back across the bridge that would be used as makers for sprint suicides.  Tribe members were instructed to sprint to the first station, and upon arrival do 2 burpees, sprint back, and then do 2 hoisties. After completing the first set, tribe members would continue sprinting out to the next farthest station while increasing their burpee and hoistie count by 2 each time. The final count was 20 burpees and 20 hoisties after completing all 10 stations.

Guillaume (He’s awesome and French) and tribe leader Ian led the pack while the rest followed closely behind.  The workout ended with a cheering tunnel of tribe members; each new member to finish would get a rally cheer, run through the tunnel and add onto it so that it continued to grow as members finished.

The lumberjack award left the back of Guillaume and landed on the shoulders of tribe leader Ian, and the positivity award was delivered from tribe member Jered to Guillaume (the former lumberjack).

A few announcements were called out, hugs were given, and another Wednesday started off right. Fuck yeah, MSP. Fuck yeah!

One Reply to “Stone Arch Shuttle”