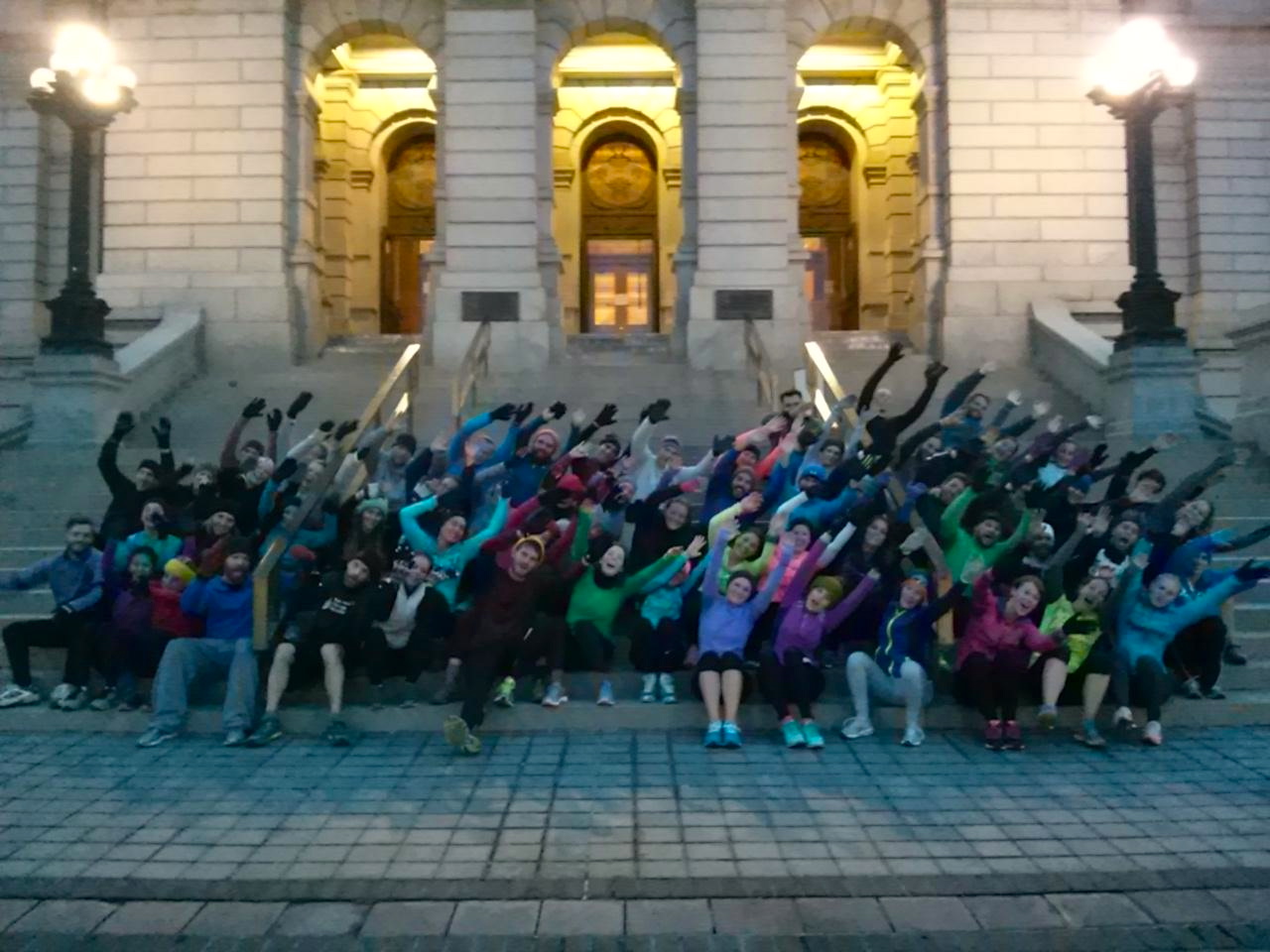 Today we celebrated the second day of Hanukah with some science. The tribe got straight scientific by setting out to prove the age old hypothesis that girls rule and boys drool. I don’t want to spoil the outcome for you but let’s just say after today we really separated the WOmen from the boys.  In a completely controlled environment, with totally even (not even) distribution of humans and cards, and with all bias accounted for, we tested our theory by splitting the tribe by sex and racing laps around the Capitol building steps. The endpoint of the race: your team’s deck is depleted. (You’re right, this explanation would make more sense if you didn’t snooze through your alarm this morning). In the end, the girls took 3 for 3 races over the boys. The prize for being the superior sex: the women got to order the men to suffer through an exercise of their choice for one minute while watching with weird satisfaction as they got their way over the men, kind of like everyday life. For the fourth and final race, we randomized girls and guys together and split into two even groups. The group on the left side won, probably because there were girls in it, because…..science. This seems like a good time to mention that the 5:30 group raced one set of cards with four people per team, and the all-girl team won that race too. I wonder if any of the boys will come back after reading this blog post.

Still left on the table at the close of today’s dose of #freefitness: Are women really from Venus and are men really from Mars? Come join us next Wednesday for our  celebration of the last-day-of-Hanukah+Christmas Eve+NP Science to find out!

Wednesday (Day 8 of Hanukah/Christmas Eve (12/24))- Thank god for Jewish tribe leaders! Join The General in the Civic Center Amphitheater for more of the same awesome that gets served up every Wednesday. Brunch after? If you insist.