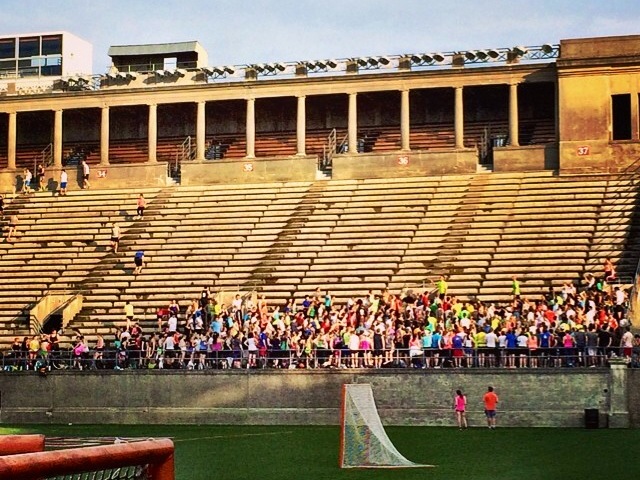 If I told you we had 1000 people today, would you believe me? If it’s on the internet so it has to be true, right? Weeeeellll…. maybe.

One thing that BG and I (and all the leaders from #NP17) need to be more aware of is that between 50,000+ monthly visitors to our website, tens of thousands of followers of our social media channels, and thousands of sweaty humans that show up every Monday-Wednesday-Friday at 6:30AM to rise and shine with us, there are a lot of earlobes listening to what we’re saying. Because of that, we shouldn’t be making shit up. Not everyone understands our weird sense of humor, not everyone gets the inside jokes, and if I was to say that 1000 people showed up, when actually it was 1237 or just 15 someone will say that bald Serbian man is full of crap! Next thing you know, everyone in North America will think that Serbians are shitty humans, the Serbian Prime Minister will react which will damage US-Serbian diplomatic relations, Russia, China, European Union, and United Nations will get involved, and the next thing you know we’ll have a World War 3! Damn, that escalated quickly!!! So to prevent the World War 3, I will not speculate on the number of people that show up today and will wait for the official count from our yearbook photos album.

Big thanks to our boy Dylan Ladds (help him break 100 followers) for shooting anywhere between 7 and 15,000 photos. See I didn’t speculate on the real number, so hold off the nukes!

Tonight at 7PM, come and check out Fireside Chat with Jeremy Balboni of Brooklyn Boulders and our dude BG. This event is “caped” at 100 so get your ticket now! If you don’t get a ticket but you do want to show up… do it. Just consider wearing your NP gear so we further make a scene.

Happy Wednesday and stay tuned for our yearbook photo album dropping on July 1!

2 Replies to “Speculations Can Get Us In Trouble (BOS)”