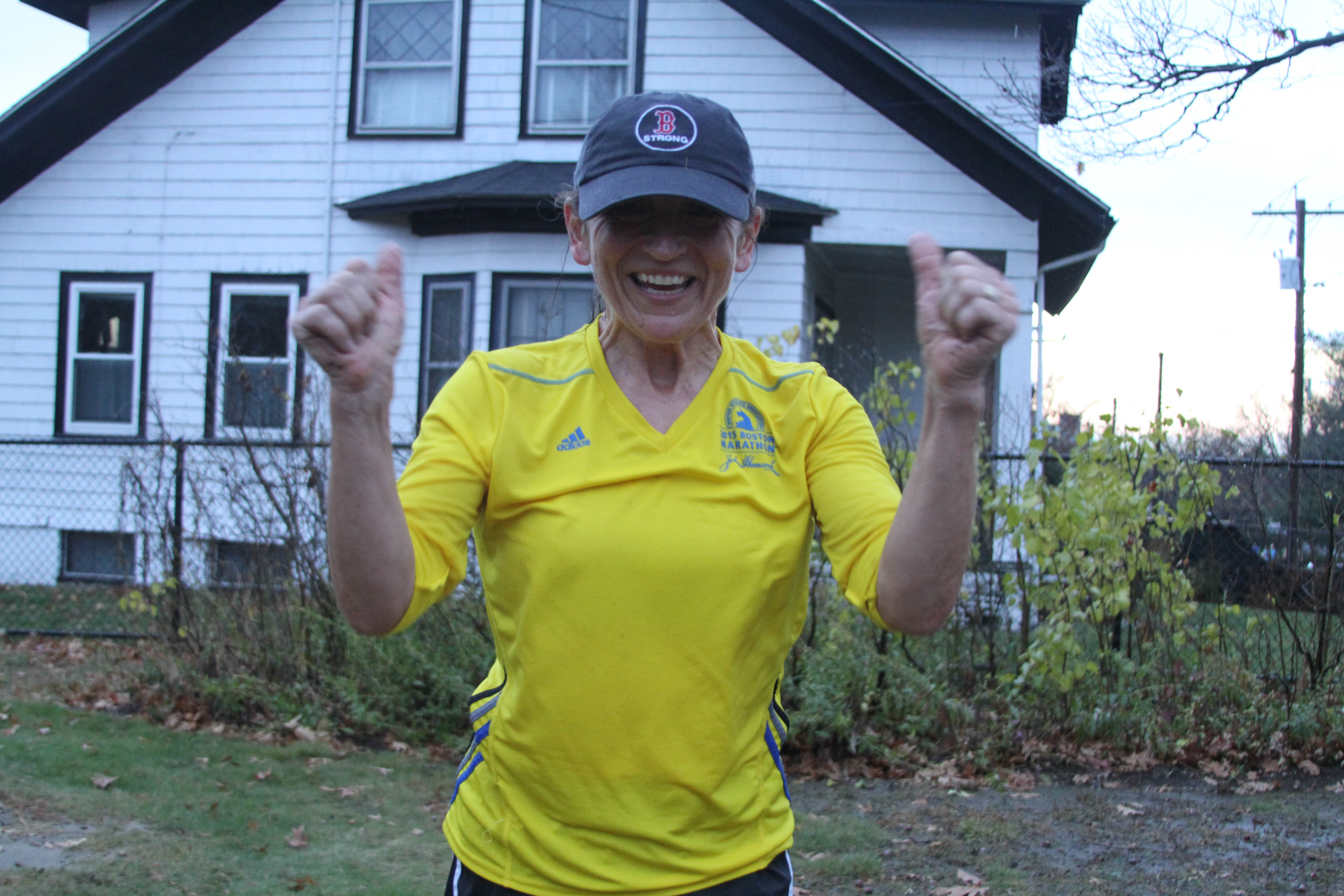 Sometimes special people show up to November Project workouts.  For me, it’s special when someone comes to visit from somewhere outside of Boston and they decide to show up with you.  Usually they go “to see what all the hype is about,” or “to get you to finally stop talking about it,” or “because it means so much to you and I want to experience it myself.”  Whatever the reason, it’s special when they come.

It’s special when someone who lives in a non-NP city, prioritizes coming to an NP workout when they come to Boston.  Just like the dude who stood at the bottom of section 37 on Wednesday and told me that he’s from France–here on vacation–and learned about November Project on the internet, so he just showed up.  Or when Richard and his wife Teresa, now long time NP friends and “tribe of two” from Arkansas come to the hills this morning and run their asses off while they’re in town for the weekend.  Or when my dear friend Natalie, who lived in Boston for years and years but now resides in DC, shows up even when she’s a little sick to run one hill and do ONE burpee with me in the sopping rain.

It’s special when Kevin, Rachel & Christine (some of the new kids today) show up.  It’s their NP birthday, whether they realize it or not, and they’re special people.

The tribe is made up of every single one of us–and it’s an amazing network of human beings.  It’s an incredible constellation of human lights like stars in the sky.  It’s a beautiful beach of sand made up of each and every grain of sand (the people are the grains of sand in that little metaphor).  It’s a bountiful field of flowers with each of us blooming in our own form and shade.  It’s a powerful tribe, with a whole freaking lot of special people.

So Tribe,  YOU HAVE HOMEWORK…

Make sure that someone else in this tribe knows why you think they’re special.  Tell them. Write it down.  Sing them a song. Tweet about it.  IG their special face.  Do it your way, but don’t let that special go unnoticed or unappreciated today.

And then do the exact same thing for someone outside of the tribe.  Include others in this good shit, and we’ll take over the world with positivity and free fitness too.

Will be in Southwest Corridor Park near Northeastern campus.  Show up for a badass workout, free hugs, free fitness, and the Rando Die for extra burpees.  See the tracker for the exact map location and to verbal.

The Tribe is Special.  Keep changing the world.