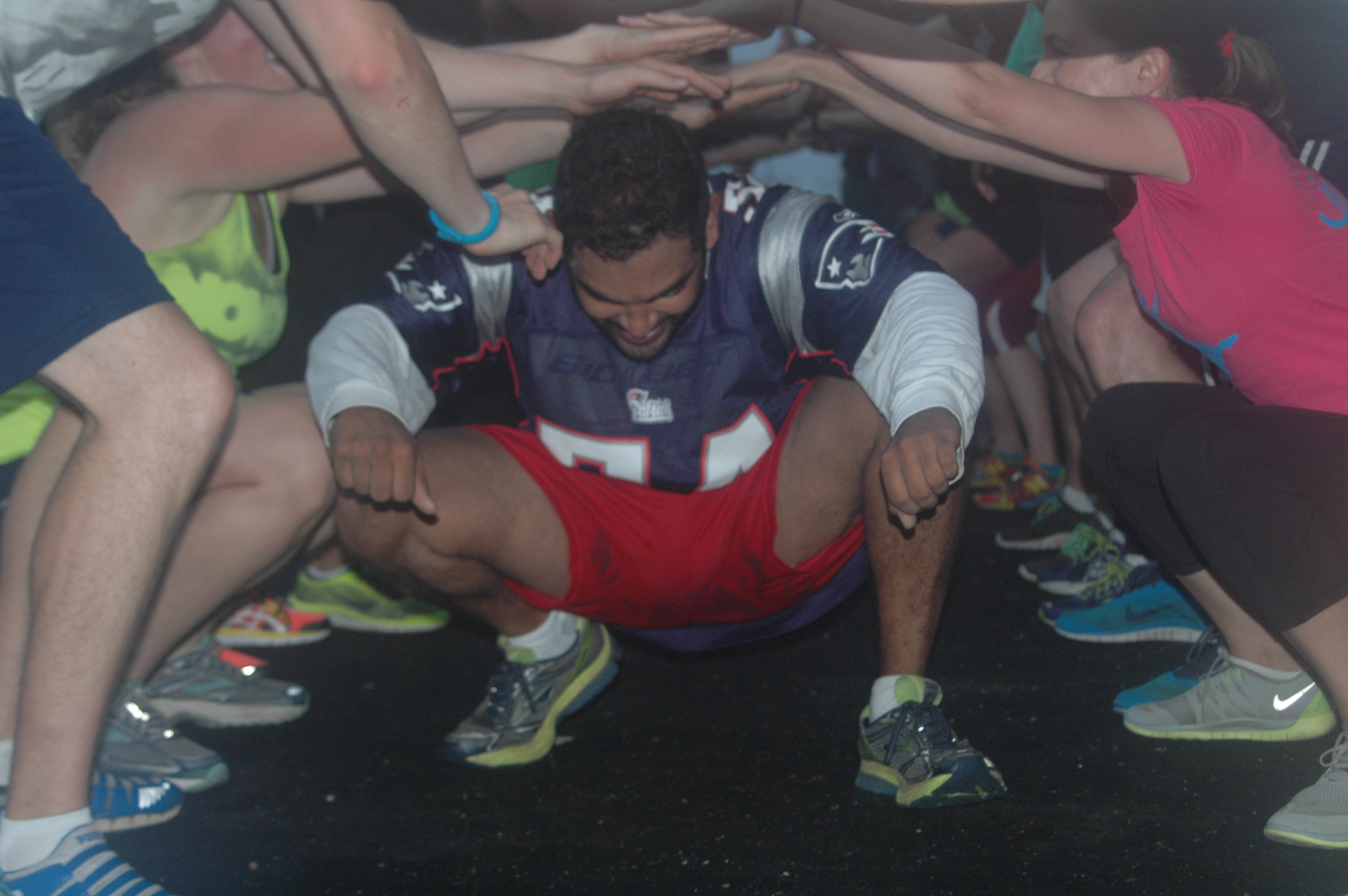 So it’s nearing the end of our NPSF school year. The final “Workout200: Intro to Recruitment” exam starts on Wednesday at 6.22am. All of those early morning cramming workout sessions, that deep burn from a ridiculous amount of Hoistees, the paper cuts from Recruiting Papers 2.0, they all lead up to this week. You could notice the excitement in the tribe this morning, as we ran down to the Festival Pavilion Pier for our final class of the year, Basic Physics – Newton’s Laws of Motion. Let’s get straight to it!

Newton’s first law: The law of inertia. The object in motion continues in motion with the same speed and same direction unless acted on by an unbalanced force. Well this morning, NPSF paired up and threw down some leg throwdowns. Those legs were going to keep in motion til they crashed off the ground, except the tribes’ rock hard abs acted upon that shit and held strong!!

Newton’s second law: Acceleration is produced when a force acts on a mass. The greater the mass (of the object being accelerated) the greater the amount of force needed (to accelerate the object). I think we’re talking about gravity and stuff here. Well, the tribe crushed out some see-saw squats. Gravity helped us squat down with some velocity, but wow did we try defy gravity, and exploded back out of those see-saws #ourThighsAreStrong

Newton’s third law: For every action there is an equal and opposite re-action. Sit-up high fives. Pretty self explanatory! My palms hurt!

We also ran 30 minutes of laps around the Pavillion pier and threw in some pressup mid-fives, but Paddy needs to get to work so come up with any theorems or laws to explain that. Meh, 3 aint bad!!! DISCLAIMER: November Project does not take responsibility for Paddy’s description of physics, which could be completely inaccurate. He’s a molecular biologist for goodness sake. Different field altogether!

Wednesday October 1st: Workout200 is upon us. Now, we’re up to 219 confirmed attendees on our Facebook event. 219 will get NPSF above our target of 200 for the nationwide push for #3014in2014. Watch this highlight video from the recent NP Summit… get inspired, hand out those NPSF papers, and get recruiting! Spread the word about this amazing community. Bring your families, your friends, your orthopedist, that cute girl that works the coffee shop around the corner, your ugliest worst fattest uncle.

Next week: McCloskey returns to the Tribe from her exodus to Ireland. She was meant to bring her fellow coleaders teabags and digestive biscuits, and forgot. But don’t worry, her better half Connor Green is sorting us out. The Irishman is content!