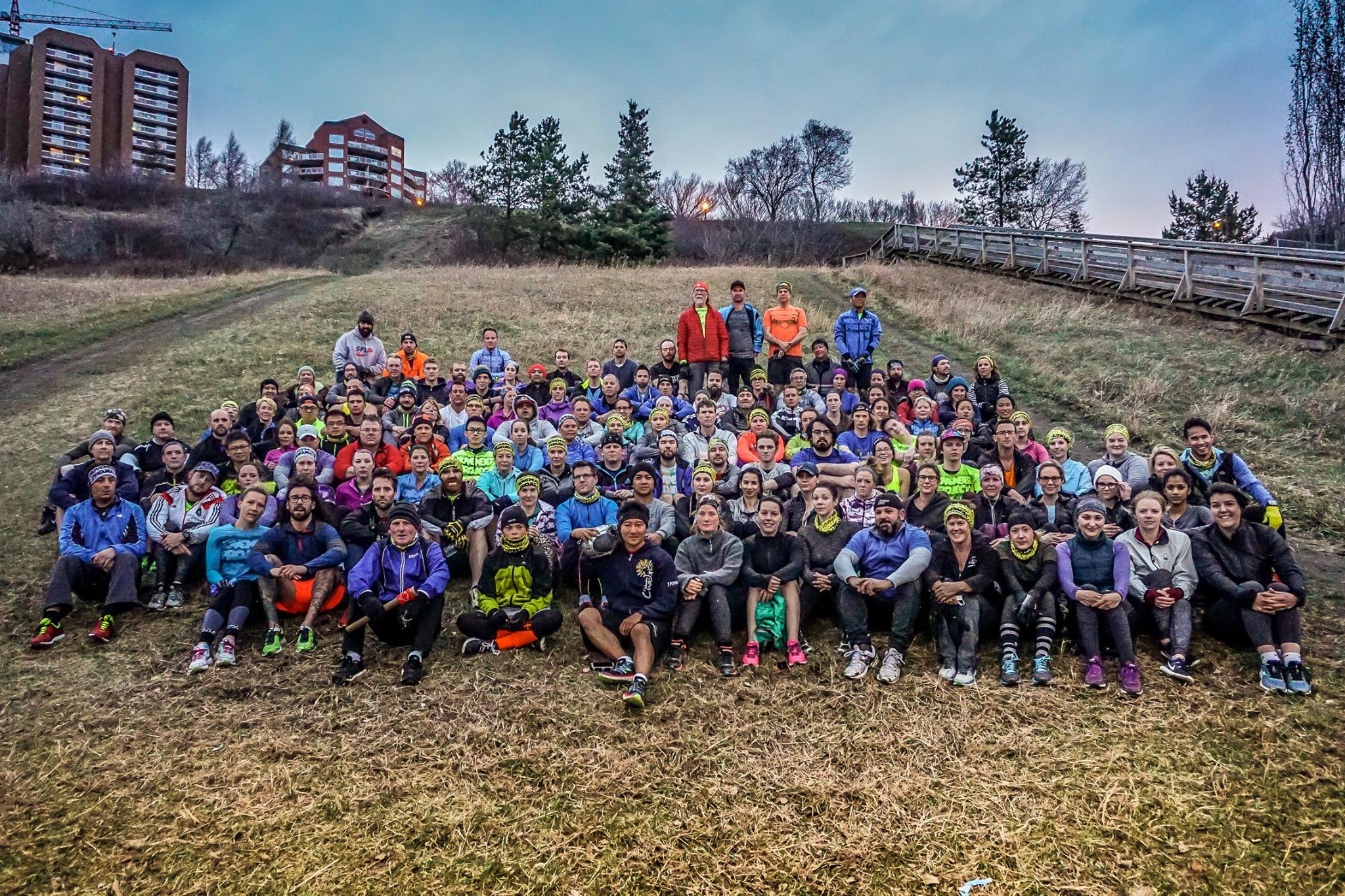 I titled this blog the most obvious way I could, it was windy as fuck this morning. I had to redo my non-hipster man bun a few times during the workout but it never really mattered, within a few minutes it was just as wild if I would have left it. At the end of the workout I just took my elastic out, which I guess by the pictures already posted on the social media, Steven got a fair bit of evidence of it.

As the weather and the amount of light in the morning gets better everyday, we keep getting a lot of the hibernators that have been away for the winter and lots of newbies, we had at least 8 of them this morning. Its great to have new people just show up who have heard about us for awhile and have been too scared to come out, these are the people that within a couple minutes of the group gathering realize that they should have just come 3 months ago when they first heard about it. As a leader, recruiting newbies is one of the unspoken parts of the “job” and my recruiting game has always been weak since a lot of my friends from outside of NP start work at 6 or 7am and its not feasible with their work schedule, as much as they want to come try. But this morning I finally got a friend that is staying at my house for a couple days that has been travelling for awhile to come, she was the red head one with the huge smile on her face the whole time. I know that this blog has failed the Luider deadline but she hasn’t stopped talking about how awesome all the hugs, the positive push up the stairs and the one or two aggressive “double up those stairs” comments that we all love throwing around during the workouts. She spends her non-travelling time in the Kelowna area so I think they might have a new tribe member when she eventually gets back there.

We gave the Positivity Award to Ken this morning, he has run 88 marathons in his life and is scheduled to run another 4 this year. He’s always around for a great conversation and the steady climb up the stairs or hill. Maybe one day I’ll get started on marathon number 1 for myself, and no Chris, I won’t start in Hawaii.

Friday we will be back at Walterdale Hill to burn up that sidewalk, 6am, but you all knew that already.