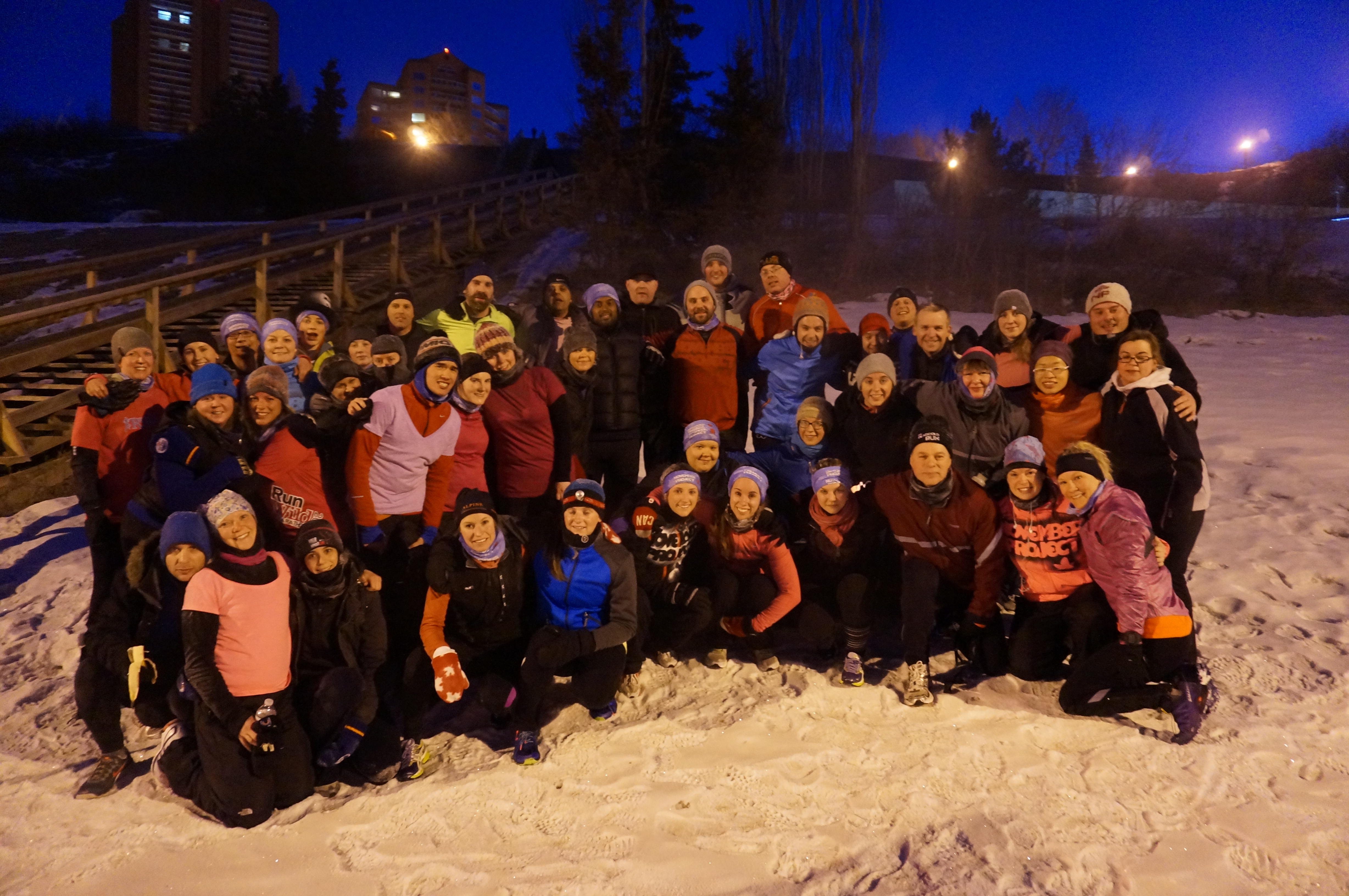 February is almost over, and today was PR 28:19 day. There was a team of racers dedicated to chasing down the champ Billy. They were mere steps away from finally taking his crown (aka Abe’s hat) but he successfully defended his title. He will be caught eventually. Until then…Congrats Billy!

So, it is still cold in Edmonton. Very Cold. So cold, that snotcicles formed that were so large that they plugged Owen’s nostrils and he couldn’t breathe. I kid you not.

I love seeing newbies show up. When they show up on Race Day, you know that they mean business. You can usually tell who they are, because near the end, they are about to collapse at the top of the hill.

Today is National Anti-Bullying Day (aka Pink Shirt Day) and NP Edmonton is showing their support. We are community…We are strong…Give someone a hug today! Remember, November Project Loves You!