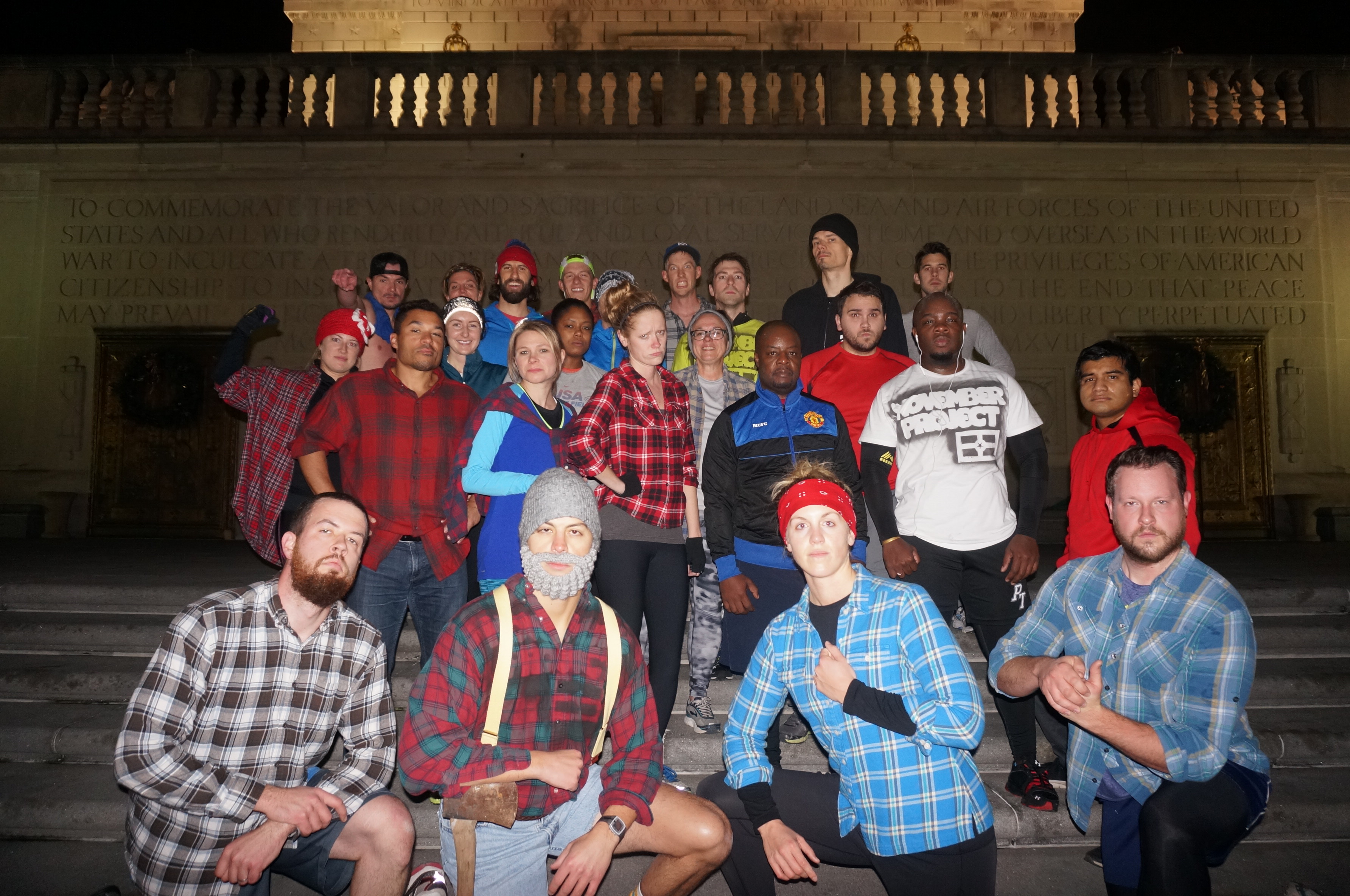 The #NP_IND trip donned their flannel, yelled TIMBER, and dominated a team lumberjack workout this week.  Teams of four were given exercises of 60 reps at which they collectively “chipped” away while the other team members held steady at an exercise until it was their turn to start chopping.

We were glad to have Jamie, a tribe member from NYC join us this morning!  Sammy and Colleen got their official November Project Indy beer mugs, err….I mean, Sunrise 6K awards.

In the words of Ice Cube, “today was a good day”.  Stairs were run, legs were torched, memories were made, lumberjacks got, well…jacked.