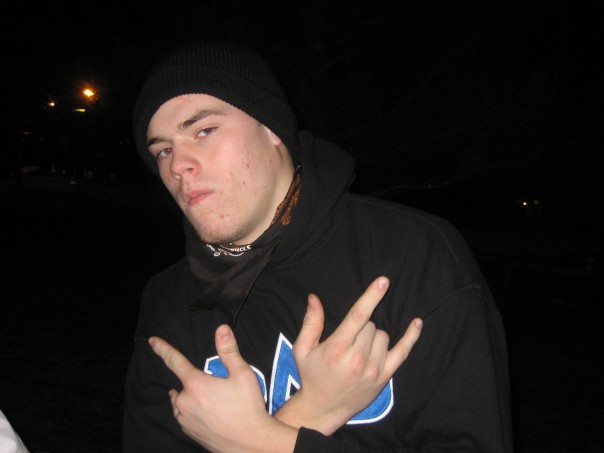 On a beautiful, warm Monday evening in May, three friends were sitting out on a porch, drinking a few brewskis, and talking about upcoming training goals and races. Toward the end the night, the three cheers their last beers and agree to all be at Wednesday morning November Project at 5:30am. It was a beautiful thing.

The next day to solidify this friendship pact, one friend verballed on the November Project DC Facebook posting tagging the two others to do that same. All three verballed strengthening this bond and pact from the night before.

Wednesday morning at 5:30am rolls around, and two of the three are there. Where is the third…the one who took commitment to the next level and had us brand our pact on Facebook? The other two just figured maybe he was running late or would just come to the 6:30 workout. As they wrapped up the awesome Swim Practice workout, they looked and he was nowhere to be seen. As they gave hugs to other tribe members and looked into the horizon, small glimmers of tears rolled down their cheeks as they realized the third, our friend, had not only broken our hearts but he had broken a verbal.

You even called many of your teammates & friends out on Facebook to make sure they came, but still you didn’t. This is just a TRAVESTY! This is far worse than the time Regina George just had to lose 3lbs! Wait this is worse than not remembering to wear pink on Wednesdays! You VERBALLED and now we have to hold you accountable for your actions. Unfortunately, YOU CAN’T RUN WITH US. Okay maybe that’s a bit extreme, and we aren’t anything like Mean girls. Actually, we are quite opposite. We WILL accept your apology and we will welcome you back with open arms, sweaty hugs and hip thrusts in, but in all seriousness – know the consequences of #verballing and not showing up!

Broke so many hearts

And broke a verbal and a friendship pact…but we will go on and forgive you.