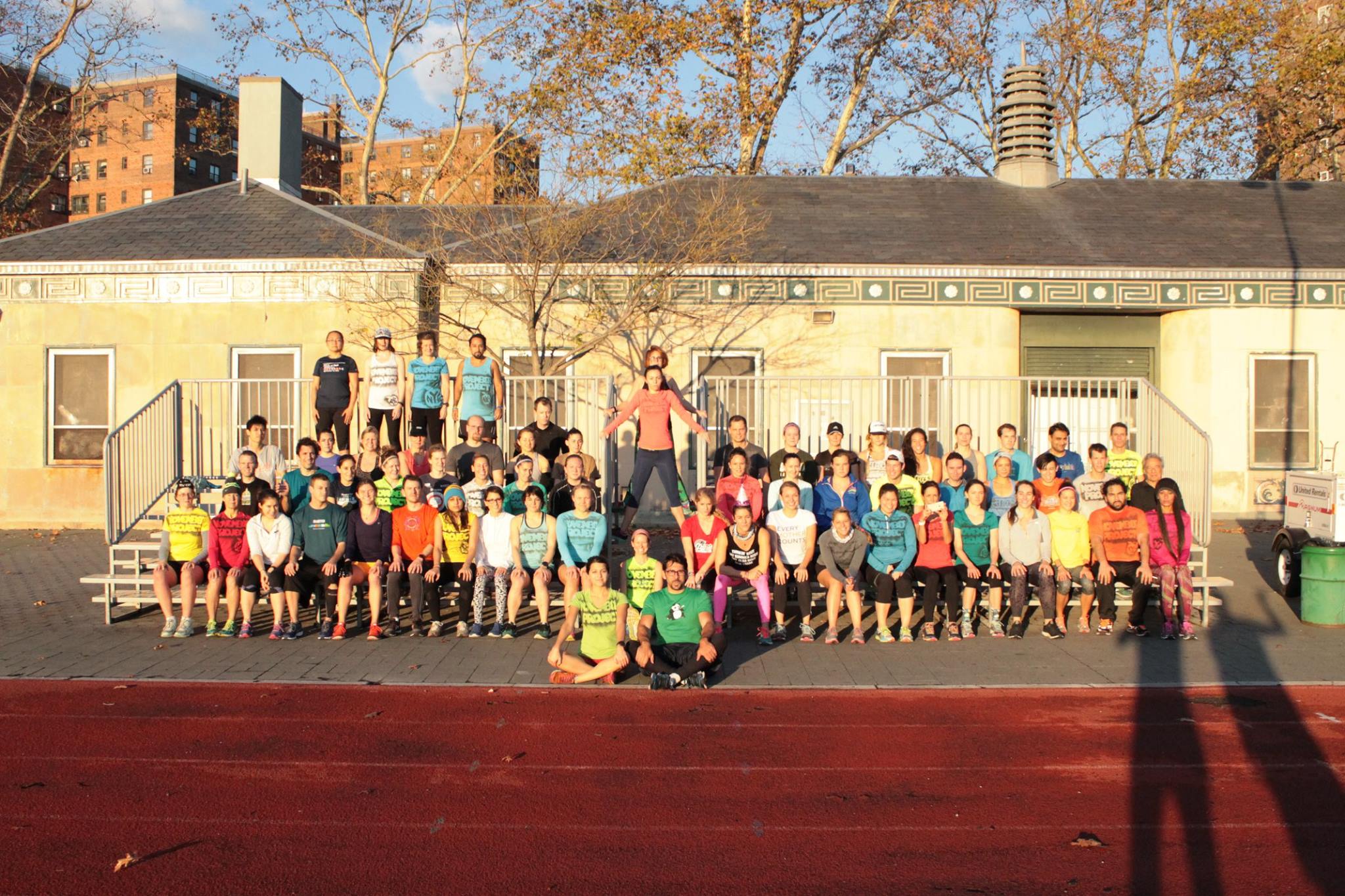 > Ryan Moses, a previously regular NP attendee who is now more like a ‘semi-regular/haven’t seen the dude in a few months’ type of attendee, showed up to give away some SWAG. Specifically, Myles Apparel SWAG. Which, until this moment I assumed was spelled “Miles Apparel.” Also, if you don’t know, SWAG means sweet shorts + water bottles + stinky clothes bags + bottle openers (I was going to try and make that an acronym, but gave up); all things I wanted and all things I did not get to keep. Ryan threw down at both the #EARLYGANG and #LATEGANG today. Respect.

> I unceremoniously gave Gil the positivity award 2.5 years late, but also seemingly just in time because it sounds like he lost that piece of driftwood we gave him last Friday…

> OVER 40 PEOPLE SHOWED UP TO #EARLYGANG, which is fucking amazing and roughly double our previous best. KEEP BRINGING PEOPLE! Including your parents, like Ryan “Dooster” Scura did today.

> We had a plank-off for the Myles Apparel SWAG at #EARLYGANG separated by men and women, and unsurprisingly, the women CRUSHED the men. All men were down and out before our top two ladies even thought about dropping. Mad props to Lucci and Courtney, who both planked for over 7 minutes and only stopped because they didn’t want to further delay an antsy group of tweeners. (Are these blogs becoming increasingly esoteric?)

> #LATEGANG involved a workout whereby every lap you wrote your name on a piece of paper and entered a raffle for more free shit, and as Amber Rose once said; “bitches love free shit.”

> FRIDAY HILLS are at twin peaks, meet at Non-Denominational Tree Point at the top. It’ll be pretty, I promise.  5:30am and 6:30am