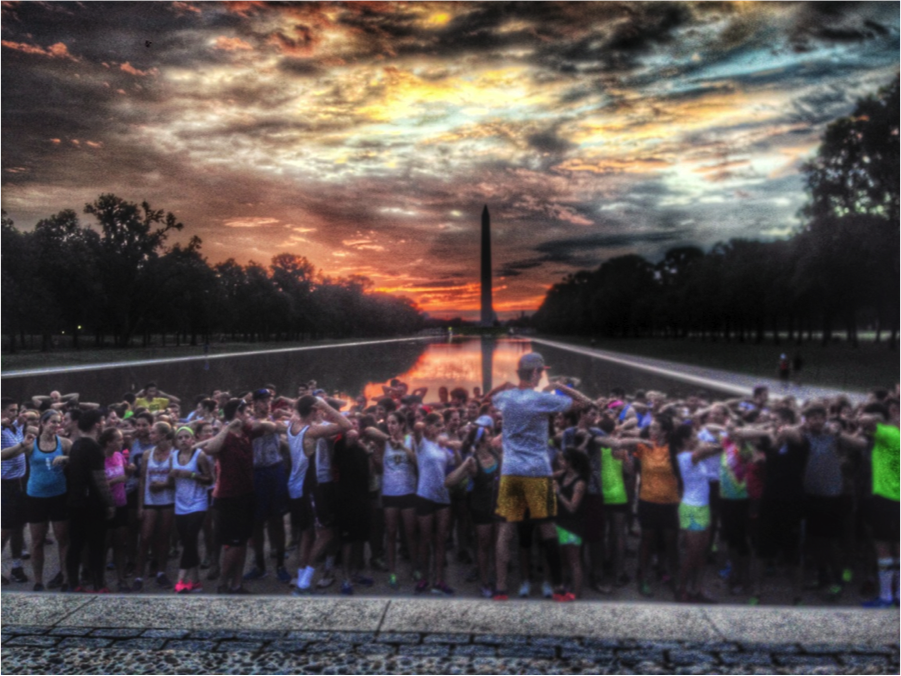 Our first Wednesday in September marks a year since we started pledging. We have grown from 6 people to 200+. It’s been a great ride and it only gets better from here. As schools (and the government) come back in session, we had another #DannyoftheDay treat with one of our biggest recruiters running the show. Ladies and Gents, the one and only Stecco:

The first time I showed up at NP in January, it was 8 degrees, snowing and PR week.  It was the first week of school after winter break and I dragged my willing friend Cayla along with me (tie-dye pants, you remember).  We, along with the 40ish people there, froze our asses off. But there was something about it. The commute in from Fairfax is long, but I had to go back. And I did. I had no idea how showing up that one day would change my life. I didn’t sleep in past 4:30am for the remaining Wednesdays and Fridays of last semester, and eventually Mondays.  There was a time when 6:30 was early, when burpees were unbearable, when saying “hi” to a stranger didn’t cross my mind. There was even a time when I wouldn’t think twice about going into DC, but November Project changed all of that for me. I’ve come to love this city as a home and the people in it as more than just people I workout with when it’s dark out and we have no idea whose chin we’re tickling. I go in for the kill with a hug every time I meet someone new and follow “Good morning” with “Fuck yeah!” at times I probably shouldn’t, but if there’s something I’ve learned from NP it’s that we have GOT to be excited about the life we have and those that are in it! Talk to people you don’t know, go on that long run when it’s nice out, have that cold beer with friends after a long day, curse if you fucking feel like it, because the whole point is to enjoy it all.

This morning the 5:30 group CRUSHED the workout, despite logistical obstacles. It was my first #dverbal ever and as early as it was, I may have to do it more often.

With a gorgeous sunrise and massive herd of people, the 6:30 group came ready to make friends and build the community with squat trains and partner lunges. Props to both groups for entertaining my ridiculous workouts. I love y’all.

The best part about NP is that this sort of community is happening all over the ENTIRE country. I spent the summer in New York with a built in family at #NP_NYC and whenever I’m home in Baltimore, I show up at Rash Field with my favorite Baltimorons. As a 21-year-old college student, it’s pretty unheard of (but so damn cool) to be able to say I’ve got countless friends all up and down the East Coast. Showing up at November Project DC was the best decision I have ever made. If you want friends that turn into family, and early mornings to turn into the best part of your day, #justshowup.

Note to all Wednesday cyclists: We’ve decided to be nice to nature and not lean our bikes against the bushes. Please lock them somewhere nearby/find another safe place to put them.

If you made it to here, call out Mayor Vincent Gray and let’s get him to a workout: Twitter and/or Facebook