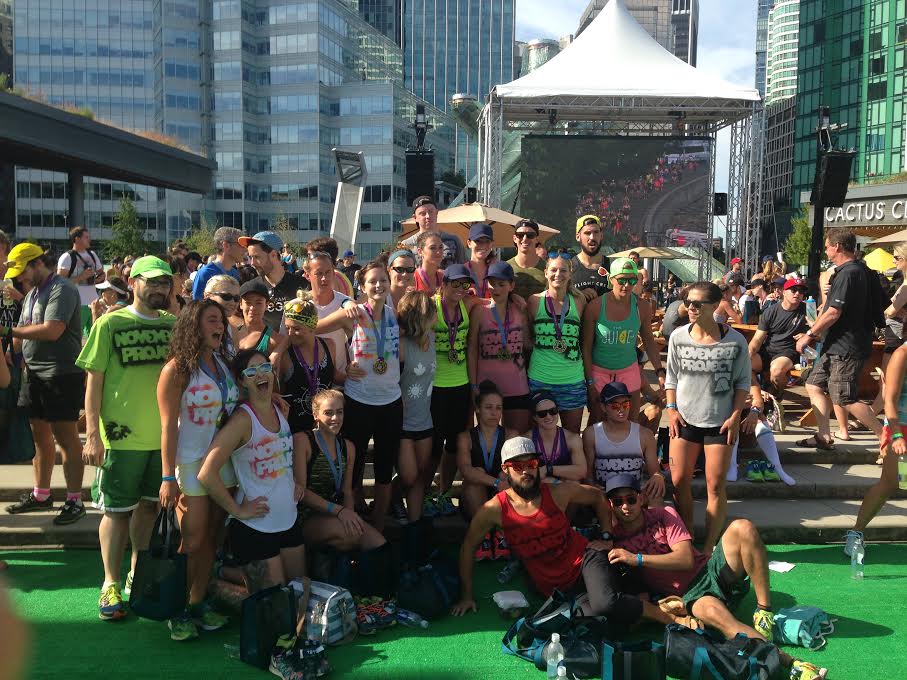 Oh the SeaWheeze… The ever so magical weekend that brings people from near and far to get their yoga/half marathon/dance on.

This year marked the 5th year of the run and it was also the 2nd annual Friday pop up workout for NPYVR. A chance for us to return to our original workout location in Coal Harbour … The place where the echo of our “FUCK YEAH” gives you goosebumps. It was beautiful. We had leaders from Boston, Calgary, Edmonton, Winnipeg, Kelowna, San Diego (to name a few) and not to mention the numerous NPers from various tribes from across the land. Friday morning’s vibe was fantastic and really showcased just how awesome our community is. It’s also hilarious that NPYVR was out numbered, but definitely held our own especially when it came to the Backstreet Boy Push Ups… I think the best compliment given was just how well Graham and Richard work together, feed off each other and make it seem effortless when hosting such a big group. Well done, Boys!

Fast track to the morning of the race – anticipation is high for the runners and for the rest of us not racing, we hauled ass to get to the cheers station to cheer all of respective “family members” on. So much representation out on the course – it was amazing! The SeaWheeze is probably one of the best ways to really see the beauty of Vancouver. It really showcases our magnificent city in such a phenomenal way. From Yoga in Coal Harbour and in Stanley park, to the race itself – downtown, False Creek, Kits, the Seawall and Stanley Park – it doesn’t get any better than that. The cheer stations along the way truly keep you energized and motivated to keep going and what’s better than a high five from a gorgeous Drag Queen? Or cheers from mesmerizing mermaids? Or a sign that reads “Ryan Gosling is at the finish line with a puppy for you”?

As good hosts, we put together an NP Social at the Lions Pub where any and all NP peeps could come and have a few libations and mingle with others from all over. (Big Shout Out once again to Steve, JP and Kyle for working together to make this happen… during work hours haha) What’s an NP event with a little friendly competition? Just to make sure the Lions Pub would allow us back, we played ROCK PAPER SCISSORS HYPE (that’s the name I’m going with). A nice, fast paced, loud game that got everyone in the pub thinking we were REALLY into the football game. After the pub, the majority of us headed over to Stanley Park for the concert headlined by Chromeo (this was preceded by yoga).

Sunday consisted of a lot of small groups heading off and doing their own things – mostly hikes or maybe a Sunday Funday… The Barron siblings met up with Graham and a few others do to the infamous Grouse Grind. Naturally, Graham carried a watermelon up with him. Angel couldn’t find a watermelon big enough, so he carried a large rock #mountainsexual #gohardidiotgene. THIS IS HOW WE DO. Plus, you don’t make friends with salad…

All in all, a successful weekend of seeing faces from Summit and making new NP connections – it’s always so great meeting “cousins” from other tribes! Can’t wait to see you next year!! Safe Travels Home!