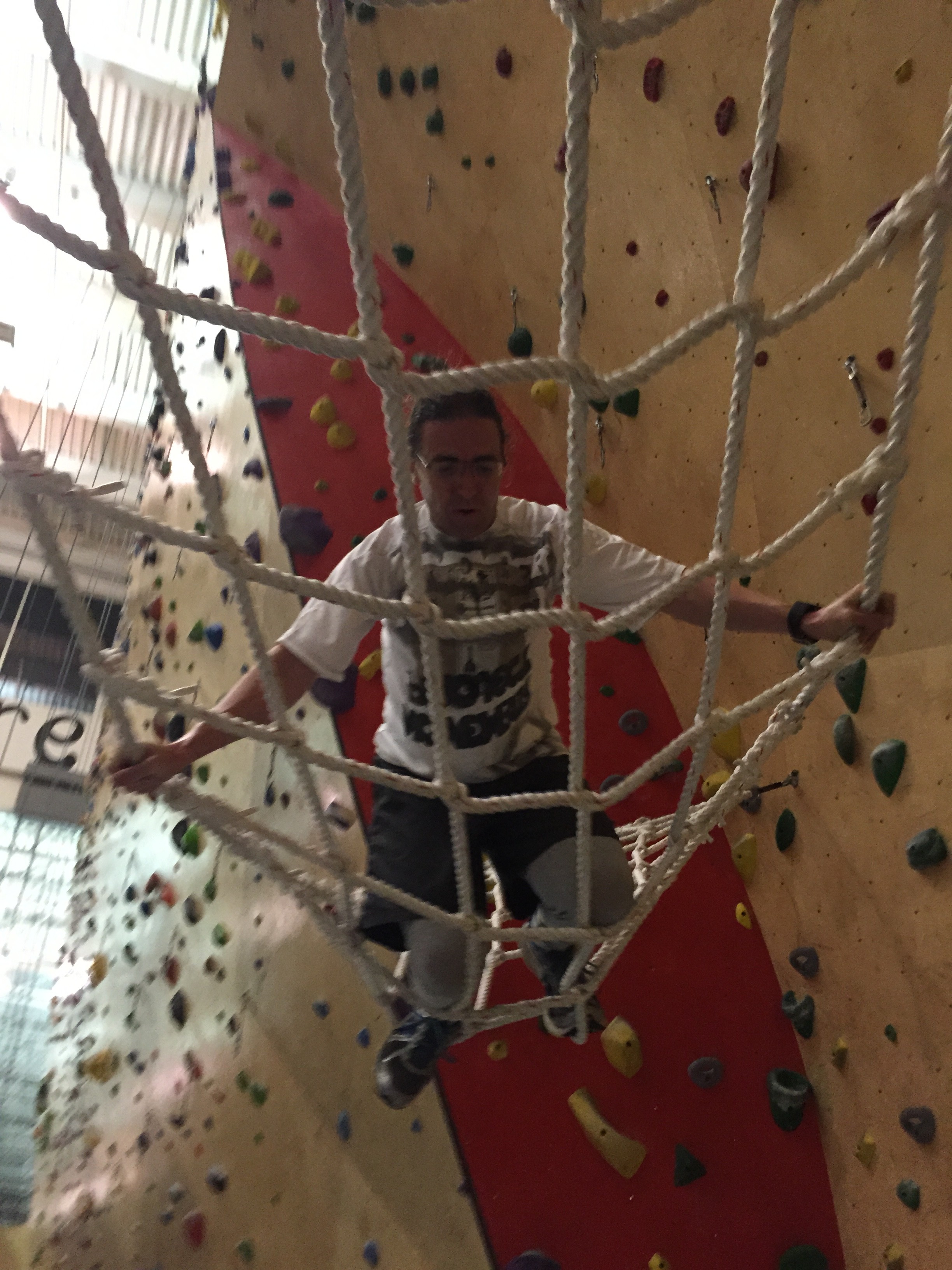 If you weren’t there this morning you can’t say whether it was good or not.

If you were there this morning, if you didn’t die of boredom, than you probably died of epicness.

“Epic” and “amazing” are #trending on my texts and facebook messages.  Social media is starting to heat up with images of the surprise Destination Deck.  But here, let me tell the whole story.

Once upon a time, early this morning, the sun was still sleeping and the sleepy heads of November Project Boston quietly rose from their beds, laced up their shoes, put on so many clothes (because it was really cold this morning), and headed out so much earlier than they normally do for a Monday workout.  Everyone who had gotten the memo, read the blog, verbaled on the NP Tracker, or been given the heads up by someone more knowledgable, showed up at 5:50AM in Somerville’s Lincoln Park.  The townsfolk of Somerville might have been mad (sorry Bojan and HR Karl) about our rather loud and “fuck” filled bounce, but the Tribe quietly disappeared as quickly as we had appeared, like elves making shoes in the middle of the night while the cobbler is sleeping.

We made our way through the dark streets, with barely any Somervillians out and about at 5:55AM, to the welcoming doors of Brooklyn Boulders (BKB).  This pretty incredible rock-climbing and training gym, with hip, millennial-vibe open work space and so much cool shit, opened their doors to us this morning for a very special, many call “epic” workout.  As with all good things lately, we arrived and filled out waivers, and then were ushered into a gigantic gym where we did some warm ups before trying our hands at all the interesting obstacles they had created for us.  You see, today’s workout and experience was a lot like the Savage Games that BKB hosts each month, where people compete on teams to score points on all the wild and savage obstacles that include climbing elements (ropes & walls), parkour elements (think adult jungle gym–don’t touch the floor! also balance beams and boxes), and simple fucking badass elements (giant tire flip, cargo net scramble, sandbag sprint).  We did awesome shit and we saw sides to ourselves some of us didn’t know were there!  We got reminded how good it feels to be not only fit, but fucking athletic and STRONG!

And then, just before our carriage turned back into a pumpkin…or before we all ended up late for work, we said a big thank you to BKB and the staff and volunteers who showed up to make our workout possible, took our group photo, and returned to normal life.

It does feel a little like a dream…which is a wonderful way to start a Monday, and the week.

You can show up to BKB again on Saturday, Oct 24th for their monthly Savage Games.  You get more awesome Savage play like we had this morning.  You get to compete with other NP badasses…against other people.  And you get a hot promotional rate just for being a part of NP.  $25.  BOOM.  There will be food and drink, too, and all that is a sweeeet deal. This is not an official NP workout–so join as you please, but here’s the code you enter when you sign up for Savage Games: NPSAVAGE

November Project Boston will resume regularly scheduled programming on Wednesday at Harvard Stadium.  It will be outside.  We will be #Weatherproof.  #GetYourAssesThere. Or #JustShowUp.  whichever you prefer.  Or don’t…and let all the badasses get all the stairs.  Your choice.

The Tribe is Fucking Awesome.