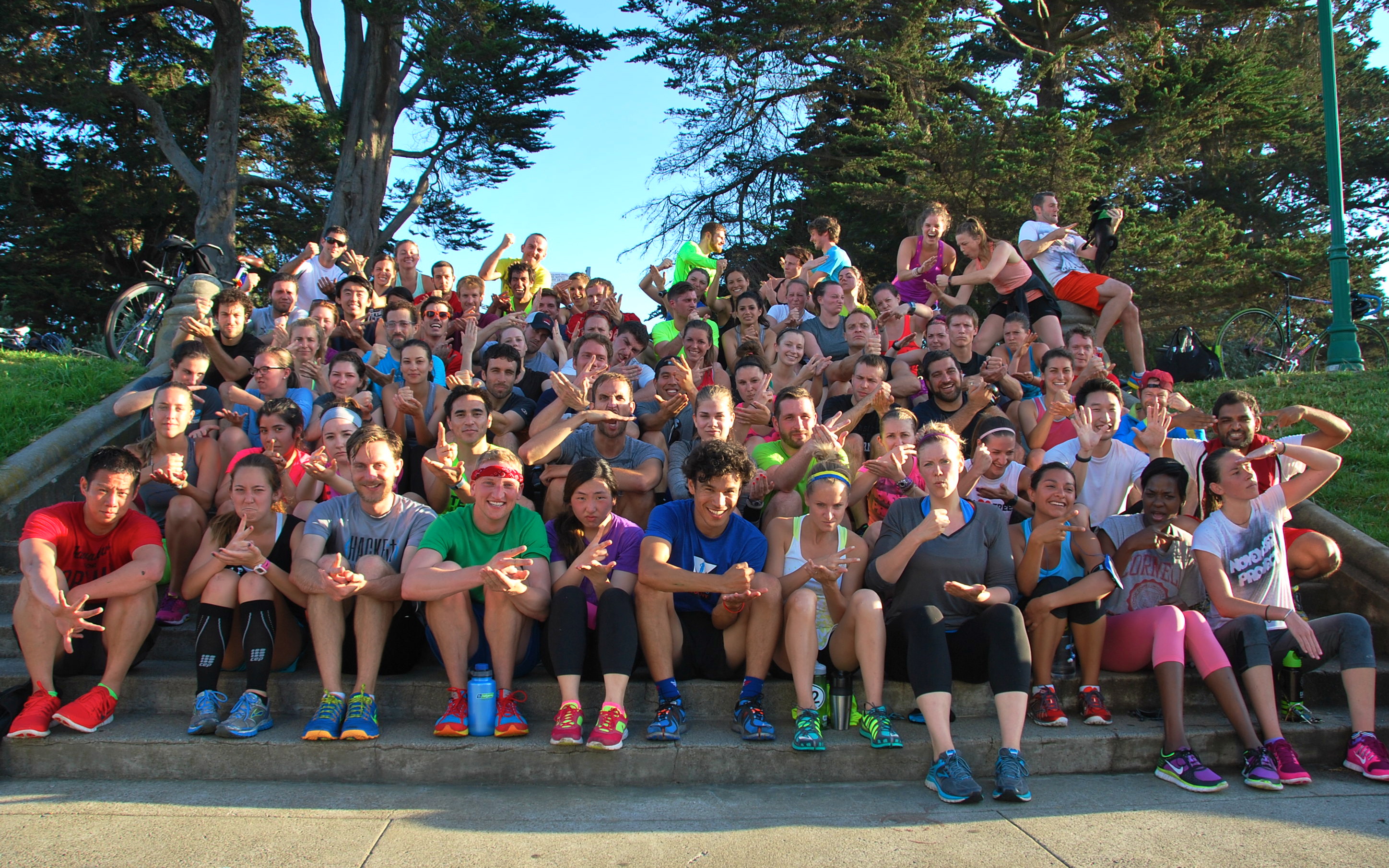 Pete Kruse was a little annoyed this morning when he realized he came all the way to Alamo Square at 6:30am just to play Rock, Paper, Scissors. You see, PK is one of those dudes who ALWAYS gets a workout in, no matter what. Pete Kruse doesn’t have a desk chair at work, he just sort of squats and holds all day while selling Wall Street Journal subscriptions to people who think Dow Jones is that guy from the Monkees. Ok, in the interest of fairness, I think he actually sells WSJ ad space, but whatever. Oh, and speaking of your parent company, Dow Jones, what’s with the price-weighted index? Huh? Shit’s completely erroneous. Obviously you have to weight that shit by market cap. I know that, Standard & Poor’s knows that, fuck, Davy Jones probably knows that too. Get it together, bro … Anyways, financial illiteracy aside, Pete ended up getting a pretty solid workout in on account of the fact that he sucks balls at Rock, Paper, Scissors. Let me explain:

This morning started with 80 some-odd people standing nervously in the center of Alamo Square. On the count of “go”, NPSF-ers turned to a stranger/new friend and the game was on. They locked eyes, stared into the pit of each other’s souls, and went into their first Psych-Out Squat. Down they went, “rock.” Eyes still locked as if there was nothing else in the world but the burn in their thighs and the fire in their hearts. Down they went again, “paper.” The adrenaline was palpable. The anticipation was murder. Down a third time, “scissors.” And when they came back up, they fired at will. Rock obliterating scissors, scissors slicing through paper, and paper nonsensically covering rock in a puzzling victory we’ve all been blindly accepting since the second grade. The winner would dictate which corner of the park the loser had to run to, and which exercise they had to complete 20 of when they reached the road. The loser would sprint off, looking back over their shoulder one last time at their superior gearing up to take on another opponent.

Twenty five minutes later, people started realizing this workout was actually pretty damn hard. Each corner of Alamo square has like a 100ft vertical to it. And when the victors, drunk with power, send you to the steepest corner 3 times in a row to do 20 burpees, you’re definitely going to feel it. When the time was up, people were a little confused as to who the winner actually was. So we gathered in the center to decide once and for all who the champion of NPSF RPS actually was. One last time people turned to their new friends and went into a Psych-Out Squat. (We didn’t even tell them to squat this time. That’s just how NPSF-ers play Rock, Paper, Scissors now.) Losers formed a planking ring around the edge of the field while winners turned to face their next opponent. Soon, it came down to two. The string of ties, paper and paper, rock and rock, prompted groans from the group who had been planking for over two minutes already. Finally, Amber Rose through a haymaker of a paper that no one saw coming, and victory was hers. All in all, a great workout and a great time.

This Friday we’re venturing to a corner of the city we seldom visit. Ocean Beach! Meet at the corner of Balboa St. and the Great Highway. 6:15am for the early birds. DO NOT MISS IT!