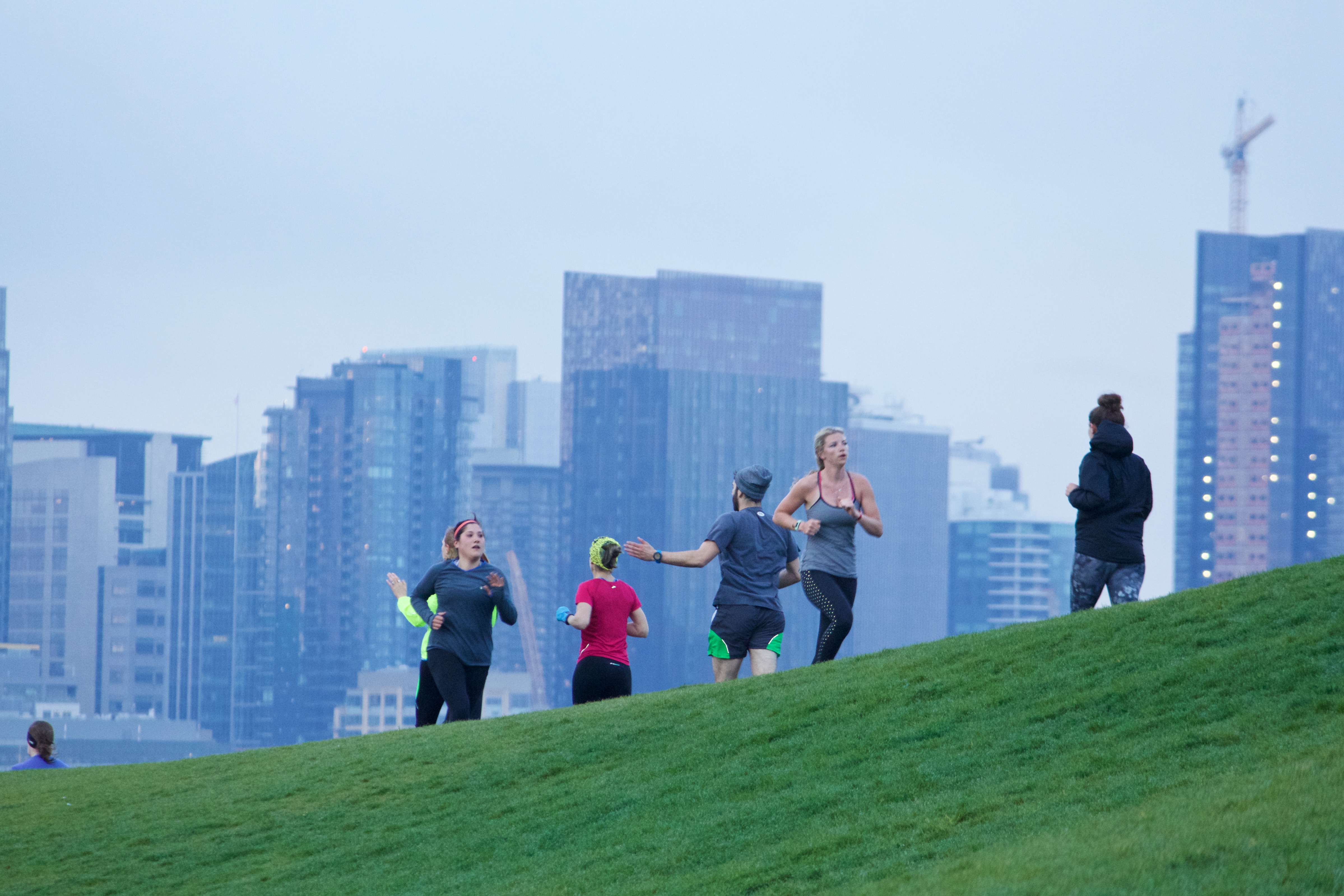 You know the old saying, “it’s good to be back!”?  This is a common phrase used when someone returns from an extended absence.  For example, an employee at Company A takes a sabbatical to travel the world and find them self.  Upon their return, the employee engages in a conversation with a colleague explaining their trip when their boss approaches, so the employee quickly says, “but man, it’s good to be back!”  Sure, it’s complete and utter bullshit, but you do what you have to do.

This is a lot like returning to Kite Hill on a Wednesday morning.  While we know it’s probably a good thing to get some hill repeats in our arsenal, we’d much rather be in our warm kitchen drinking fresh-squeezed orange juice watching Good Morning America.  So, for that, I salute each and every one of you for showing up this morning and giving that big bitch of a hill all you had.

What if we told you we only chose the hill this week because it was best for a staged photo?

Okay, we won’t tell you then.

As a reminder, Brooks will donate $25 towards a November Project Seattle social for every volunteer we bring.  We’re at 10 so far and hoping to hit 30.  Sign up here!

Friday’s workout (starting at 6:29am) will be held at Olympic Sculpture Park near the water in Belltown.  #JustShowUp

This will be November Project Seattle’s first official Friday workout.  Any one of your best friends, worst friends, family, acquaintances, strangers, enemies, or whoever else loves saying, “if only there were Friday workouts.”  Get them there.

For now, the tribe is strong.