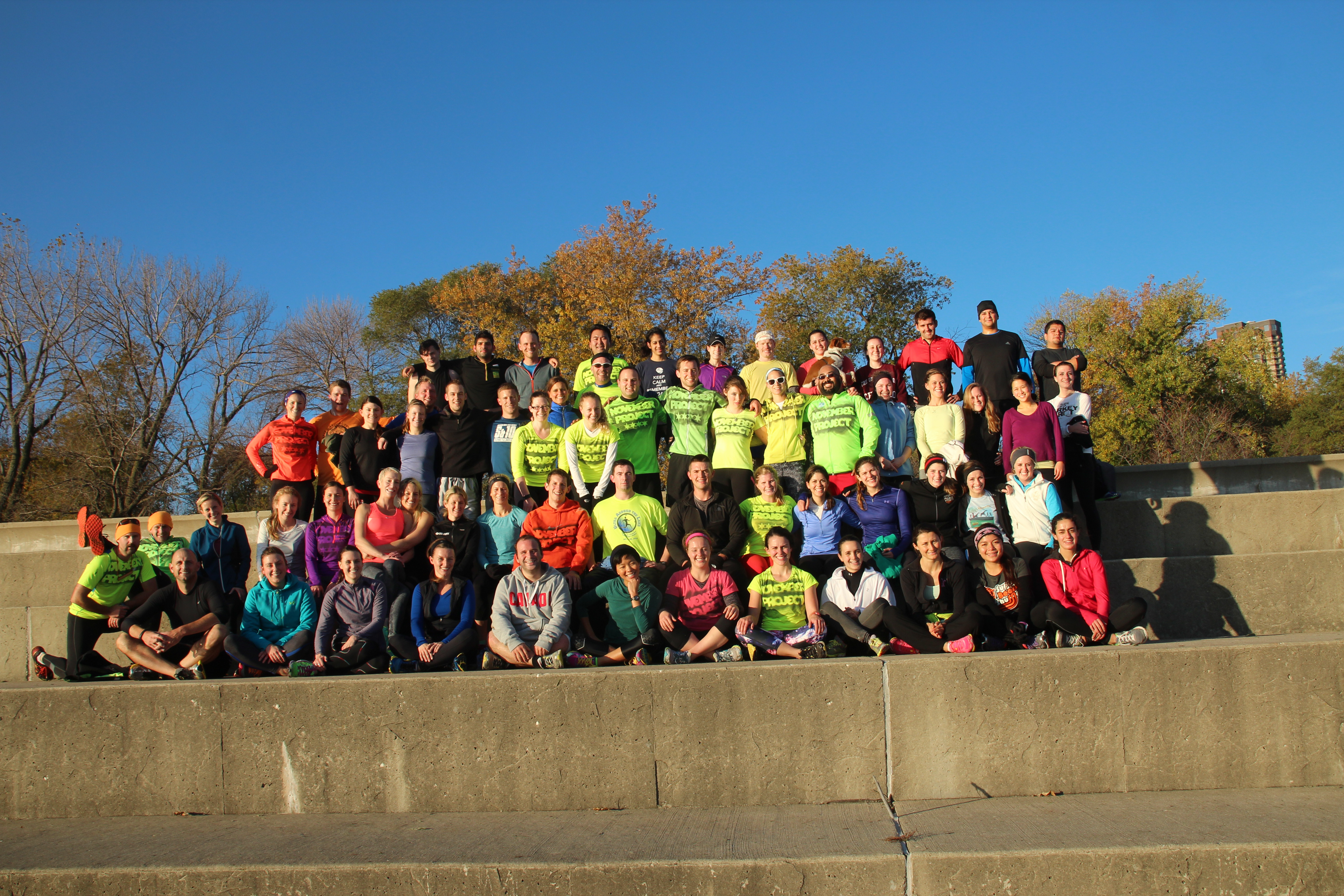 Guy Fawkes was unable to attend the Chi-Town workout, but a ton of other people did! There were dogs! Party hats!  And Dozens of cupcakes with unnaturally blue frosting (and fishy sprinkles)!

We easily had our biggest turnout yesterday, both as a city and a worldwide Tribe, and we couldn’t have ask for a better birthday gift. Now its time for this leader to start designing his commemorative tattoo!

Once we collected some gorgeous yearbook photos, it was time to earn the cake with PARTY GAMES! First, a classic jaunt ‘round ye olde baseball field and we finished up over by the lakefront. Even the sun woke up early this week to make it to the birthday party! Okay maybe it was daylight savings time, but go with me on this one. The sun was fucking excited, because November Project turned 3 years old, and that’s exciting. FUCK YEAH.

Everyone gathered into groups of three, and it was time for some wall-sitting, arm-dipping, running, jumping-over-the-wall-not-into-the-wall, good times. One partner did a wall sit, another did arm dips while holding their knees, and the third ran to the lake and did box jumps up the stairs. Let me tell you, you learned your ability to go vertical QUICK.

Once everyone had enough of that (never, we love this right?) it was time to mix up the groups for… Leg throws? Three people, one throwing legs, the other having their legs thrown, the third running on their legs to the lake and back. By the time this was over, everyone needed cake.

A final thought: Today thousands of people just showed up to celebrate something amazing. We celebrated a free fitness movement that touches the lives of everyone who encounters it, and is poised to take over the world. We celebrated the fact that in three years, it has grown from two guys running around in Boston, to thousands across the world who want to be a part of something undeniably positive. As we all know, THIS SHIT IS GOOD. Spread the word, because we need you all. We will see you next week.

The Tribe is Strong, the TRIBE IS 3!