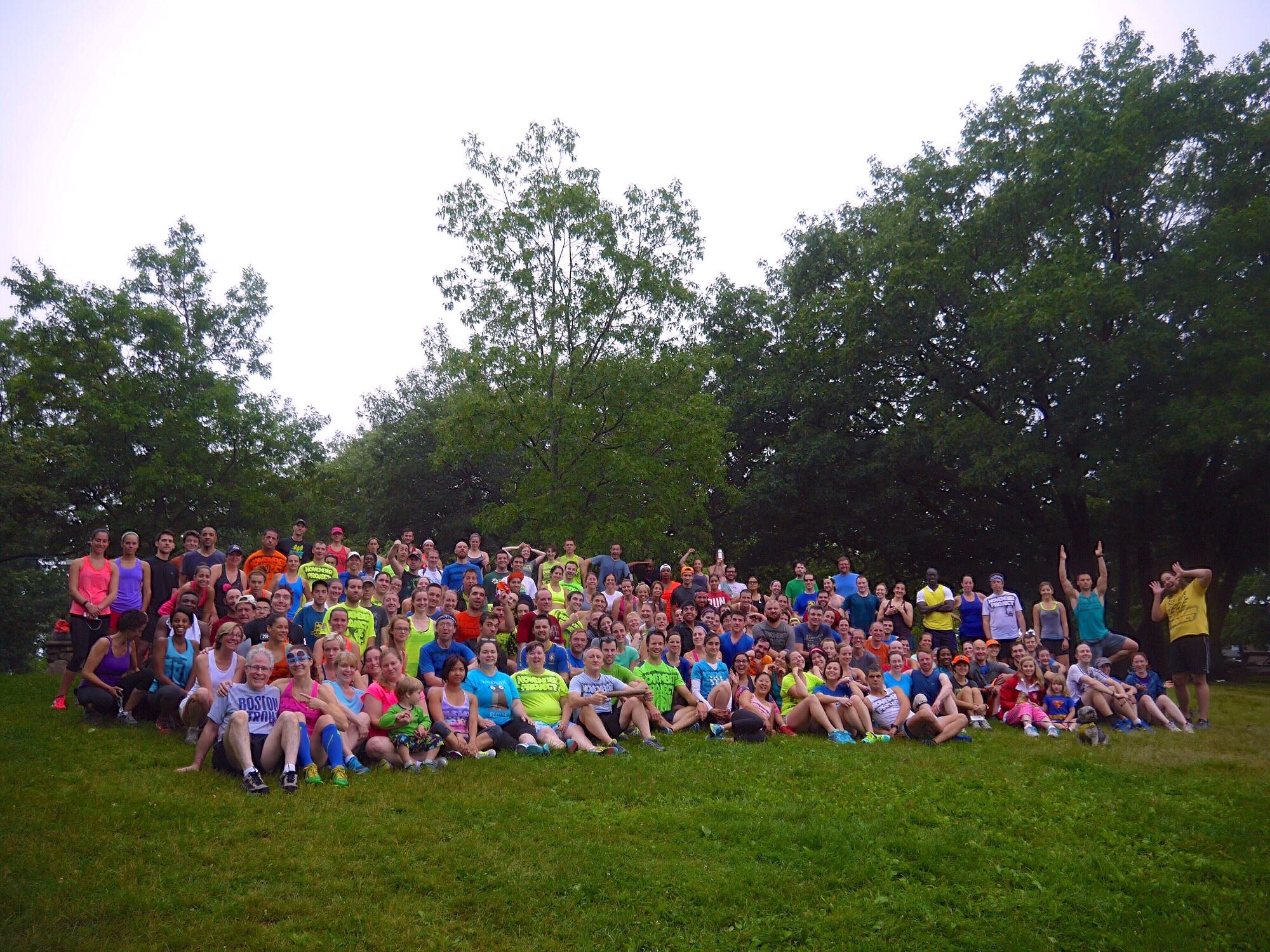 If you ever have the opportunity to have a conversation with Deniz, co-leader of November Project Boston, you know what a nice guy he is.  You will probably also pick up on the fact that he’s really smart.  And if you spend enough time around him to see him run, or do anything that involves movement, you’ll notice that the dude has two gears.  “Normal” and “Beast.”  This could seem intimidating if you like the normal Deniz, but both sides are pretty amazing.  You see, Beast Deniz isn’t about making other people feel bad or proving that he’s better than everyone else.  First and foremost, Beast Deniz is about seeing exactly what he’s capable of.  He wants to know how far he can push himself before he is empty, burns out, burns up, explodes, implodes, finds existential bliss by reaching an enlightened state, or simply disappears POOF into a cloud of dust and a pair of running shorts.  He absolutely uses others around him to motivate himself, to stay ahead of or to chase down.  But in his heart, his racing is about the bliss of racing himself.  Can he battle the pain, exhaustion, fatigue, fears, and internal voices that say he should stop or slow down? Can he be faster and work harder than he did before?  Can he do more than he thought possible?  I find this admirable.

It also makes me listen a little more carefully when he talks about racing everything.  Because he’s speaking from a genuine place–not just trying to get us to do something he doesn’t do himself.  This morning, we stood on the wall and Deniz reminded us of our friends, Bojan and BG–the big boys–who started NP with a #RaceEverything mentality.  This meant to do every workout with the focus of racing for the sake of putting everything into it.  That every day can be a race day in which we test our limits.  It’s not to beat others down or prove your better-ness, but when we race everything, we all get better. Deniz knows what this means because he is inspired by others working hard and he will never leave someone out there working hard on their own.  If you’re pushing yourself, Deniz will do it right along beside you.  And many many times, when we aren’t feeling the love or inspiration to race our faces off during an “ordinary” workout–we look up and see Deniz with his beast face on, or the sweat rolling down, or the dirt covering him, and we remember what it means to get in there with both feet, with your whole heart, and simply RACE.

One of the very greatest signs I saw someone holding once when I was at mile 25 in a marathon was this: “If your legs get tired, run with your heart.”  I think it epitomizes how Deniz races everything.  With his great big, wonderful, Turkish heart.

And what better way to put our heads and hearts 100% in the game and race everything today, than with Indiana Jones.  The workout that we, as hill-runners lovehate.  That’s one word.  Lovehate.  We love it for it’s fierceness and absolute fucking brutal difficulty AND we hate it for the exact same reasons.  We would never do it by ourselves (well, most of us wouldn’t), yet it seems we can tolerate it and even love it a little masochistically when we do it with a badass team of friends. When we gathered after the workout for the group photo, Deniz pointed out that while we love smiling faces going up the hills on normal Fridays, today there weren’t as many smiles.  And we love that.  We were in our own Beast modes.  We were busy, racing everything.

STUFF YOU PROBABLY SHOULDN’T MISS if you know what’s good for you:

1. Track your hills today.  You did them, yo! Record it now.

2. Next Friday we will #RaceEverything again + Watermelons.  Yup, you heard me.  It’ll be like a Soapbox Derby but instead of soap boxes, we’ll put wheels on watermelons and race those suckers down the grassy hill next week.  It’s a Watermelon Derby.  Get a team, get creative, get competitive and #JustShowUp.  Winners get pool time.  (There will be many categories you can WIN: most durable, speediest, farthest traveler, highest fashion, best design… we will make them up and you might win.) YOU DO NOT WANT TO MISS THIS.  Wanna see examples of Watermelon Derby contestants?

4. MONDAY RunDeckRun Destination is in the South End.  #Verbal for the workout and get the exact location of Peters Park.  We’ll probably (definitely) be there at 6:30am for a workout.  Not busy? We’ll see you there.

5. November Project has new friends.  New Tribes.  New hashtags.  #21HumpBeat welcomes Phoenix and Vancouver to the NP family.  Like them, follow them, connect with them. Read about them too. #TheTribeIsStrong