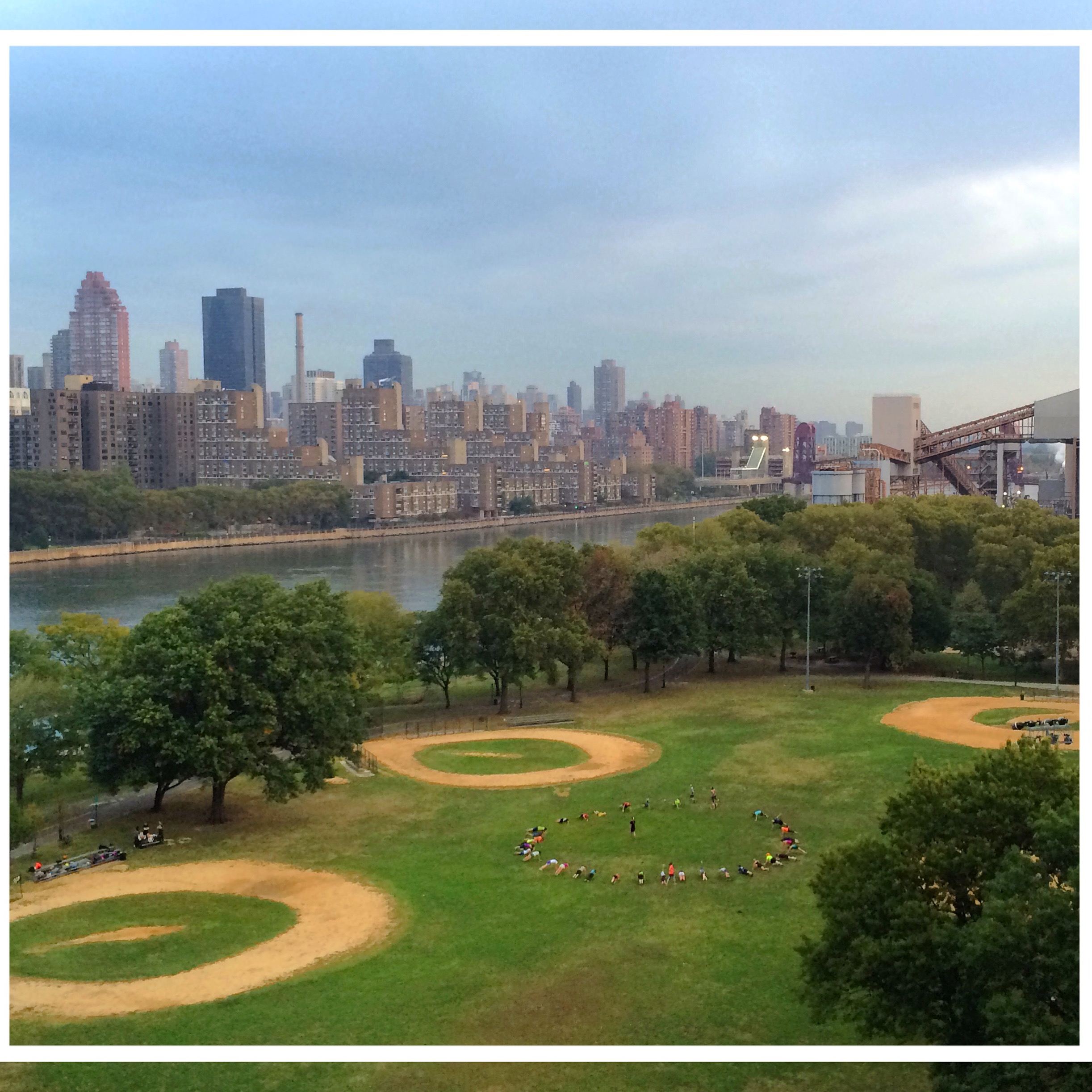 In case you didn’t notice, New York City is comprised of five unique and fabulous boroughs.  NYC is not just the Empire State building, Central Park, Grand Central Station, Broadway, Times Square, or the Statue of Liberty.  It’s way more than that. NYC is wonderful. Did you know that Brooklyn by itself would be the third-biggest city in the land? And Queens? Well, Queens would be the fourth-largest city in America. Queens is also the world’s most ethnically diverse urban area. So today, we went to Queens.

Which has glorious views of the Big Apple and gave some of our marathoners a sneak preview of one of the toughest parts of the TCS NYC Marathon.

We even channeled some o four inner Lloyd Dobbler.

The morning wouldn’t be complete without some NP transplant birthday hazing. Happy Birthday! You’re the Bess!