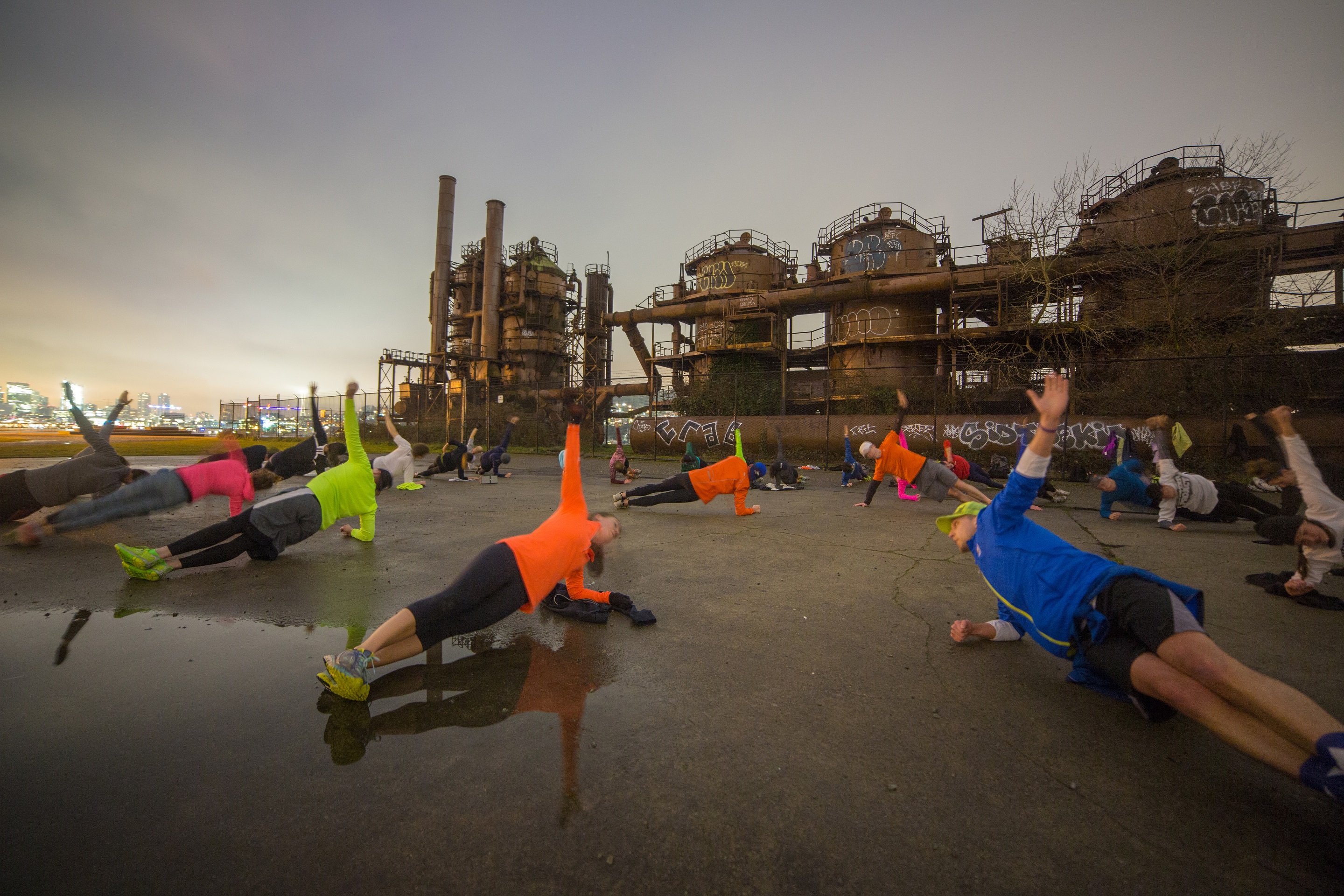 In December, I was asked to write a press release that answered the question, “What is November Project?”

Rather than taking the deep dive into the logistics of an NP workout or giving the high-level overview of how it started, BG and I thought it would be more representative of NP to push the lifestyle and ethos of our favorite cliche: Just show up.

In short, November Project is a free, grassroots fitness, and community movement that started in Boston, MA in 2011 that now has 30 active tribes spread across the US, Canada, Serbia and Iceland.  However, November Project exists because of its vibe, which cannot be explained.  It can only be experienced.

As founders, leaders, and members, we field a handful of questions surrounding the “who, what, where, when, and why” of November Project.  It is by no coincidence that we all answer those questions the exact same way using a simple phrase: Just show up.

It’s human nature to be scared of what we don’t know.  Unfortunately, it also seems most people are scared to try something new.  That, combined with a “leave them in the dark” recruitment approach, you wouldn’t think would result in a very successful movement.  However, people hate missing out.  FOMO, we call it (Fear Of Missing Out).  It’s real.  Your friends post their photos and tag their new workout buddies, and you’re sitting at home, stuck between the couch cushions thinking, “alright, what the fuck is November Project and why is Stephanie so into it?”  Not only is FOMO real, but it’s powerful.

Take Seattle, for example.  A city filled with transplants from across the country, but known for its unwelcoming vibe, specifically to immigrants.  This is The Seattle Freeze.  Now, take an out of the ordinary and relatively crazy idea like November Project and ask Seattleites to give it a shot.  Good luck.  There’s no explanation in the world that could unfreeze this city, but an experience can.  Through the vibe of November Project, even a city as frozen as Seattle is beginning to thaw.

Ask all the questions you want, but I promise you will get your answers if you just show up.