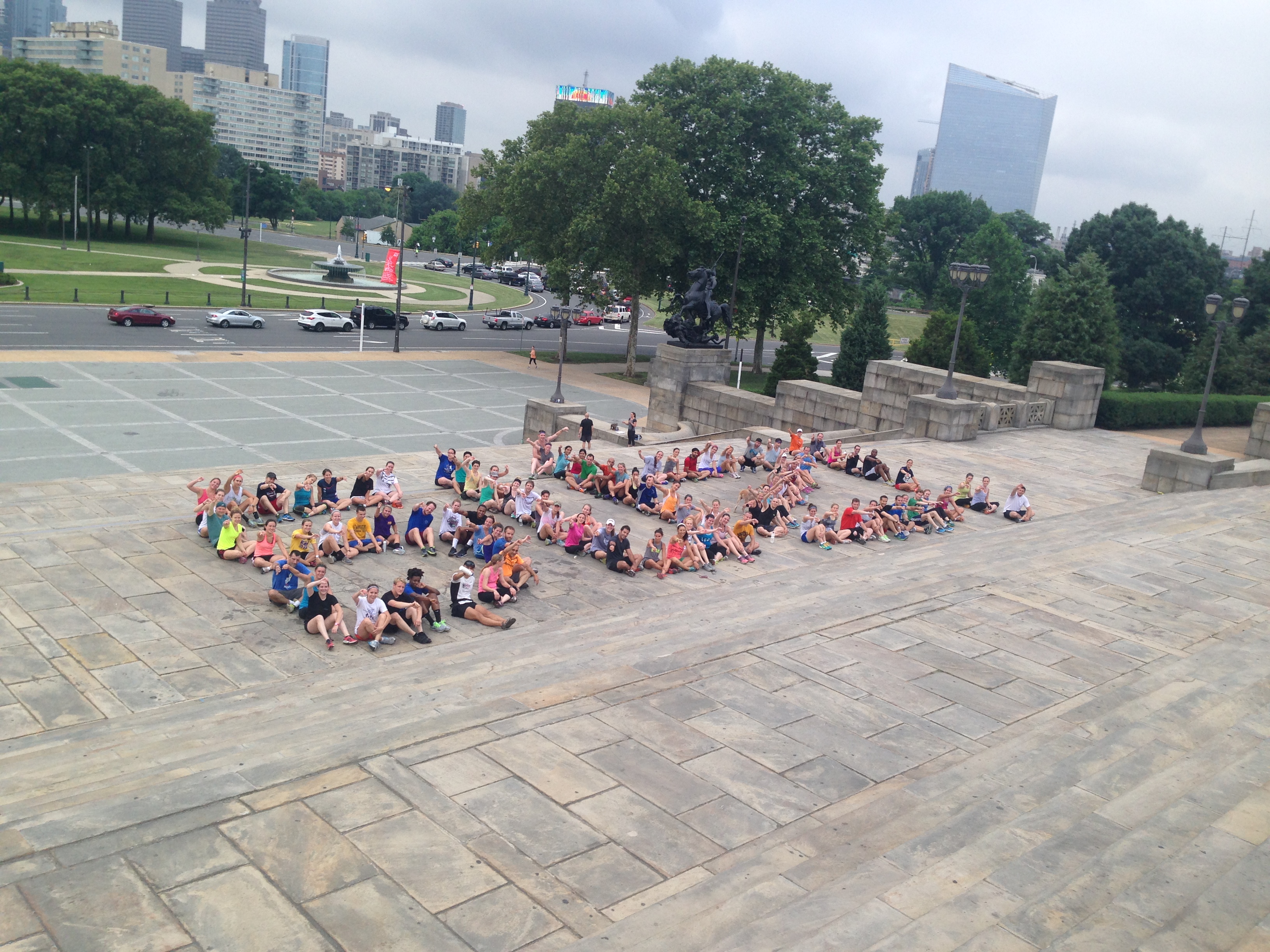 Final Wednesday of the month.  It’s a pretty easy, predictable setup – PR week and tagging.  Traditionally at NP_PHL we do warm up, light, one mile jog.   Then we put our racers on the line and they sprint their hearts out, trying to improve on their previous times.  We tag shirts and generally get everyone in and out of the workout rather quickly.  Today was a slight departure from the norm (read SPICE).  When Suzanne is away, Dan will, well, possibly single-handedly bring down November Project Philadelphia…I joke.

After a collective warm up run, we split the LARGE group into two waves.  After both waves finished, people had to find someone whom they never met before, it was initially all very cordial.  That is until, the rock-paper-scissors-shoot death match ensued.  The ground rules were simple, one shot (none of that best 2 out of 3 business), winner tells loser to run to the top of the stairs and do 20 reps of a workout of the winner’s choice.

NP_PHL regular and fellow Delaware Alum (Go Hens!), Brian Anderson, known in many circles simply as BA (he is also bad ass, so this works quite well) emerged as the last one standing and was crowned RPS champion.  The dude was throwing what seemed like a mountain of rocks, while strategically peppering opponents with paper and scissors.  Ultimately, BA stood atop the podium, and for his efforts, he was awarded a limited edition, one-of-a-kind, more than gently used, very bright, November Project, #grassrootsgear, insulated lunch bag.  Congratulations BA, you will be dining in style!

Kaitleen, who rocked the Hard Hat well this past week, passed the hat to Megan M.  Megan is a lover of all two and four legged creatures.  When Megan isn’t training with NP, racing or generally just being a cool chick, she is helping dogs in need find good homes.  She is community oriented and a purveyor of positivity.  Congratulations Megan!

BIG, BIG thanks to Amanda and Meghan S. for all the help today with timing/photos/etc.  Also, huge thanks to Jason, who (AGAIN) brought a case of water for all to enjoy.

Friday we are at FRANKLIN FIELD.  6:25 AM Fox Fitness Center entrance.  MUCH LOVE.