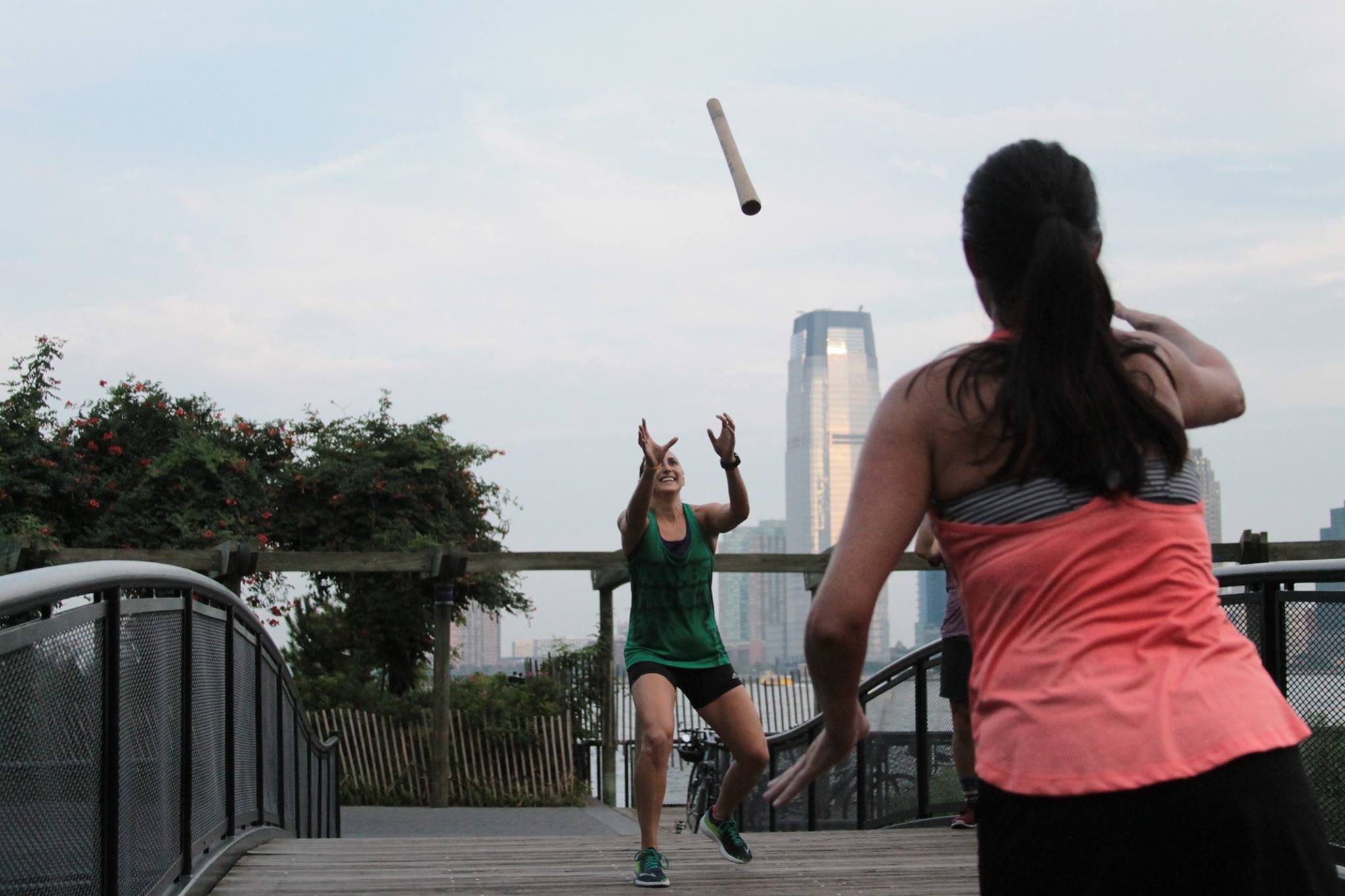 Last Friday we gave the positivity award out to Erica Silbiger.  She shared this deep personal story with us right after receiving the award.  Erica you are a beacon of Positivity that has had so many challenges thrown her  way. that have molded you to be an inspiration for others.  Thank you for sharing and Thank you for being here. Take it away Erica :

Almost everyone who knows me knows that I wear a yellow Livestrong bracelet on my wrist every single day. What most of them don’t know is that I’ve been wearing this bracelet for 13 years. When I was 17, my father was diagnosed with Non-Hodgkin’s Lymphoma. Watching him lose his hair, getting weaker, and having to stand underneath the bleachers by himself at my soccer games because being around people would risk him getting pneumonia wasn’t supposed to be happening. These things don’t happen to ME. Maybe other people, but not me.

I wished I could go back to the days where all I worried about was who I would sit with at lunch and if my Spanish teacher would give us one of her infamous pop quizzes that day. Let me start by saying that this isn’t one of those “this inspired me to push through and find my inner strength” kind of stories. I will very openly admit that I wanted to give up. I was an incredibly negative person with a pessimistic outlook on the world. How does a doctor who has never smoked a day in his life get cancer? Because clearly I was an expert at medicine and how cancer works.

Graduating from high school became the next obstacle, which in the past as a straight A student was never an issue. Thinking that in itself was an accomplishment things started to get a little better. Soon after, my father went into remission and hope came back into the picture. But then we lost my grandfather to kidney cancer and my grandmother to Alzheimer’s and a faulty water pipe caused our house to collapse, damaging most of our material possessions, forcing us to live out of a hotel room with whatever was left until I went to college. So, again, I wanted to give up. I hated everything and pushed everyone away.

I started running to combat these negative feelings and get rid of the negative energy. I would run and run and run until I was so exhausted and had nothing left. Too numb to feel. I moved to New York after graduate school and realized that just running wasn’t enough. I nee
ded to put it to good use. I started fundraising for the Leukemia and Lymphoma Society while I trained for my first marathon in honor of my father and in memory of my grandfather. I finally felt like the cliche “everything happens for a reason” might actually be true. I might have lost a loved one to cancer, but that doesn’t mean others should and I wanted to make sure I was doing everything I could to help fund the cure. Running gave me a purpose and running marathons showed me the value of pushing through the wall and to keep going. HERE is where the story turns into me “pushing through and finding inner strength,” because I did.

A few years and several marathons later, one of my best friends in the Boston tribe told me about November Project. For better or worse, I decided to #justshowup and it was the best decision I’ve ever made. More than ever it made me realize that I am not the only one with something to “push through” and overcome. For the first time I didn’t feel judged by my past, because that didn’t matter. What matters is how I choose to move forward. What matters is that I show up and I do what I can and then leave with a huge smile on my face and other people’s sweat on my clothes. I’ve never felt more welcomed in my life. I’ve never felt more myself. They don’t care how fit you are or what uniform you wear when you race. Do you show up to the race and give it your all? Do you wait until every last person has crossed the finish line because they deserve the most bad ass cheer tunnel more than anyone? The person underneath the shirt is what matters. The person underneath the shirt is the November Project.

When I started running ultra marathons I worried about pushing my limits too far and if I would be able to do it. I would focus on how I would get to the finish line instead of being in that moment. It wasn’t until I changed up my mindset that I realized it was possible. You need to run the mile you’re in. And when you finish that mile, focus on the next one. And then the next and then the next until you’re there. So when you feel like you’re at your limit and can’t see the finish line, just focus on the mile you’re in.

Receiving the Positivity Award is something I will never forget. Even as I type this I look back and forth from my yellow bracelet, to the wooden oar on my desk, to the keyboard, and back again. I know that running and the people I have met through running have made me a better person. But it’s hard to see your own progress and how far you’ve come until it’s thrown (literally) into your hands. To have someone, or a huge group of someones, tell you that you are making a POSITIVE impact? Well, all I can say to that is #fuckyeah.