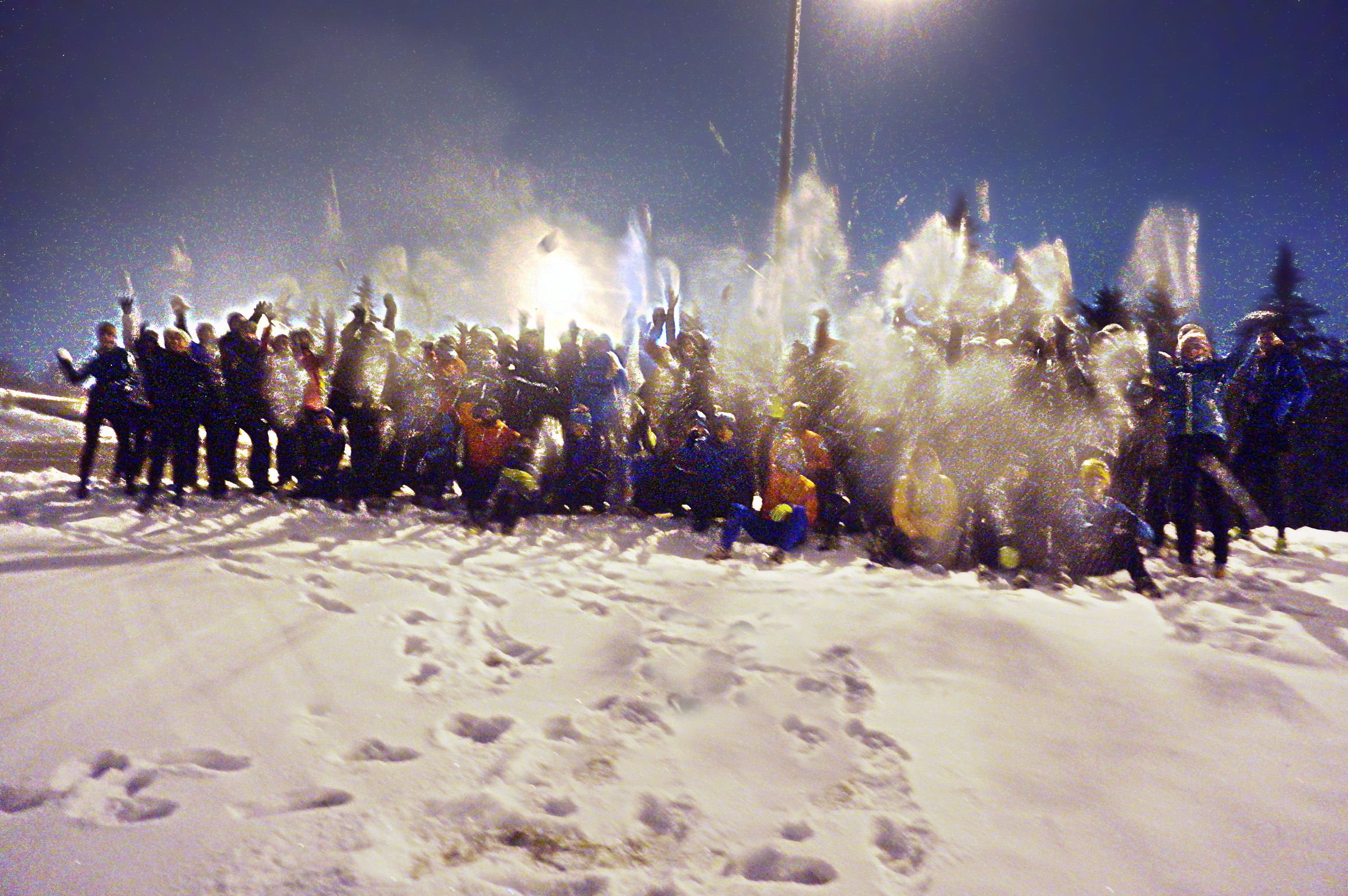 Is it really -83C with windchill outside? Will we need to get new badges? You have all definitely earned your weekend, and I’m told it will be a bit warmer next week. I could talk about how fierce you all are for showing up this morning, but you already know it. Instead, as you walk around your office, school, boiler room, firehall and airplane bathroom this weekend, and hear people talk about how cold it is outside, take a moment to remember what you were doing this morning and all the people who were right beside you. The ones who were not complaining, but were chasing you down all morning.

By the way, the over 60 of you who tried hitting me with a snowball had a decent success rate. I felt one in the head which was mildly impressive. There is photo evidence, however, that many of you need help making a snowball. We’ll have to work on that if any of you are going to head out to the #yegsnowfight.

Monday’s location will be in the tracker. See you there.

Those who were at the workout this morning saw the new Buffs in person. These were designed by fellow tribe member, Seanings, who does everything from run stairs, to act as my doppelganger. Angela, who recruited the most newbies on a single morning (7), received one before everyone else. The recruiting skill is very valuable to have.

You’re probably wondering how you can get your head into one of these. As with anything, you never have to spend a penny to come to November Project. You are not obligated to get one of these, and to be honest, I care more that you show up and give hugs every morning than get one of these. In fact, not all of you will get one of these because we only printed a limited amount of them. Once they’re gone, they’re gone. Because there is a limited amount, we would appreciate that you purchase for yourself. We would like those who wake up every morning and bounce with us to have a chance at these first.

For those that were asking about buying a buff for people in other cities, leaders from each tribe are determining if they will be ordering for themselves. They will get their orders in the next few weeks.