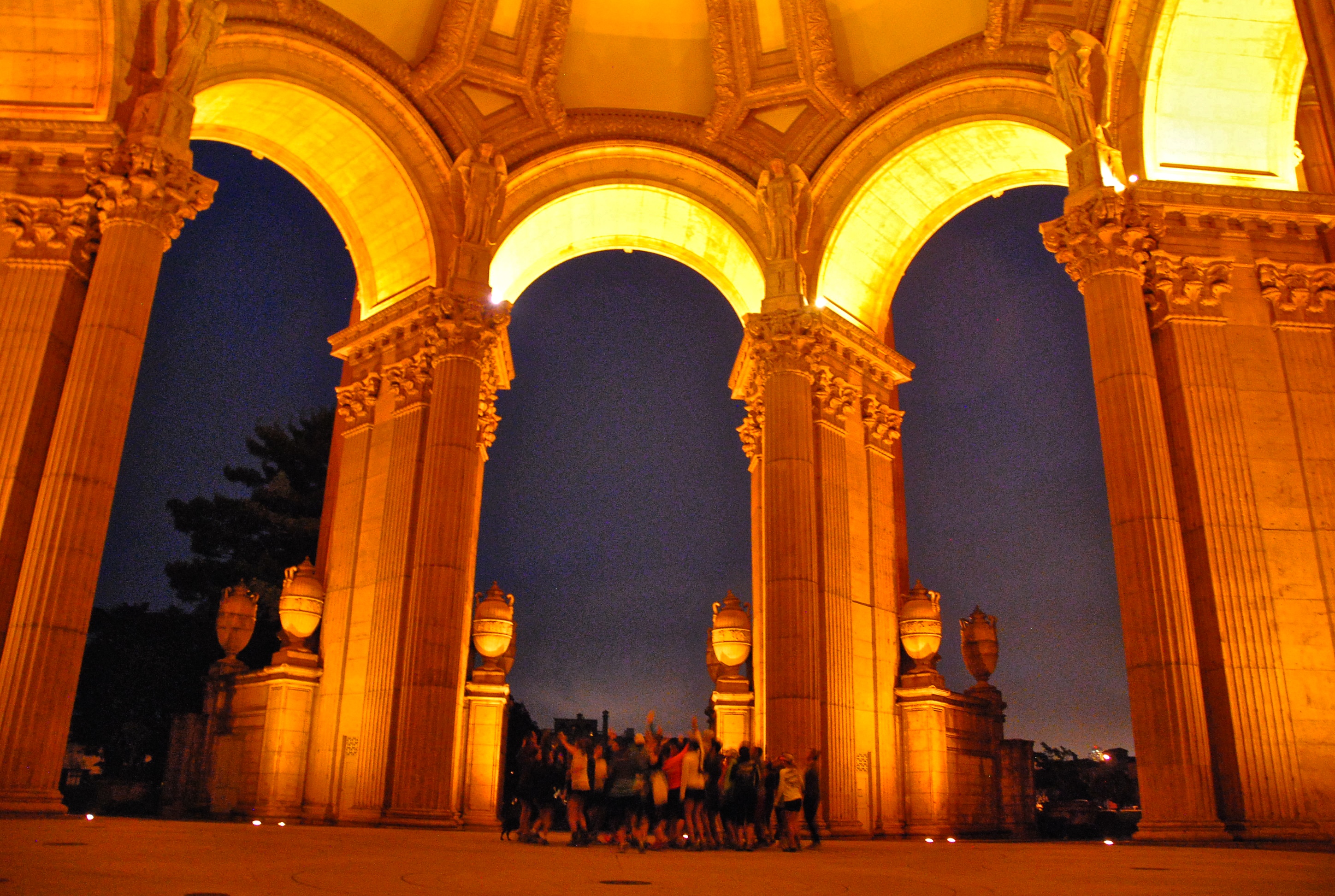 This morning we had Flat Friday 3.0 and Tantek didn’t complain. Not even once. Not even during the 2 minute wall sit, or the suicides. That makes me feel pretty good. Maybe it’s because the location was just too beautiful to oppose. Maybe it’s because the Palace of Fine Arts provided a giant sculptural umbrella that 300+ people could fit under. Don’t misread that, there were only like 50 people present this morning, I’m just saying that we COULD have fit 300 people under there… Could have.

Look at those people. They’re so fucking happy. Probably just got engaged or something. Well la dee da, good for you guys. Tuck your shirt in you clown, you’re getting married to you best friend. Or at least that’s what she’ll post on Facebook, even though we alllll know she used to have a thing with your best friend, Ricky. Damn it Vanessa, WHYYY!? RICKY??! How could you!? I don’t know what you ever saw in that guy… Sure, he drives a Trans Am and plays in a Toto cover band, but I didn’t think that’s the kind of guy you went for. It’s like I don’t even know you…

Who knows, maybe I’m looking at this all wrong. Maybe he just found out about Ricky and he’s throwing her into the lake. Yeah, that’s probably it.

*Ahem* Anyways, the Palace of Fine arts is that giant illuminated dome thing in the Marina. You can see it from just about any high point in the city, which makes it an awesome location for 50 people to run to from 50 different sides of the city. I forgot (read: actively procrastinated) coming up with a workout until the last minute. And by last minute I mean literally during. So I decided to try and come up with enough random activities on the fly for you guys to get your sweat on for 30 minutes straight, and I’ve gotta say, it worked out pretty well. I did half of the workout with you all and I’m already sore. So good work.

This was a great fucking week. Great times. I’m proud of all of you who made it through both the soreness from the Endurance Challenge AND the rain. I’m even more proud of you who got chocolate wasted at your company holiday parties and STILL threw down this week (Laura). Well done.

Thanks for coming out this morning, have a great fucking weekend. We’ll see you on Monday!