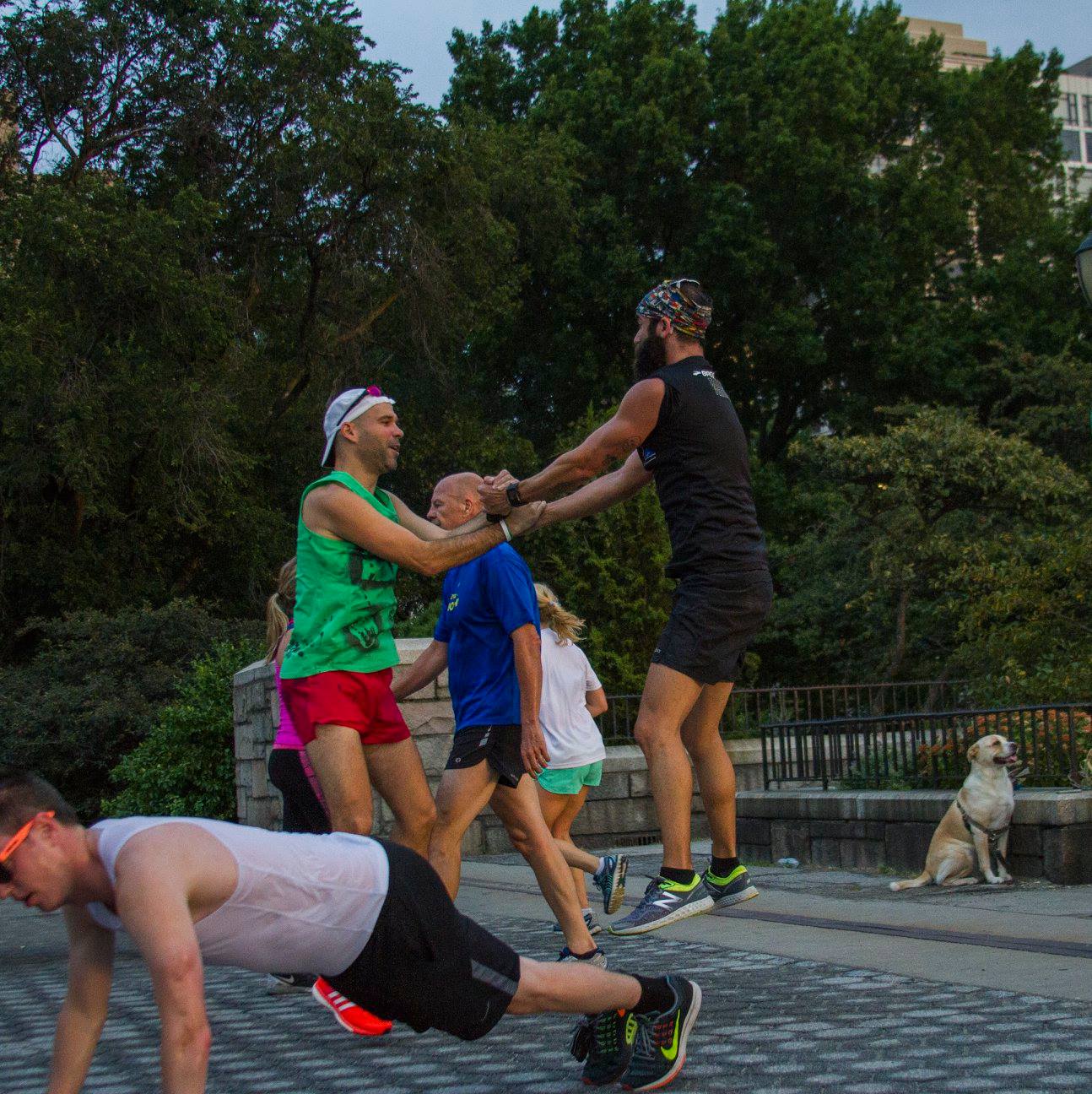 Today’s blog post is brought to you by Pete.  That is all.

The Dads needed to jet out of town and leave the tribe for a few days. Most folks would’ve just poured a huge bowl of dry food, put out an extra litter box and said “See ya’!” but the Dads aren’t most people. They knew this week needed to be #RAD, and if you need #RAD? You call the Stepdads. POW and OG busted out the Running And Dancing. #RAD. The Tribe was split into pairs, not by pace, not by fitness, but by awesomeness. Find someone that’s as awesome as you are and give them a big old hug. BOOM there’s your partner. In an effort to keep the Tribe from acting up, the Stepdads kept them tired by running them and entertained with dancing. They danced with their partners, danced hard. They grooved with hoisties, fuck yeah push-ups and compliment squats. All #RAD moves. But the Tribe kept the energy up, they couldn’t be tired out. The Stepdads were the tired ones. Tired and proud. It turns out, the Tribe were the ones keeping an eye on the Stepdads. The Tribe was showing POW and OG just what it means to be awesome.

So when the Dads return from parts unknown, they will find things mostly as they left them. Some new folks just showed up, dropped some serious free fitness and joined the family. But it’s seems there has been a Mike that was misplaced. POW said OG was supposed to watch him, OG is sure POW was the one to be watching him. We know Mike will turn up again, but in the meantime he’s going to be greatly missed.