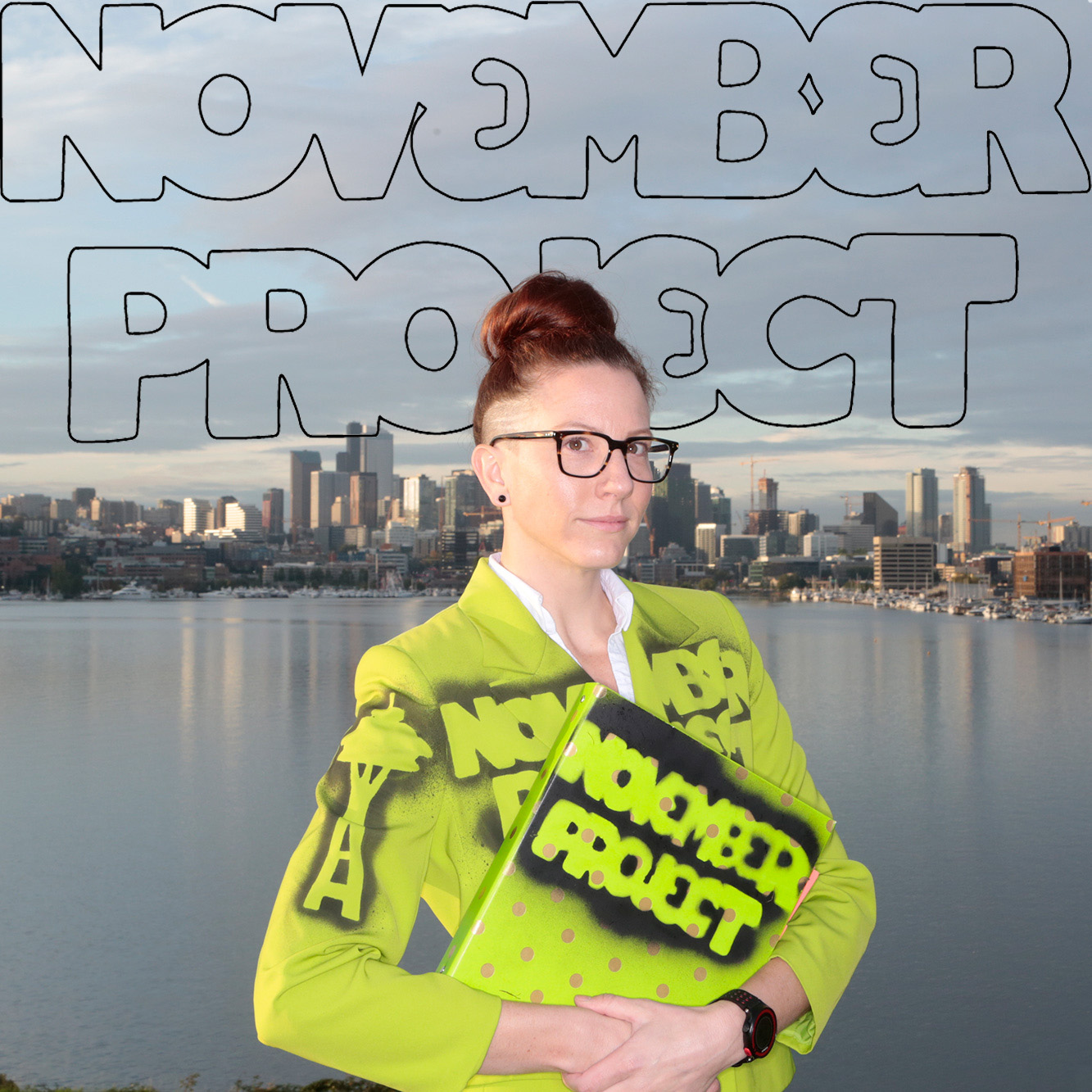 She was jumping over high things with the Northeastern Track & Field team back when Clayton & Laura were running track laps and Bojan and I were trying to make boats go fast. Janel. She left the NU Huskies after graduation, traveled all over, fell in love, got married and ended up in San Diego almost 2 years ago. She was one of those members of November Project who was always there. She was all things NPSD. She is November Project 120%. She’s one of us.

Fast forward to about a year ago Janel made her way up the West Coast to a new home in Seattle. Janel missed NP so much that she built a small training group which would eventually join forces with the pledge group that built NP Seattle.

Professionally, Janel has been in the mix with our 2014 Summit which brought 16 cities of leaders and members to the Endurance Challenge in Wisconsin. Air travel, accommodations, vans, meals, she booked it all, she had the magical binder at all times, with all of the info, details, and directions. She’s one of those people. Detail driven. A total planner. Janel is dedicated to the movement so much that she used her skills and her new event planning company to build our most recent November Project Summit late last month in Park City, Utah.

If you have read this much and are still confused, I’ll bust out an old fashion NP tradition of what we call “WISCONSIN NOTES.” Back in the day Dan Graham “just couldln’t get through the long ass posts” from Boston and demanded notes that recap all of the blah, blah, blah, and thus WISCONSIN NOTES were born. Usually pinned to the very top of the post so that readers can get the gist if they don’t have time to nab each line by line. So here goes…

WISCONSIN NOTES:
Janel is a machine.
Her company The Color Creative should be considered if you or anyone you know is throwing a wedding, a party, or an event.
She is as much November Project as any core members, fanatic leaders, or outspoken Co-Founders that we have.
We can’t thank her enough for all of her hard work this summer leading up to the #NPSUMMIT 2015.
Friend her on FB here.
The tribe is strong.