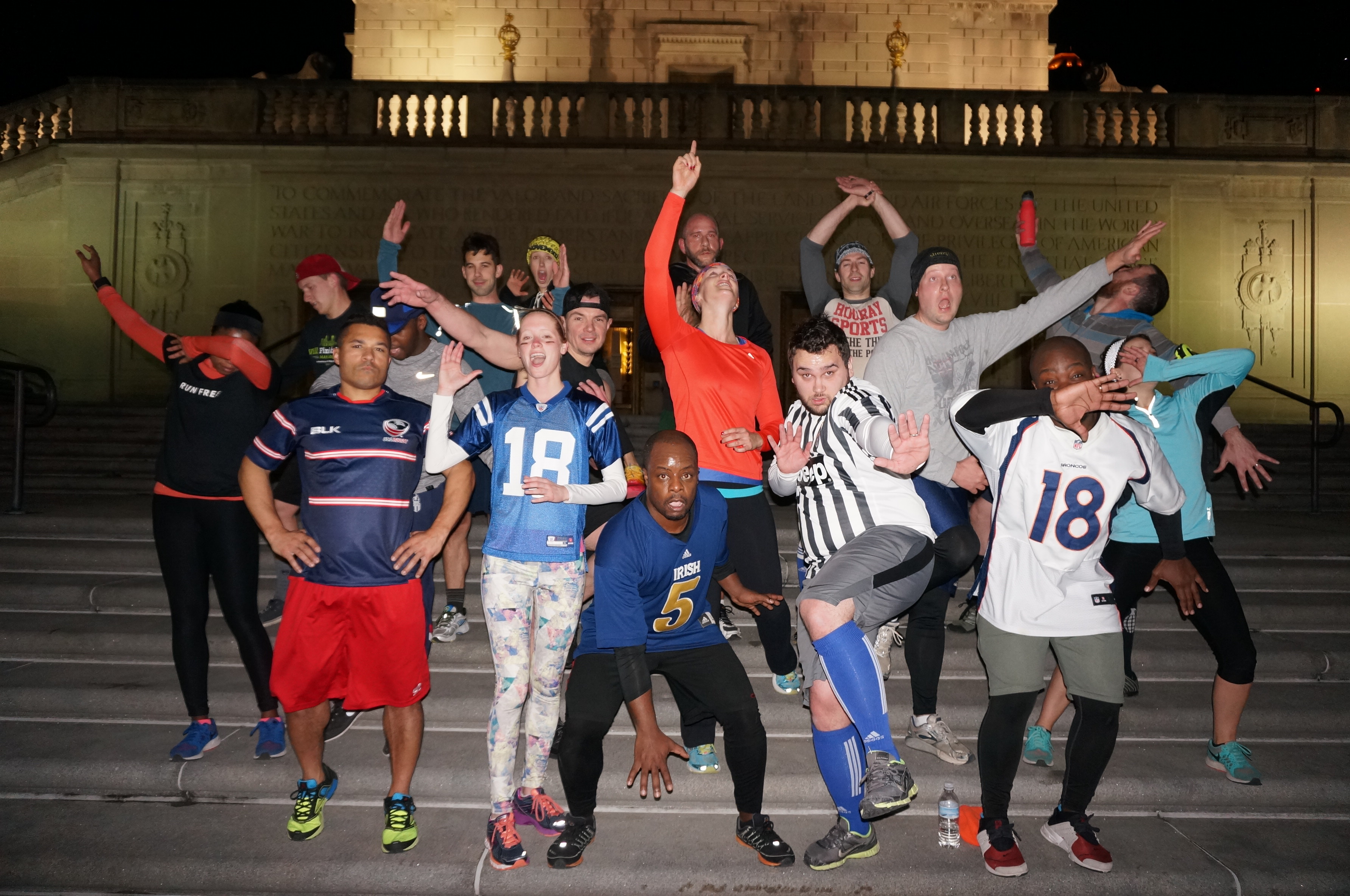 Even though Peyton is wearing a different horse on his jersey these days, we will always have love for #18 here in Indy.  So, to honor Super Bowl week and what is looking to be Manning’s final game, this morning’s workout took on a football theme.

Tribe members got into teams of four with a quarterback calling the plays.  The playbook consisted of four plays:  10 High-five burpees, 16 Jumping Lunges, 15 Low-Five Push-ups, and 20 Tri-cep dips.  Each play got the team a 25-yard gain.  Once the team gained 100 yards and scored a touchdown, the extra point was a quick run up the north side stairs to touch the gold door.  At any time the field goal whistle could be blown which meant the drive was finished and every team did an up-and-over to score 3 points.

The teams left it all out on the field today as both games ended in a last second field goal.  The Pro-Bowl squad of “T-D Dance” (Blake, Joey Mac, Casey, and Robert) squeaked out the victory by ONE point with a final score of 38.  But the real winner today was me, as I got to channel my inner Coach Eric Taylor (shown here for those of you who are not, but should be, familiar with Friday Night Lights).

MVP’s today went to the Brothers Kamwendo who walked away with all the hardware today.  Peter won the race day cape for the best negative split over the past two months and Shadreck got the Positivity Award.  Both of you have become a great core part of the group and we’re so happy you keep showing up and smiling each week.

With November Project, on any given Wednesday, you are going to win…or win.  So #justshowup.  We’ll see you next week, and until then.