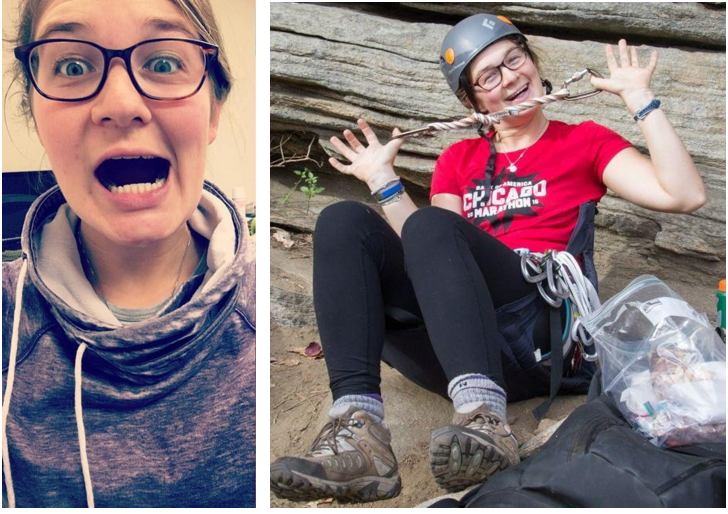 So, you know the saying–better late than never. This WMY post comes to us from D.Roth, and arrived on Monday, but we “missed” it. Hah! Get it? Anyway… Maybe Polly should’ve applied the “better late than never” approach too in order to not wind up on this wall… AGAIN. Here’s D.Roth’s take on the matter:
Hi Polly Murray.  You probably know where this is going.  If not, let me refresh your memory a bit:

Yes indeed, that is Forest Gump.  But if you look above that, you will see very clearly where you told the entire Camberville Bike Gang that you would be awaiting them at 6am from the BU Bridge.  Indeed, Evan, Cahoon, Blumberg, Doost, and whoever else is in those tiny dots down there also bore witness to this verbal.  I said I was going to try this new fad called jogging (or is it yogging…?), but you assured the others that you would be there at 6am.

And in a plot twist that would even make M. Night Shyamalan recoil in horror, you were nowhere to be seen this morning.  Yes, you said you were up late applying to grad school (don’t do it, grad school is for suckers!); and sure, nobody responded to your bike gang invitation.  But what’s wrong with a bike gang, party of one?  Perhaps you were afraid you would get lost, but I know better than that.  You’re a badass paddler, climber, hiker, and explorer of the outdoors [insert brown claw here].  Your navigational skillz are on fleek.  So I can only assume that you were snuggled all warm in your bed, with visions of Carolyn winning the PA dancing in your head.

So you goofed, and that’s ok!  We still love you.  But mostly, we missed you Polly!