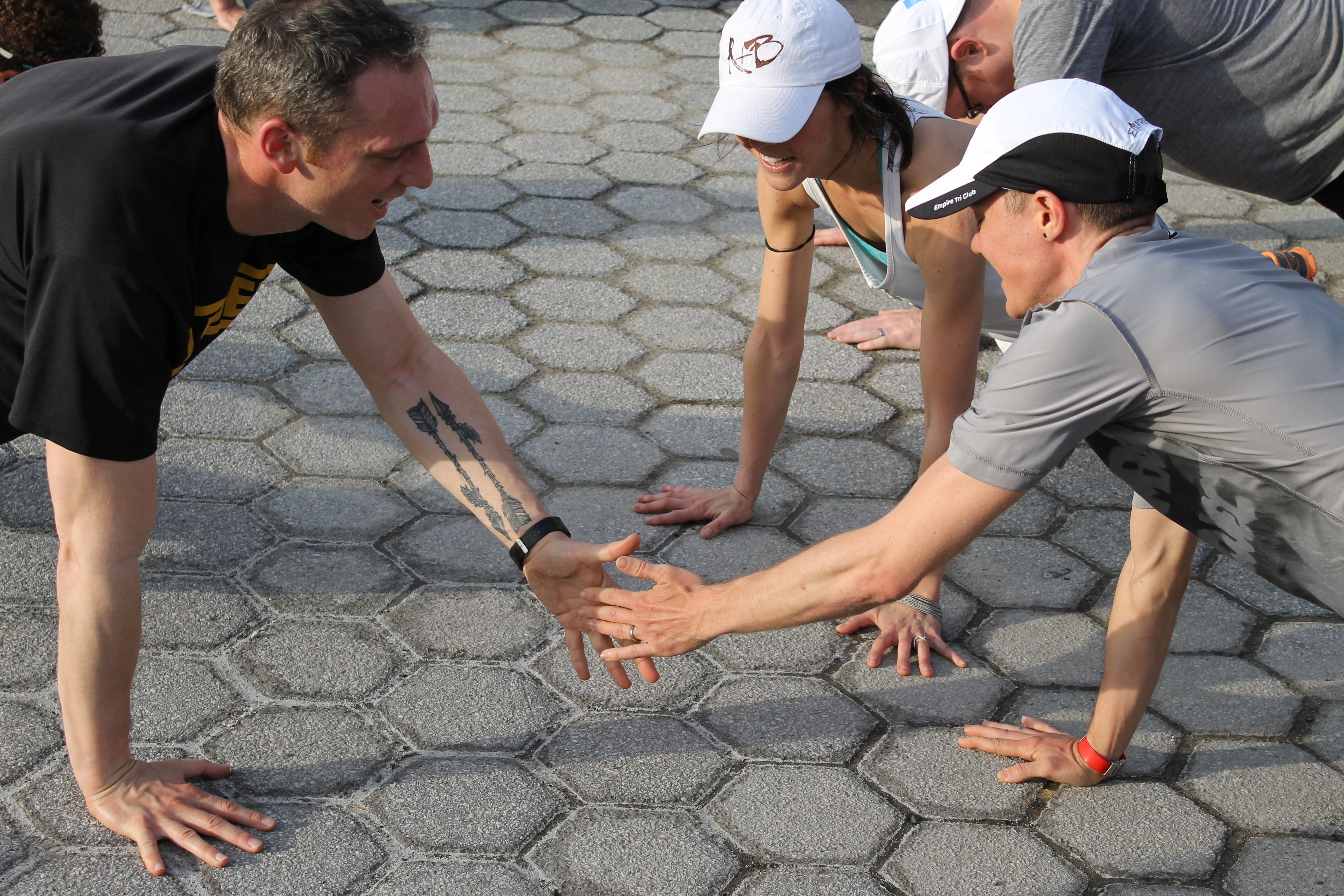 Ok, shit just got serious.  We’re raising the bar week after week and the community is growing.  Two major PR’s were set this morning in Charles Schurz Park.  We hit our record number today by 20 people. Eighty-five peeps in the house (or park)! Yes, that’s 85!  That PR was spurred on by support from fellow NP-tribe-a-nators, Patrick from Boston and Christina from DC.  Also, since we didn’t hit 100, Paulleak got to keep his hair…..for now.

Our second PR was achieved when Pam showed up to rock the workout. Pam is now our most experienced and wisest NP-NYC community member to date.  Pam was born in 1946 which was the first year of the Baby Boom. BOOM!

Today’s sweatfest started by getting everyone in the plank position.  Tribers were called out in three groups to get the workout kicked of–three groups were divided up by the top row, middle row, and bottom row of the keyboard.   We ran for 30 minutes around the Grotto Shamrock with the following three stations between routes: step up’s, dips, lunges.

Tribe showed love and support to Ashleigh by sporting our greys and sending our hearts. We love you San Diego.  The tribe is with you.  The tribe is STRONG.

Positivity Award was awarded to Pete who travels every Wednesday from Strong Island  and is typically the first one waiting by the Gracie Mansion flagpole.

Since we hit our goal of 76, stay tuned for #SummerFridays!