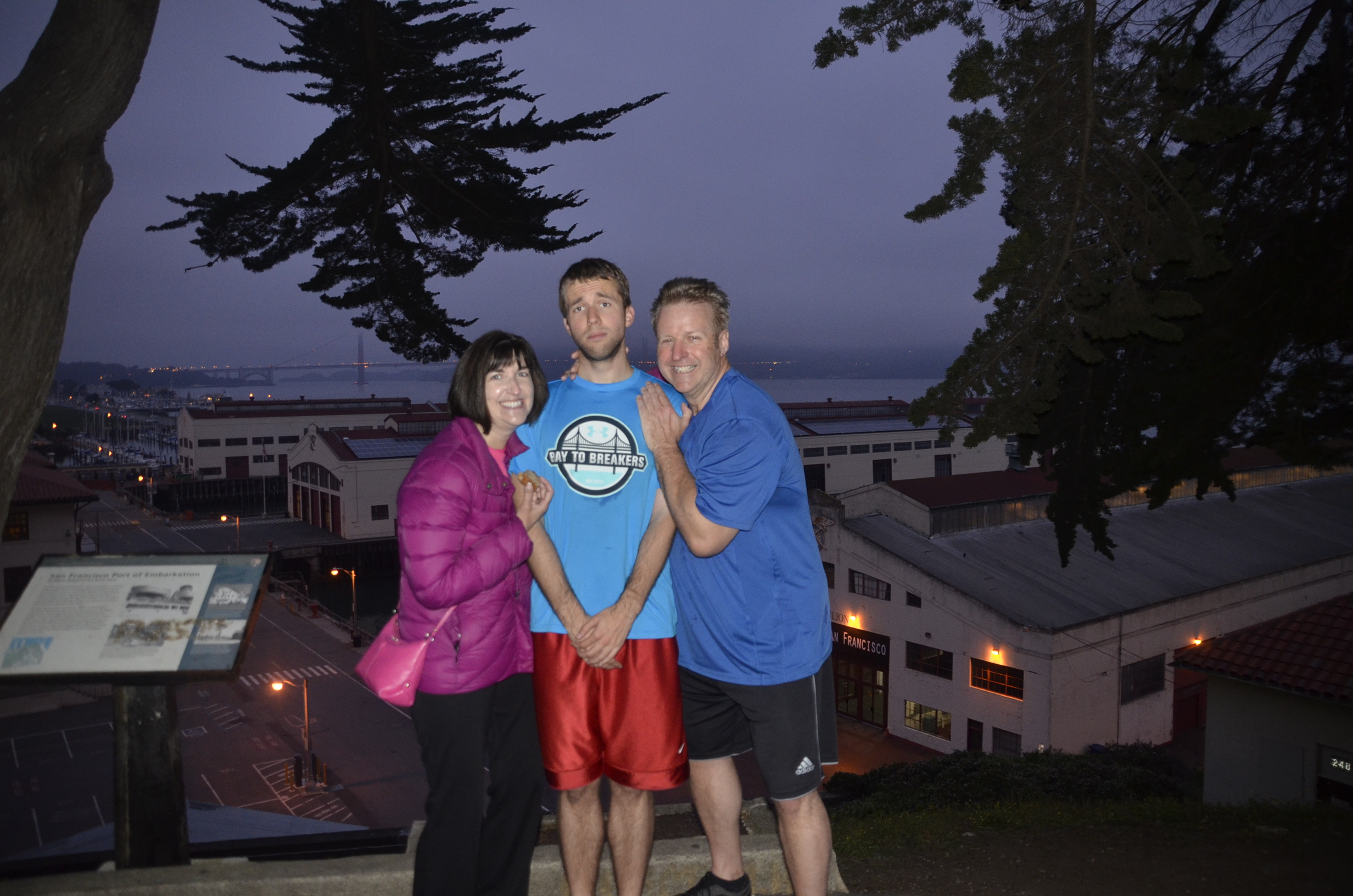 Our elder tribe members turned out en force today with the Zipins, the Noviskis and Kenny Wong all overcoming the Daylight Savings change-up to #StormTheFort and crush a burpee-laden relay of marathon proportions. We grouped into triplets and with one person manning a workout station at the bottom of the hill and one at the top, the third (Pheidippides) would run the hill to pass the message of a specific workout to do at the next station. In the midst of this 30 minutes of burpees, squat jumps, bicycles and knee-to-chest push-ups, two main questions were reverberating around the group.

The first one… where on earth have Connor Green’s parents been? Some of you may remember a #ParentsofNP video battle that erupted between Marla and Phil Zipin and the Greens back in 2015. Even the O’Learys got in on the video action (or is it O’Lagggaraahhs, O’Lanterns, O’LLLLL… fuck it, Paddy’s parents). Well Marla and Phil left a little message for the Greens and well, for the rest of the parents of the November Project community. The Greens, the Roeckers, the deAngeliiii (think that’s the plural), you’ve all repped the families at November Project workouts, but where have you been as of late? What’s up with you?

After that classic O’Claytonesque digression, the second question? What ever happened to that NPSF-NP_DC Giants-Nationals bet from last Autumn? Nick Buck inspired a bet between the two tribes over a game in the wiffleball playoffs. Here’s an awkward trashtalk video from Dan, Mitch and Paddy (with a special guest appearance from NPSF Hall Monitor, Kenny Wong):

NPSF and the Giants won the said series by 2 games so earned themselves a photo album of the losing tribe (DC) wearing/passing along on the shirt/hat combo during a workout and the losing city also sending a case of a microbrew beer brewed in city or region. But since then, we have had no word from Steve, Danny and the new kid on the block, Kaelan. Your traverballer, Colleen, is coming back with a message this week.

In other news today, we murder-whispered for Mark and Katy’s birthdays today and  nearly woke up half a youth hostel. Classic! AND DON’T FORGET… this Wednesday, we have the our new friends at Heist Projects (a video production company in San Francisco) coming to film a commercial and they want US to be in it. Do your hair (Braden!), iron your #GrassrootsGear, you’re going to be on TV.