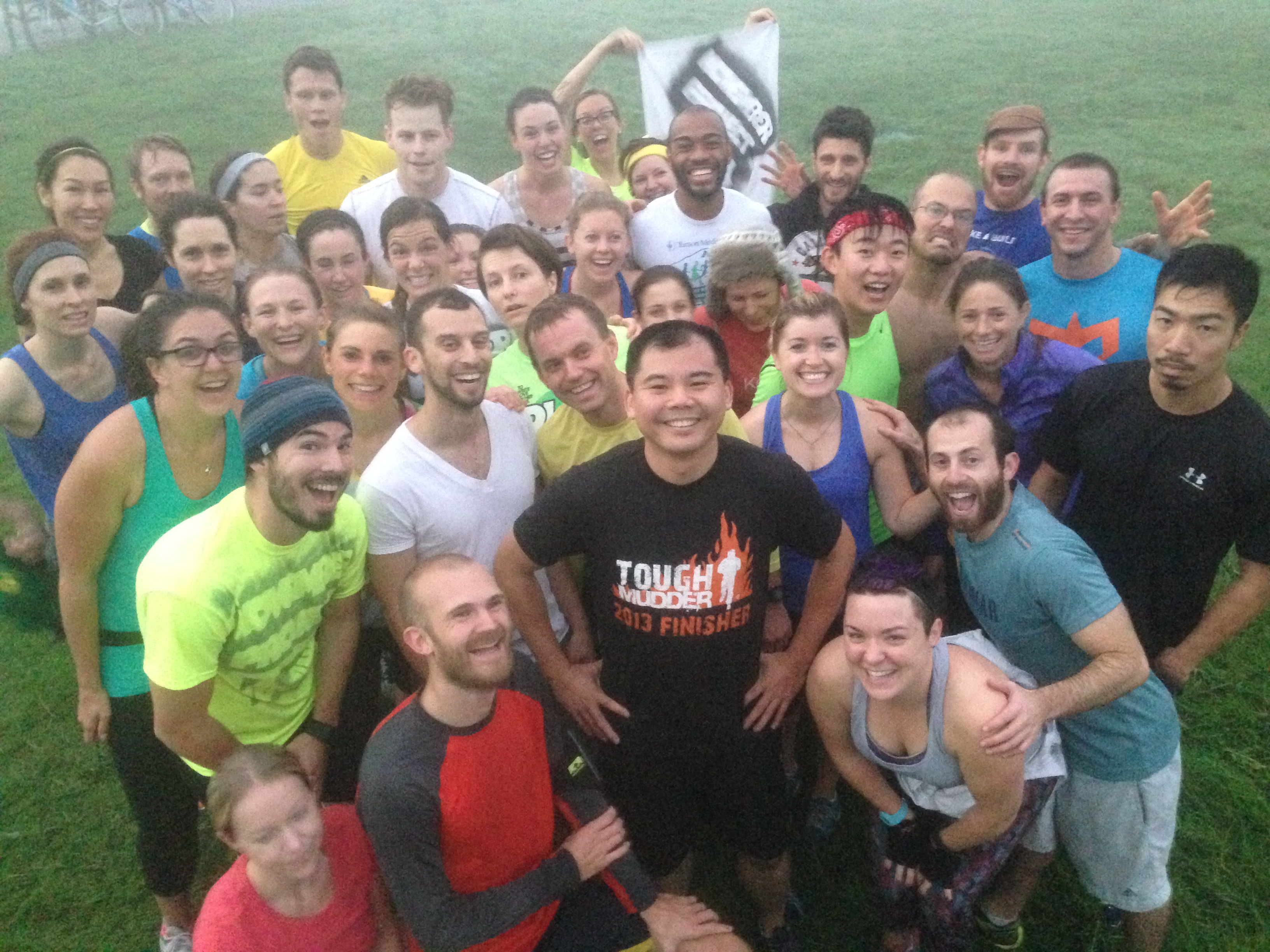 The show – as they say – must go on. And so despite all three co-leaders being out of town and tribe members scrambling to pick up last minute presents for their loved ones, we #stormedthefort in full force Monday bright and early to get our dose of #freefitness. Verbals were kept, strangers were hugged, and spirits were high.

Karl the Fog and his cousin Dewey the Dew showed up fashionably early; Marisa Levine returned to the Monday NP scene after being publicly called out by Laura; Jens brought his family to confirm the tribe’s belief that every person from Denmark is superhumanly fast; and we had visitors from other tribes, and even a couple of newbies who heard that two handsome men were going to be leading the workouts this week.

The tribe got close as they usually do, confirmed that it was indeed a good morning, and that feck yeah, they were all good. We started off with a little bounce, shouting random holiday words in unison and quickly proceeded to the workout.

For the first twenty minutes, everyone formed teams of 3, and two team members did an exercise at the top and bottom of the stairs while their third teammate ran up or down the stairs and then tagged their teammate and replaced them. The tribe cycled through leg raises, pushups, sergeant jumps, and burpees between their ascent of the stairs.

After fulfilling their promise that they would be responsibly look after the tribe, Ben and Josh decided that with the parents gone, it was time to play. The last five minutes were spent in a chaotic game of burpee tag, with five fine young lads and lasses chasing the rest of the tribe down as they ran or bear walked across the playing field. If you got tagged, you had to drop and do 10 burpees before assuming the position of being “it.” We got messy, we got great glutes, and we got a great start to the holiday week.

After the official workout, Pavement Runner (Brian Kelley) led folks on a one mile #runwithSydney to show solidarity with Australia after last week’s tragedy at Martin Place, an initiative started down under by our very own Rebecca Daniels. We miss you RAD, and we will keep running no matter what. The tribe is connected and the tribe is not scared.

In fact, we’ll keep running on Wednesday, Alta Plaza, 6:26 am. #justshowup to get in a great workout before the holiday.