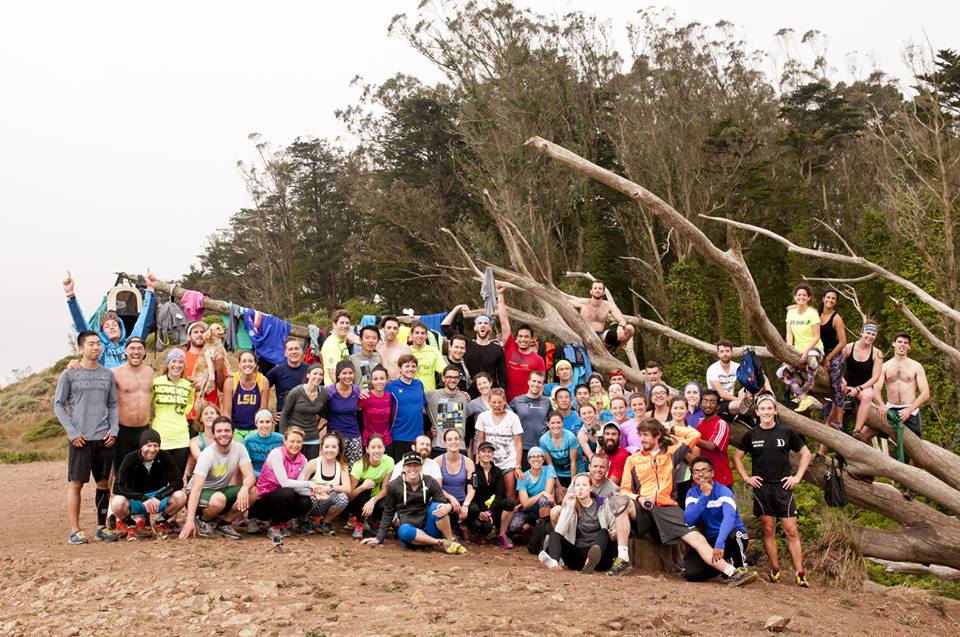 November Project San Francisco has been up and running for 2 years. TWO YEARS! That’s pretty freaking cool. And over those two years we’ve summited some of the highest peaks in SF. Ok, I realize using the word “summited” is a tad hyperbolic  (SF isn’t exactly the Himalayas) but there are some pretty steep grades, and some pretty cool views, and we have seen just about all of them. Twin Peaks, Corona Heights, Buena Vista, Bernal Heights, Coit Tower, Potrero Hill, Grand View, Tank Hill… to name a few. But for one reason or another we had yet to throw down on the highest peak, Mt. Davidson.

Maybe it’s because half the year it’s dark as shit, or because it’s pretty damn hard to get to, or because of the fist-sized mosquitos that could carry your dog away. Whatever the reason, we got the fuck over it and finally threw down on the highest point in SF proper. And MAN was it cool. If you missed out, you missed out. You missed out hard.

For some reason we keep letting Paddy lead the group into the woods to start these hill sessions. Maybe it’s because he’s the only one of us leaders who actually plans anything out before the workout. So naturally he had a trail / loop / plan in mind. Or at least we thought he did. Unsurprisingly, on the first attempt, half the group emerged from the woods from one direction scratching their heads while the other half successfully reached (and worshiped) a giant religious idol, as per the instructions. Things are getting strange here at NPSF, and we wouldn’t have it any other way.