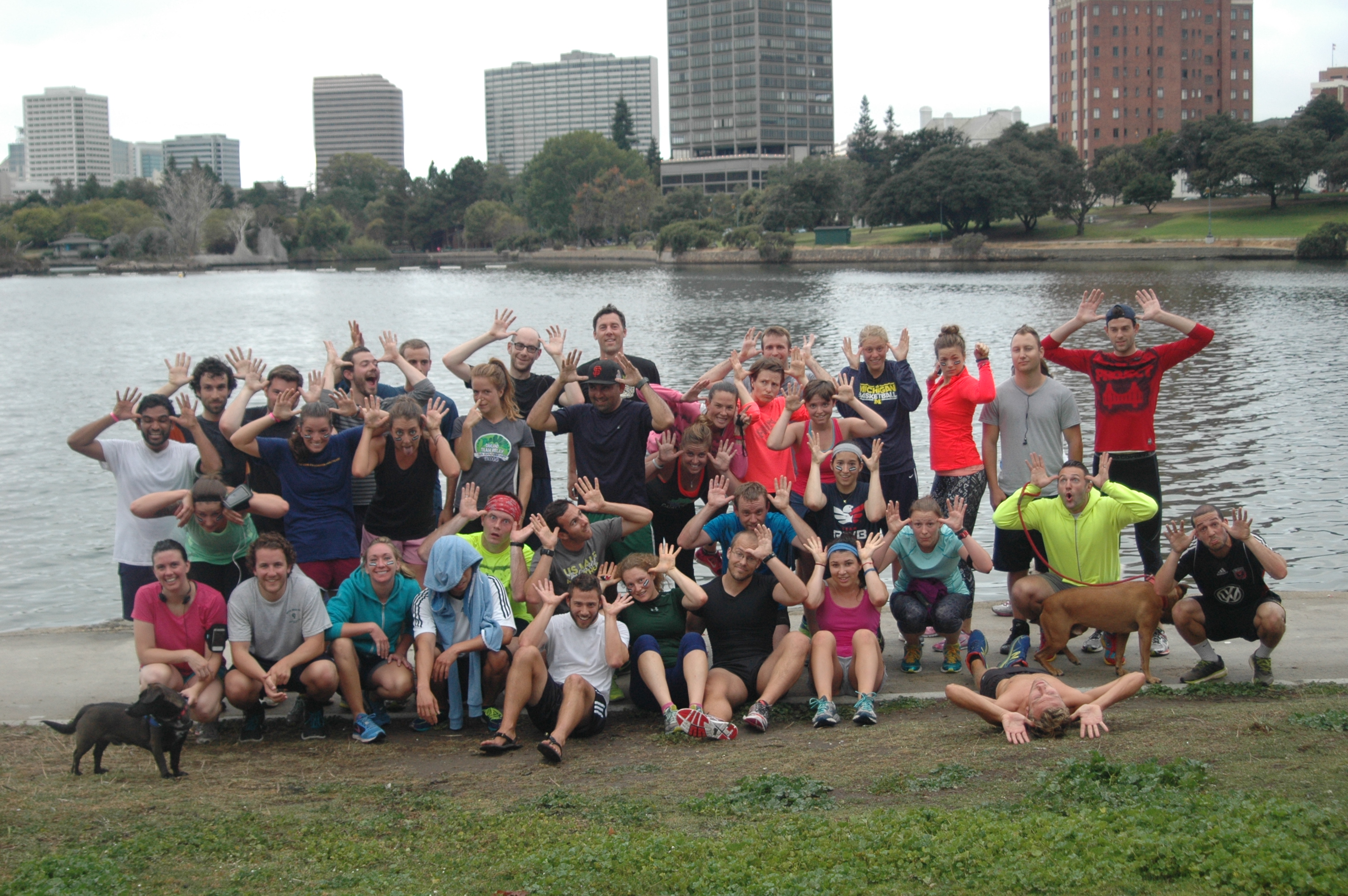 What happens when you put a Northeastern man, an Englishman, a Texan, an Irishman and a Kiwi lady into a Mazda 3 stuck in traffic on the Bay Bridge… 30 minutes of awful bastardised cliches describing today’s workout:

“First things first, let’s not put the cart before the horse or throw the baby out with the bathwater, but we can safely say we crushed the Oakland steps this morning. When the O-crew requested an East Bay workout, we reckoned we’d cross that bridge when we came to it, and hoped we wouldn’t give those East Bayers a centimetre and they’d take a kilometre. But instead, they gave us a knarley set of steps and hills at Cleveland Cascade.

It might have been the case of too many cooks spoiling the broth when another workout group was occupying the steps, but they moved on once they realised there was plenty more fish in the sea. So all hands on the deck, off we went up the steps. 30 minutes later, some of us looked like long-tailed cats in a room full of rocking chairs. But here does the Pope shit in the woods? Let’s get real, you are what you eat and we ate some #hillsforbreakfast. You’re not over that hill… you went over it, down the other side, up another hill and then back in the same direction you came!

What we really have to ask ourselves, is the grass always greener on the other side? I’m not really sure but was pretty damn green on the shores of Lake Merritt.”

Also a quick reminder that the whole #NP17 is invited to the #NPSUMMIT2014. Here’s a quick highlight reel from last year’s Summit in Edmonton. You’ll get the opportunity to challenge Dan & Paddy and the leaders off all the tribes across North America in the North Face Endurance Challenge. REGISTER HERE.

Big shout out to some people from this morning:

See you at Fort Mason, Monday morning at 6.25am!