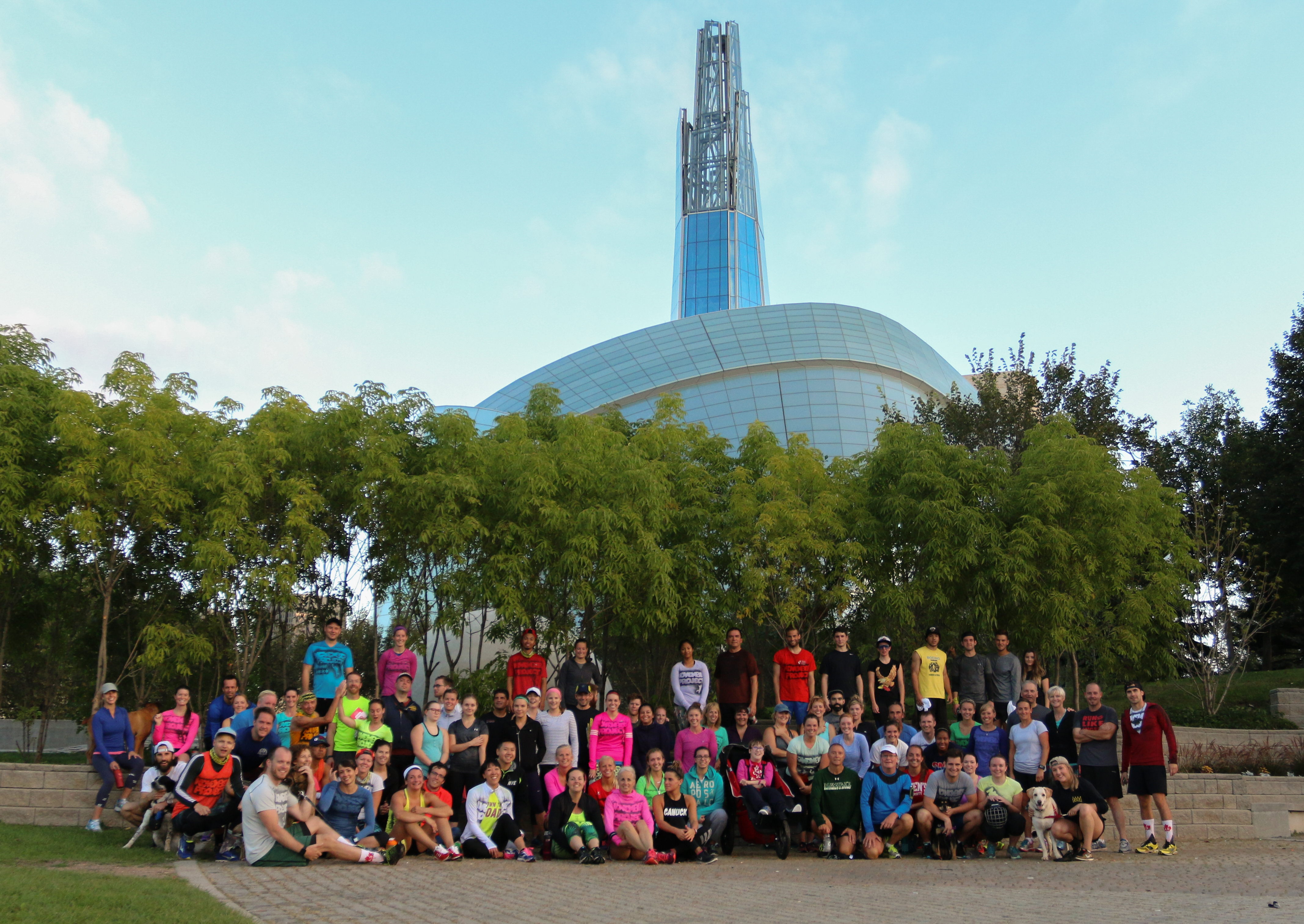 Today, the tribe pulled through once again with an amazing display of community by filling up Rick’s truck with shoes for those in need. We had this planned for just over a month, and we were skeptical that we would actually get enough shoes to fill the box of his truck up. But fill it we did. Thank you everyone who came and donated. These shoes will go to Lighthouse Mission in Winnipeg, through Project Echo. With a quick ‘shoe’ search on Spotify, we also had some interesting tunes to work out to this morning.

We had broken down our tribe goals into three pillars about a month ago: Community involvement, NP social, and Tribe fitness. This shoe drive was the first part of our community involvement and making Winnipeg a better place (see: changing chemistry). We had one NP Social night in August already, thanks to the idea by Megan and Renee (if anyone else wants to shotgun the next one, get in touch with one of us leaders with your ideas). Finally, the group fitness goal we had decided on was the WFPS Run in October.

The registration for this run closes tonight. I ran it last year, with two friends I made through NP, and set a goal, and with their help I hit that goal (by seconds). It’s organized by Jonathon Torchia, who also runs the Winnipeg Run Club, and he attends our workouts when he’s not training for marathons or Iron Man races. So go sign up, run either 5km, 10km or a Half Marathon, and wear your grassroots gear. We will organize something after the race for those from NP who showed up and raced or cheered, so get at it! Register here.

Today was PR day, and Ivan graciously donated three gift certificates for Nuburger again. Just in time for burger week. Have you seen the line up? It’s got me drooling. I’ve already tried the Stella’s one, it’s amazing. Anyway, I digress. PR day; I think that’s one of the fastest finishing times we’ve seen. A battle royale between Jamie and Graeme. A finishing time of 13:22. That’s really fast. (Gotta get back to work on my speed…) Many of you PR’d today, it’s good to see everyone getting faster and fitter. I reckon we have two or three more of those PR days left before we have to move to the parking garage.

As the mornings get darker, and the air gets colder, some people find it hard to get out of bed to workout. But just remember, the winter workouts are usually the most fun. This is when NP YWG shows what we’re made of. This is when we earn our #weatherproof designation. We are the only tribe that has worked out on a frozen river, or hosted a Sunrise 6km race on ice. We battle mosquitoes in the summer, and -40C in the winter, and we’re proud of it. We are tough, #weatherproof, and I’m looking forward to the tribe moving forward with these three pillars of NP YWG that we’ve established. So get up, and show up, every Wednesday morning. We will be there.