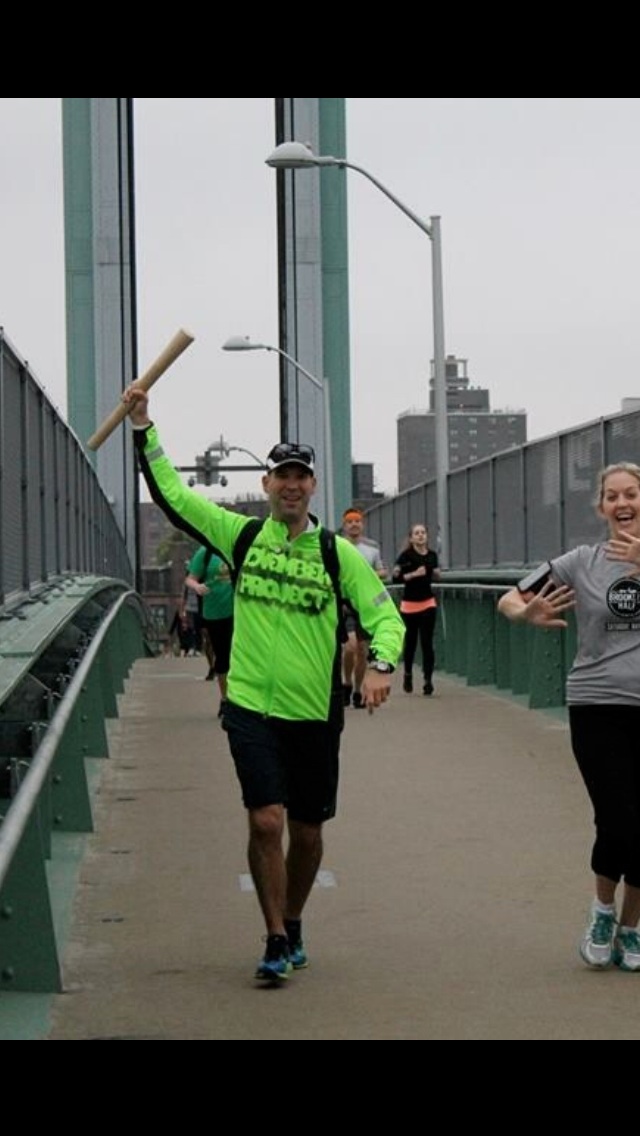 November Project: Where ‘Everything That Rises Must Converge’

As another New Year approaches, I’ve spent a lot of time thinking about how January 1, nearly four years ago, was the day I changed my life.

After that time, I became “the guy that taking a couple weeks off from drinking,” then “the guy that used to drink,” and later “the guy that doesn’t drink at all.” But what I am finally ready to identify myself as is an alcoholic. Because I should. Because I am.

Depending on how long you’ve known me, that may not be an earth-shattering revelation. My friends and family have always been there to support me and I have to thank them for helping me to get where I am today.

But 10 months ago, my life changed again.

In March, I ventured into Manhattan to run through sleeping New York City to my first workout with November Project NYC. I didn’t know on that day that the people I met there and would continue to meet through this community would have such a huge impact on my life. I didn’t know that, week after week, I’d look forward to seeing a group of friends bouncing and screaming on the East River, or watching the sun rise over Queens, or hugging a stranger and hearing them say, “I’m glad you’re here.” I didn’t know that this community, whether it’s November Project NYC or One Run for Boston or the people that I’ve met from all of the November Project tribes in other cities, would give me the strength and desire to be who I really am.

At November Project, I met a group of people that puts it all out there, all the time, with their bodies and their hearts. These people come together from all walks of life to support each other without any questions — all at face value. They bring my favorite quote to life and give it new meaning:

“At the summit you will find yourselves united with all those who, from every direction, have made the same ascent. For everything that rises must converge.”— Pierre Teilhard de Chardin

I’ve seen the way some of these people have shared their own stories of personal struggles and internal demons to reach a place of greater good. Seeing that has pushed me to be more open about sharing my own story.

Around the same time I stopped drinking in early 2011, I began to identify myself as a runner. I started to devote all of my time to the sport — running countless races like the Army 10 Miler, the Tunnel to Towers 5K, and, of course, the New York City Marathon. I enjoyed afternoon runs, early morning runs, long weekend runs, and probably posted about all of them way too much on Facebook. But I loved it. I enjoyed all of the comments from everyone — even the comments that say I post too much about running.

If one person reads this and thinks, “Thanks, Pete. I’m going to go for a run!” I’ll be psyched. But if another person reads this and it somehow touches them and inspires them to finally shed whatever is holding them back from being the best they can be, then I’ll be the happiest guy alive.

Being upfront about my sobriety is being upfront about who I am. So many times over the last few years, I’ve thought to myself, “I wouldn’t be experiencing any of this if I was still drinking.” Sobriety gives me my freedom and I’m thankful for all of the things I now get to experience.

When I show up to November Project NYC every Wednesday before the sun rises and I see my people bouncing and screaming and hugging and smiling on the East River, I can’t help but think, “I’m here because I’m sober.” If I was still drinking on Tuesdays, there would be no Wednesdays. There’d be no runs, no hugs — nothing.

So now you know why I only have one answer when you ask me, “Are you good?”