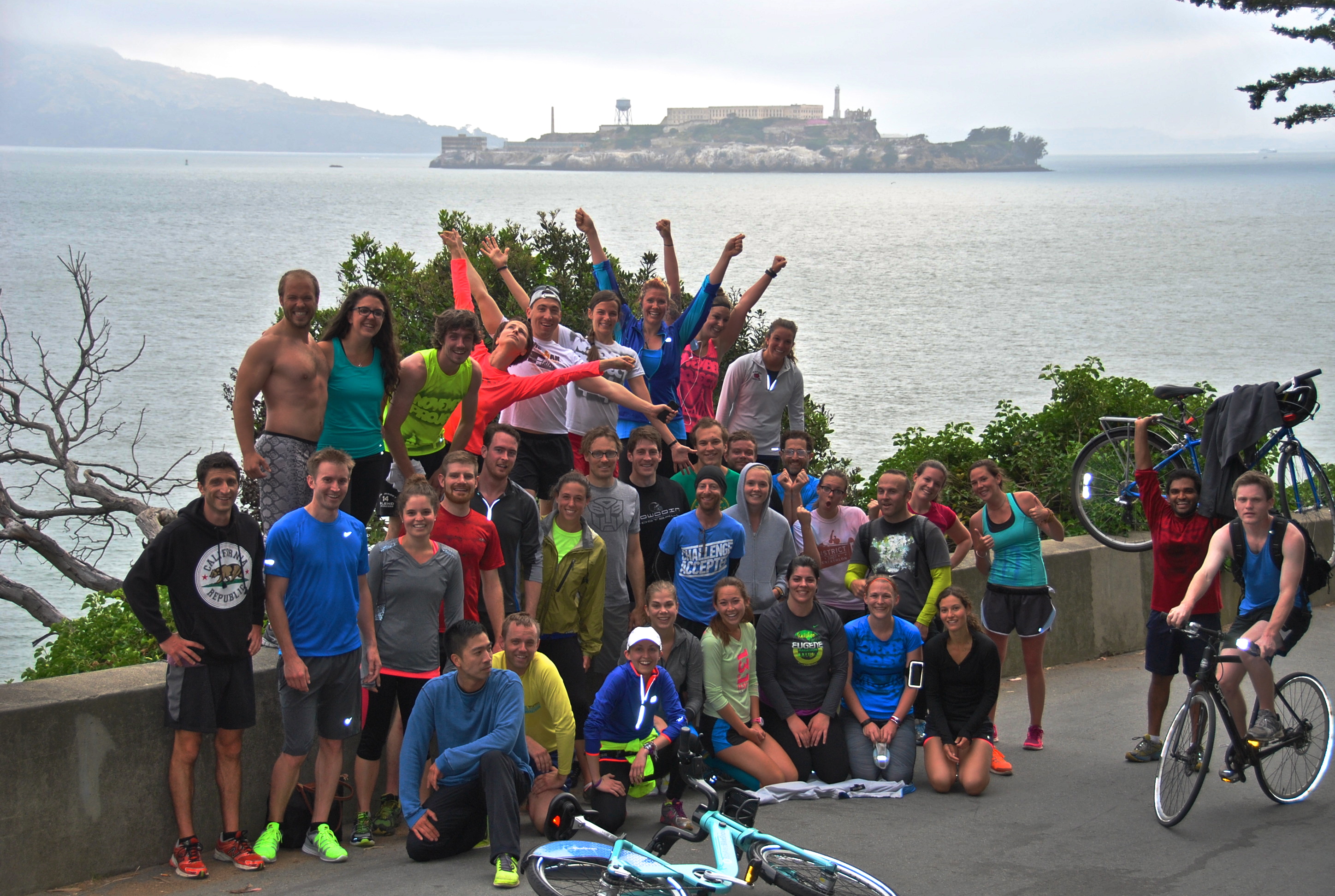 This morning we ran hills at Fort Mason. On the first ascent everyone was all like, “hey, cool, this hill is short!” But then after a bit they were all like, “hey, WTF, I’ve done this hill 20 times!” Needless to say, the tribe got their workout in, and did so with the looming backdrop of Azkaban in the distance. Azkaban or Alcatraz? I can never remember which one is real and which one is for very evil, very fictional wizards…

Although it may seem like everything Laura and I do is deliberate and meticulously planned, I have a confession to make; we BARELY know what is going on. We just talk louder than you guys and half the time you seem to pay attention. It is definitely still a learning process. For instance, during a game of warm-up categories this morning, Clayton tried to isolate Rob Cannon for his propensity for male leg shaving (his own legs, I might add) by asking all people who shaved their legs this week to head to the middle of the warm-up circle. He quickly realized that what he actually accomplished was asking every woman in the group a somewhat invasive question about their personal hygiene. Not smooth, Clayton. On a separate occasion this same morning, Clayton was seen yelling “LETS GO MAN! BURN OFF ALL THAT PAKISTANI FOOD!” at Sunish. What many of you (and 100% of bystanders) didn’t realize is that Sunish and friends have Pakistani food every Wednesday night in the mission, and I happened to join him this week. But all onlookers saw was some tall guy in a weird yellow hat yelling racist-ass shit at the presumably Pakistani kid running hills. So, moral of the story is, cut Clayton some slack, he’s trying his best. Also, Sunish is Indian.

Perceived racism aside, it was a great morning. Thanks for coming out! Have a terrific weekend!