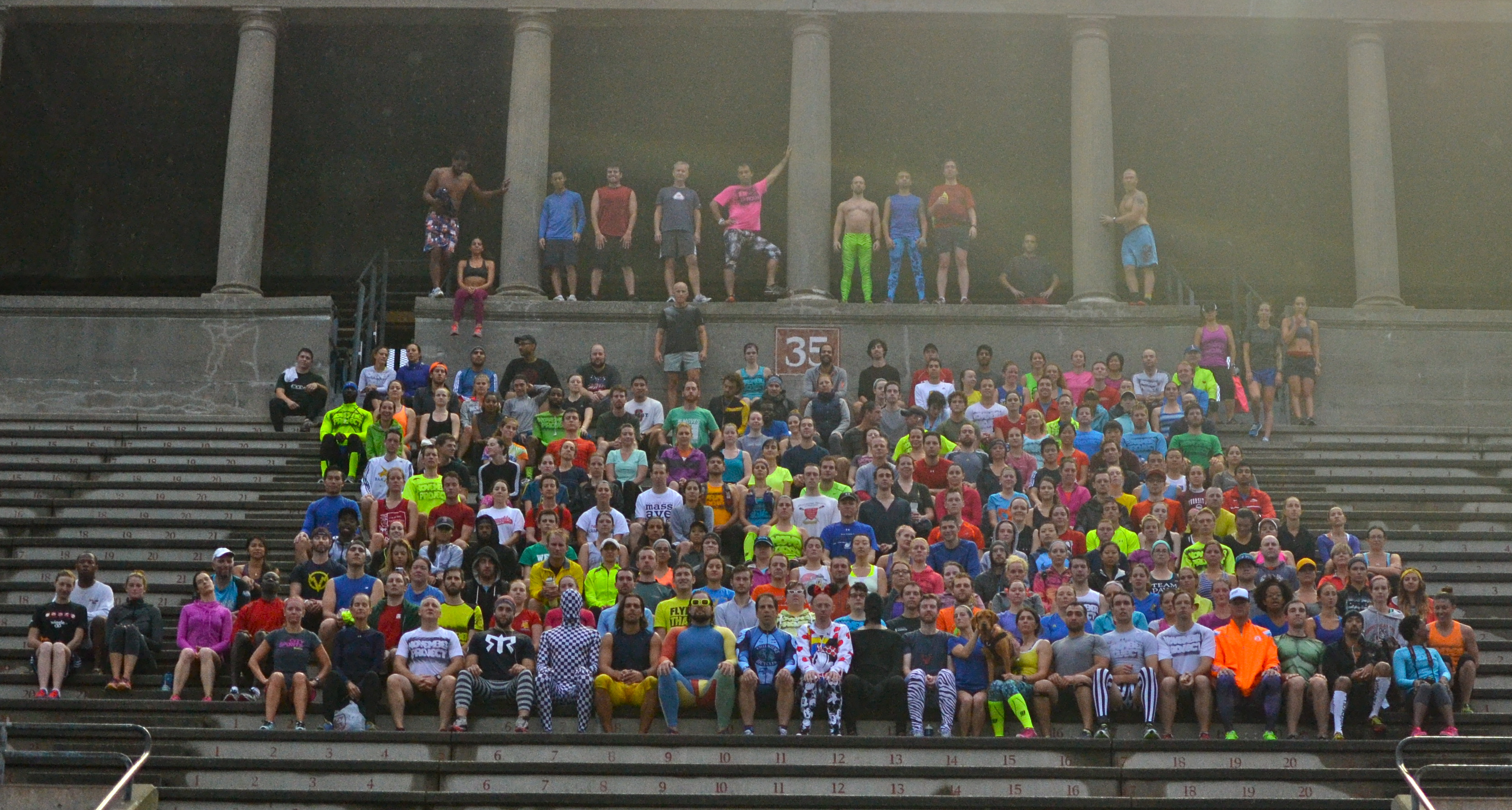 This week I will be leading NP_BOS by myself. My friend and a co-founder of November Project, Brogan Graham, is out on the West Coast attending to a family situation. This family situation is very peculiar and it blows my Serbian mind but before I get into too many details I need to provide you with some background information.

Brogan comes from a hippy family of loving parents where he was, in his own words “raised FREE-range in Madison, WI”. This means that anything that he wanted to do he ended up doing not because his parents didn’t care, but because his parents weren’t able to stop him. He outgrew his 6-foot tall mother before the 8th grade. He’s been wearing size 16 shoes since the junior high. Most importantly with that large body came the larger-than-life personality. This is the personality that I was introduced to in the spring of 2002, when my frosted-tipped, capri-pants-and-fannypack-wearing, European ass landed on the US soil for the first time. And this is the personality I got to enjoy and get to know pretty well for the past 12-13 years.

So when I heard about his week long trip to San Diego, I couldn’t believe what he was saying. He told me that he’s leaving Boston to go to San Diego to wait for his sister-in-law to give birth to his new niece or nephew. Wait, so you’re saying that Brogan Graham that used to wear camouflage uniform to a swim meet for a no reason, or spend the night sleeping on the Mass ave bridge foundation just to see how it is, will be sitting in the waiting room in San Diego hospital waiting for a birth of child that is not his? I was amazed! And then I immediately start thinking – AM I A SHITTY UNCLE!?

I have many nieces and nephews, and I wasn’t present for any of their births even though some of them live just four hours away from Boston. So in panic I start asking around if this was just me being foreign and not knowing the customs and the proper etiquette of the uncleship, or was this something that was not very common in general. To my relief, it ended up being the later, as the family members now days are separated by thousands of miles and getting everyone in the same room for certain events is just not possible. But not in the Kaufenberg household. Brogan’s wife grew up in very tightly-knit family that even though is currently spread out around the country, will make sure to be present for all the big, life altering, events. So when they found out that the newest addition to their family will be dropping by sometimes this week they all got on planes, trains, and automobiles to be there for it. Brogan, now being the part of this family, also wanted to be there. As the smart woman once wrote on a whiteboard:

So why am I telling you all this? Because the baby was born yesterday – congratulations to the proud parents! Unfortunately, this baby still doesn’t have a name. So we as a tribe decided to help with the baby naming process. Many of the suggestions didn’t make it into the photo album due to the weather and lack of resources but I encourage each and every one of you to get onto our social media channels and send your baby naming suggestions by using #NPBabyName hashtag. Even if the parents decide to ignore our suggestions, this will be a great collection of names for the parents to come. Who knows, maybe one day, we may even write a book of the baby names.

See you all on Friday!