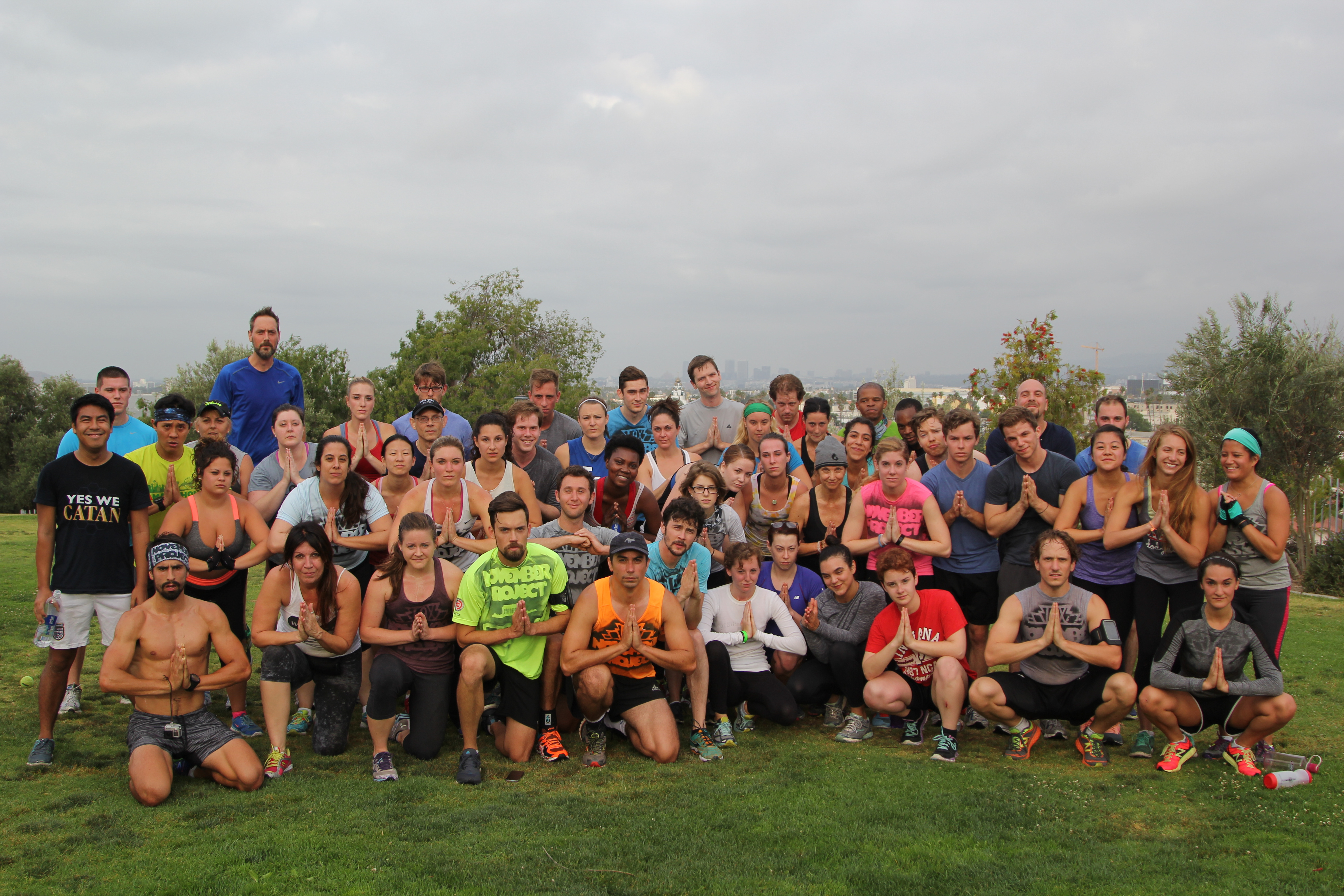 Friday morning… a grey morning in LA. It’s not a common occurrence, but this year the city is living up to the term “June Gloom”. Honestly, it’s the first time I’ve experienced almost a week of cloudy mornings straight in my three years of life in this fine city… and honestly, I’m not mad about it. Because on cloudy days, the ones where you want to pull the blinds shut, catch those extra couple hours, I have my tribe to let the sun shine in. Yeah, I know it’s a Hair reference, but it’s as real as it gets with NP LAX.

This morning we brought our light to the Barnsdall Art Park in Los Feliz, a place I had only just discovered the week before, despite living less than two miles away. LA is funny like that, it’s such a big place and we spend so much time in our cars that little gems like these can be hiding right under our nose. But this morning, this muggy, dim morning, we woke that place the fuck up. From the burpees in view of the Observatory to the box jumps over a precariously high ledge, your energy radiated from one end of the park to the other. People were staring, and most importantly, they were smiling along with us.

Always looking to add a little weird to the morning routine, we had you all bow and show respect to a super colorful (and super random) statue/pole at the bottom of our staircase. At first it started as just a thing to do, a place to quickly be goofy and turn around to continue the fun, but the more I thought about it the more I realized it stood for something more. You all get up at the ass crack of dawn because of respect. You respect yourselves because you’re committing to show up, run hard, and exude the best selves you can be first thing in the morning. You respect your tribe because they rely on you to not only be there physically, but to be the extra push that they need as they are for you when the time comes. Respect is a key to success, and you succeed by having respect. Treat your day like that statue… take a moment to recognize the importance of being there, then go and kick the living shit out of it. And as always…

Friday, June 19th – Sunrise 6K 2 – Return of the Sunrise 6k! We’ll be meeting at the entrance to the Santa Monica Pier at 6:27 am, and will be running to become the fastest tribe in the nation. Last time we came in third… I want that number one spot!

Monday, June 29th – WE’RE MAKING NEWS! ABC will be joining us at Baxter Street at 6 am for some live hits and damn steep hills. Be there, make sure you have #GrassrootsGear