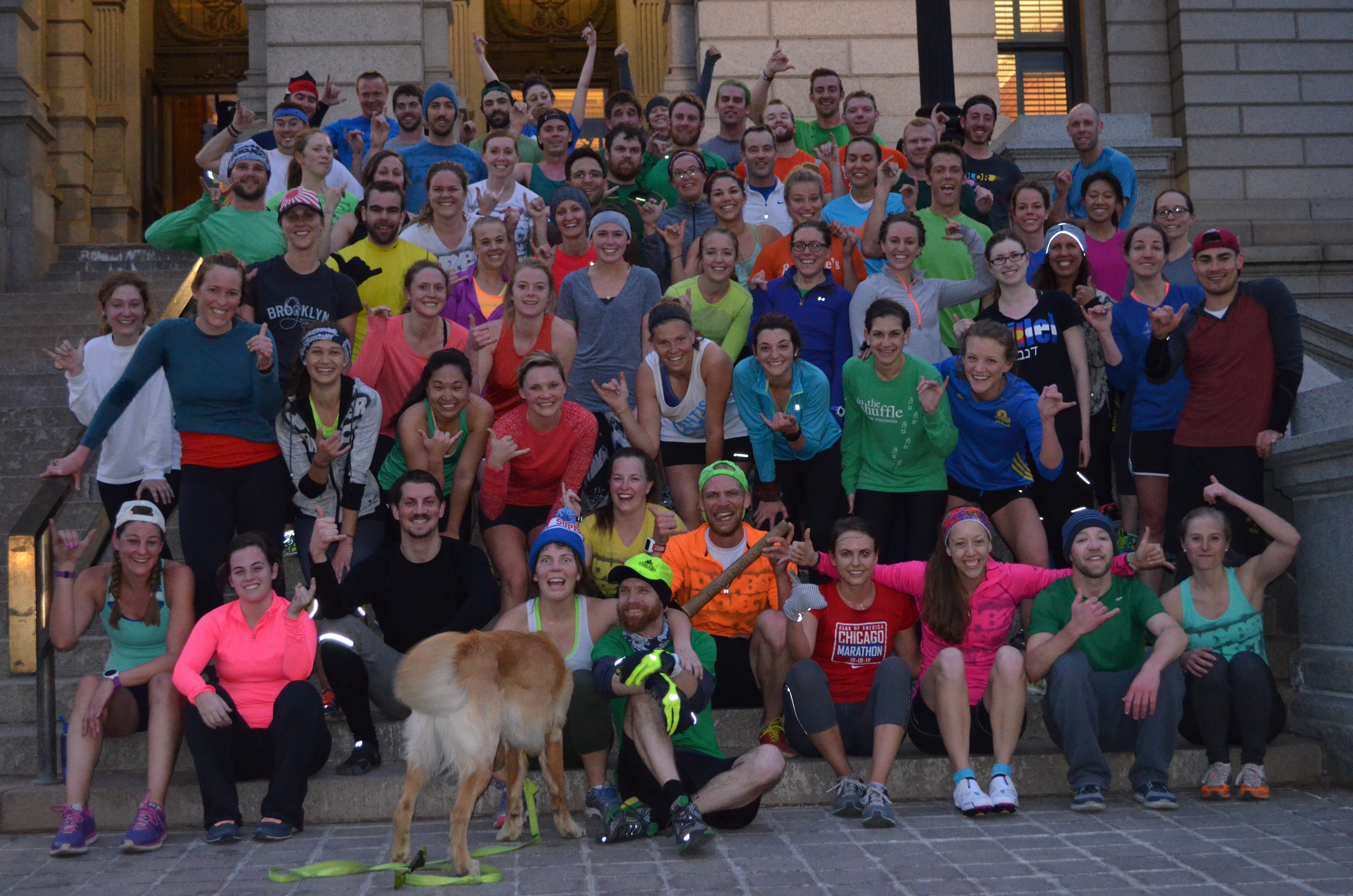 Today was a morning just like any other morning.

The LieutenantGeneral had absolutely no workout planned for the 530 group, and instead tried to convince them that they just showed up too early for the 615 group. #OneGuinessTwoGuinessNoGuiness

Thank goodness we had Madison on our minds and playing cards in our pockets. Otherwise, the tribe would have just watched the wakeup call from November Project Madison’s Co-Leader, Jazzy Jeff, on repeat for 45-minutes. #SuperCrisp

So one-Legged burpees, is that our thing now, #NP5280? I don’t know where it came from, or why we keep doing the most awkward exercise ever invented by Brogan, but it does kinda feel like hard work.

Drew ran 45 miles last weekend, crushed today’s workout, will be racing hills on Friday (we hope… verbal??), and is planning to run 30 miles this weekend. Wanna join him for some miles while he trains for his 100K? Tweet at him.  If you missed it, Drew hugged the POSITIVITY AWARD over to Matthew.

Follow Matthew as he posts a picture on Facebook every hour for the next week in the album: The Adventures in Positivity (Award). Challenge Accepted, Matthew??

Buckley got tired after her 78th one legged burpee, and really dogged the rest of the workout. Ba Dun Paaah!!

Today’s High Resolution photos were not brought to you by, Morgan Anderson, but instead by her stalwart camera. Morgan was too sick to workout today, yet still found the strength/desire/will/savvy/passion/dedication to arrive at 6AM to hand off her camera to the LieutenantGeneral. You are swell, Morgan. We are glad you are here.