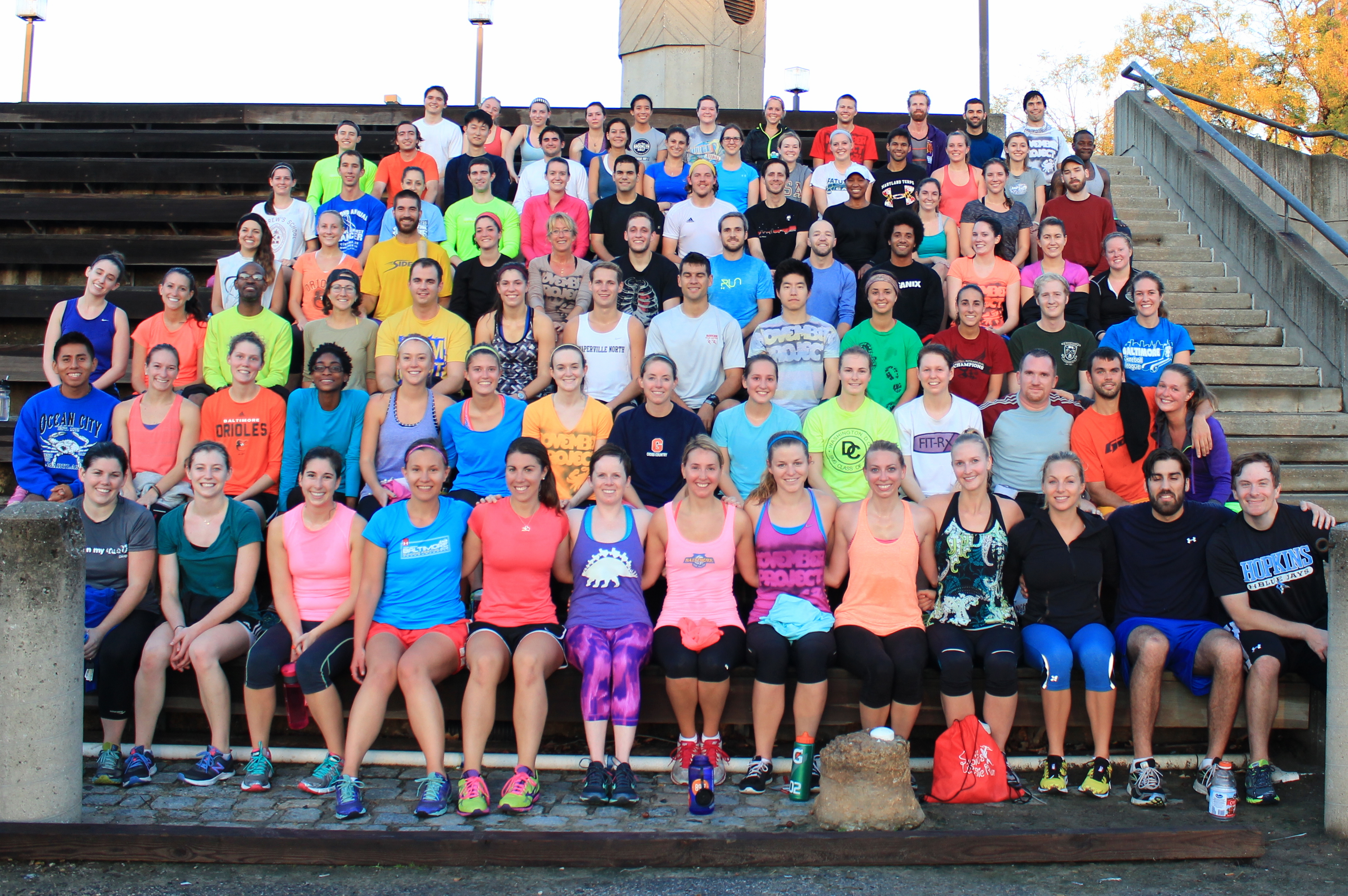 Major FOMO to those that skipped out on today’s workout. Why you may ask? *in the sweetest voice that ever graced this planet* Well because, for one, there was a f*cking lunar eclipse blood moon. What?! It may have occurred because the NP_BAL 5:30 crew had so much bounce, it just sucked the energy straight outta that moon…..Okay, yeah, that was lame but just admit that you loved it. Or pretend that you did. Mean Girls fake it.

But this morning also rocked because the tribe took on the epic FOURSOME workout that usually blows peoples’ minds…and legs…in the process. Quick recap to set your nerves on edge: teams of 4 tackling 500 mountain climbers, 400 squats, 300 lunges, 200 push-ups, and 100 box jumps + one full set of stairs in between each completed workout. Oh and you can only have 2 people working at one time. Oh and you can only do 10 reps at once. It was even more epic and slightly less confusing than the actual workout itself. Props to those crazy #doubleverbal-ers that decided a bit of pain was worth the glory of uping up their ante.

Big BOOM to our boy Jon who kills it at being all that NP_BAL is and for being the most positive this week!

Oh, and yeah – guess you could say the tribe did an okay job at recruiting today. ONE HUNDRED AND NINE showed up this morning. We are so close to #125 we are picking out ‘125’ party themes. Let me tell you, they are super easy to come by – that section of Party City is always sold out. We want to bring all sorts of #freefitness to the Charm City land and you are doing a kickass job of spreading the word. YOU, NP_BAL, are what makes it easy to get up for. This is your tribe and it is growing. This is your accomplishment just as much as it is ours.

NEWS: NP is taking over the Baltimore Running Festival with an epic water station. Just be there. Seriously.

And give Gio a beer when you see him next – he captures the photo essence of NP and we owe him always.

One Reply to “Moon Foursomes (BAL)”